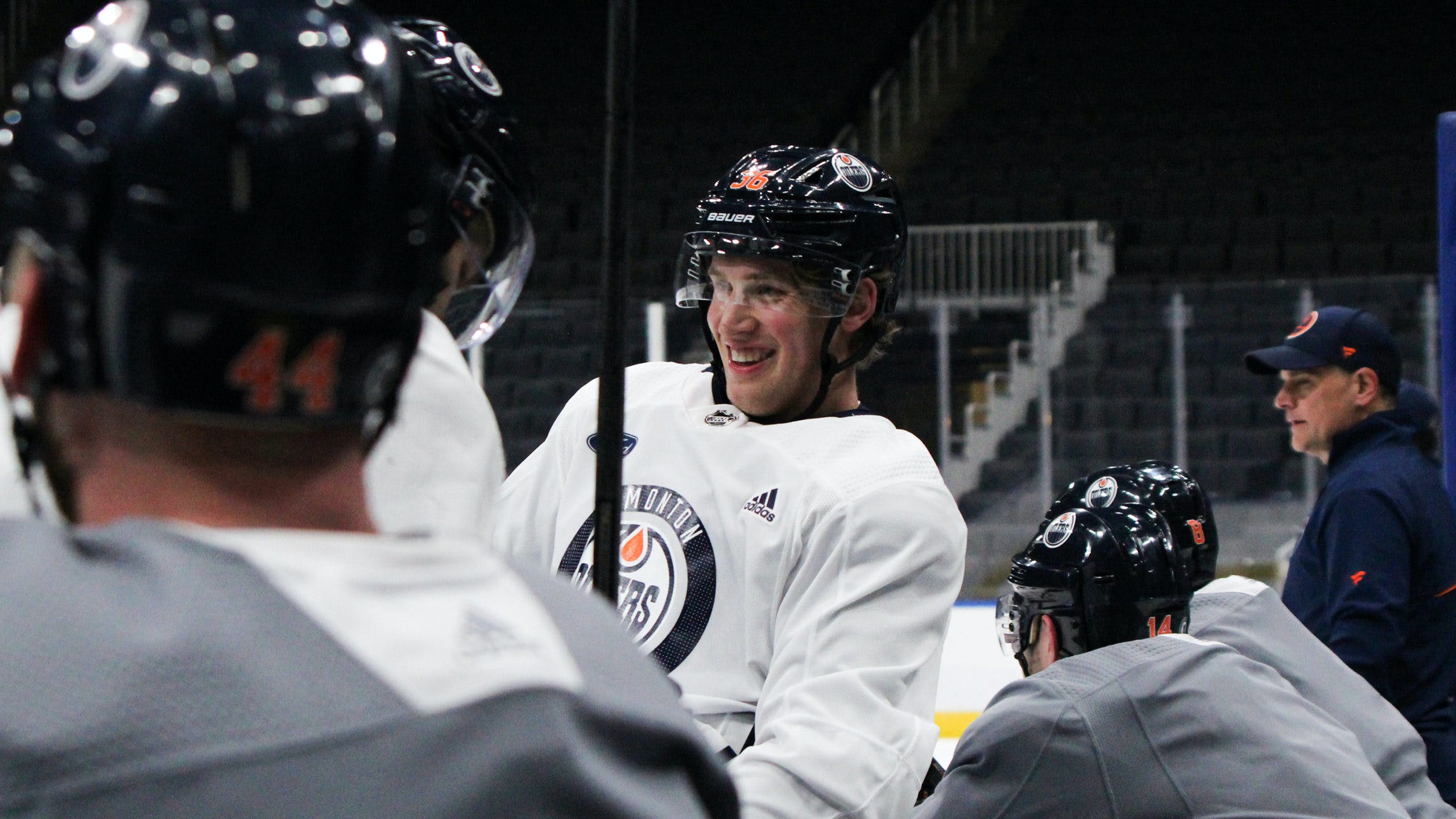 By Zach Laing
10 months ago
It has been a minute.
But on Friday morning, Edmonton Oilers prospect Dylan Holloway joined the team for practice.
Holloway skated on the Oilers top line alongside Leon Draisaitl and Warren Foegele, filling in for Kailer Yamamoto, who left the ice before drills started, 630 CHED’s Reid Wilkins noted. It marks the first time he joined the big club for practices this season as he recovers from an injury to his wrist.
The injury originally occurred last March while playing for the University of Wisconsin and Holloway underwent surgery for it this spring. But in September, Holloway underwent another surgery for his wrist.
Holloway came in as OilersNation’s second-ranked prospect in the organization. Here is some of what Cam Lewis wrote about Holloway:

Likely the biggest bright spot among Edmonton Oilers’ prospects last season was the performance of 2020 first-round pick Dylan Holloway.
When the Oilers selected Holloway with the No. 14 overall pick last fall, there was a little bit of skepticism around the choice as he seemed to profile more as a middle-six, checking forward rather than an offensive dynamo that would usually go in the first half of the first round.
That perspective has largely been erased thanks to the post-draft season Holloway just put together for the Wisconsin Badgers. Holloway finished fifth in scoring among all NCAA players in 2020-21, a major breakout after his Freshman performance the year before.
There was talk that Holloway could push for a spot on the Oilers out of training camp this season, but, unfortunately, that’ll be put on hold as he underwent wrist surgery and will miss at least the first three months of 2021-22. This is obviously an unfortunate blow, but it’s better Holloway misses time and puts the issue behind him because he’s a very important player for the organization moving forward.

Ultimately, the right move for Holloway right now would be an AHL assignment where he can get up to speed with the pro game. While he did sign a PTO with the Bakersfield Condors last spring, he didn’t appear in any games with the team.
Zach Laing is the Nation Network’s news director and senior columnist. He can be followed on Twitter at @zjlaing, or reached by email at zach@oilersnation.com.
Nation Takes
News
Oilers Talk
Recent articles from Zach Laing