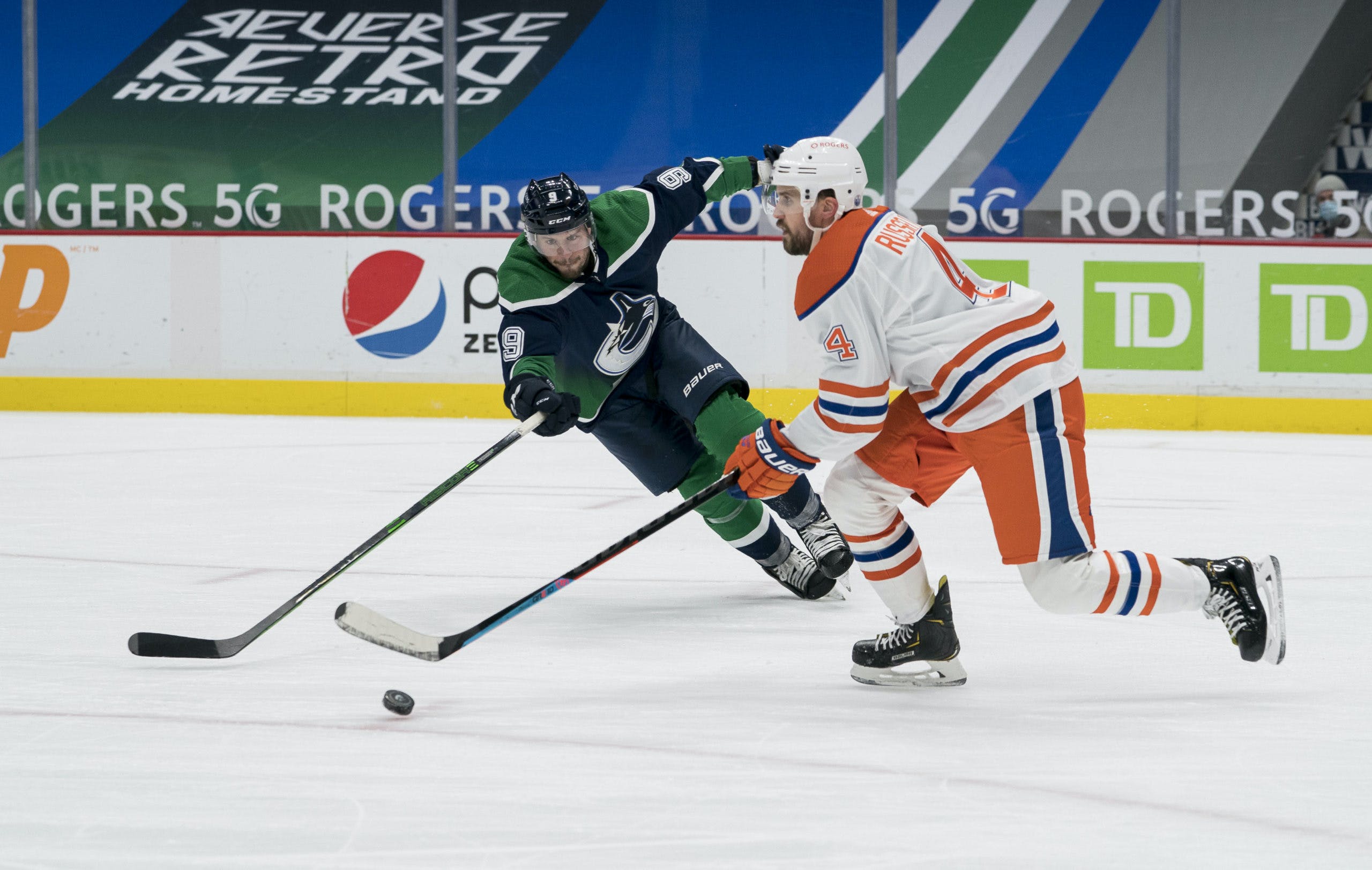 Finally, Kris Russell is about to be appropriately paid. Not a knock on the player, but a $4-million deal over the four years he was paid was… far too rich.
Nonetheless, Russell’s 2020-21 campaign was about what you would expect it to be. He became an extra defenceman on the backend but still appeared in 35 games and scored nine points. While I don’t love +/- as a stat, he was even, so that’s good I suppose.
He blocked 75 shots, much like you would expect for someone on the precipice of becoming the all-time leader in said category. (Russell is just 23 shot blocks away from surpassing Brent Seabrook for the top spot.)
His underlying numbers? Nothing to write home about. With him on the ice at 5×5, the Oilers controlled 44.27 percent of the shot attempts, 50 percent of the goals and 43.4 percent of the expected goal share.
Russell did, however, have some strong underlying defensive stats. While allowing a lot of shot attempts, Russell allowed just 1.83 goals against per hour at 5×5 — the best on the team. His xGA/60 of 2.02 came fourth behind Ethan Bear, Adam Larsson and Dmitry Kulikov, respectively.
His 5×5 offensive output per hour, .86 points per 60, was the highest of his entire career. Not only that, but his individual point production (47.06), individual shot attempts per hour (9.15) and rebounds created per hour (.65) were all the highest of his career, too.
You can probably point to that being in thanks to his most common forward linemates of Leon Draisaitl and Kailer Yamamoto, but the offensive players he’s played the most with in the three years prior are Connor McDavid, Draisaitl and Ryan Nugent-Hopkins.
Kris Russell truly makes no sense.
Nonetheless, his even-strength isolated impacts, according to hockeyviz.com, are about what you’d expect: 11 percent below average offensively and six percent above league average defensively.
This upcoming year Russell will be what he was last year: a sixth or seventh defenceman who can provide solid defensive value when he hits the ice. And to be fair, that’s all the Oilers need him to be. Slater Koekkoek has supplanted him for the #3LRD spot and that’s a good thing for the team.
Zach Laing is the Nation Network’s news director and senior columnist. He can be followed on Twitter at @zjlaing, or reached by email at zach@oilersnation.com.
Nation Takes
News
Oilers Talk
Recent articles from Zach Laing