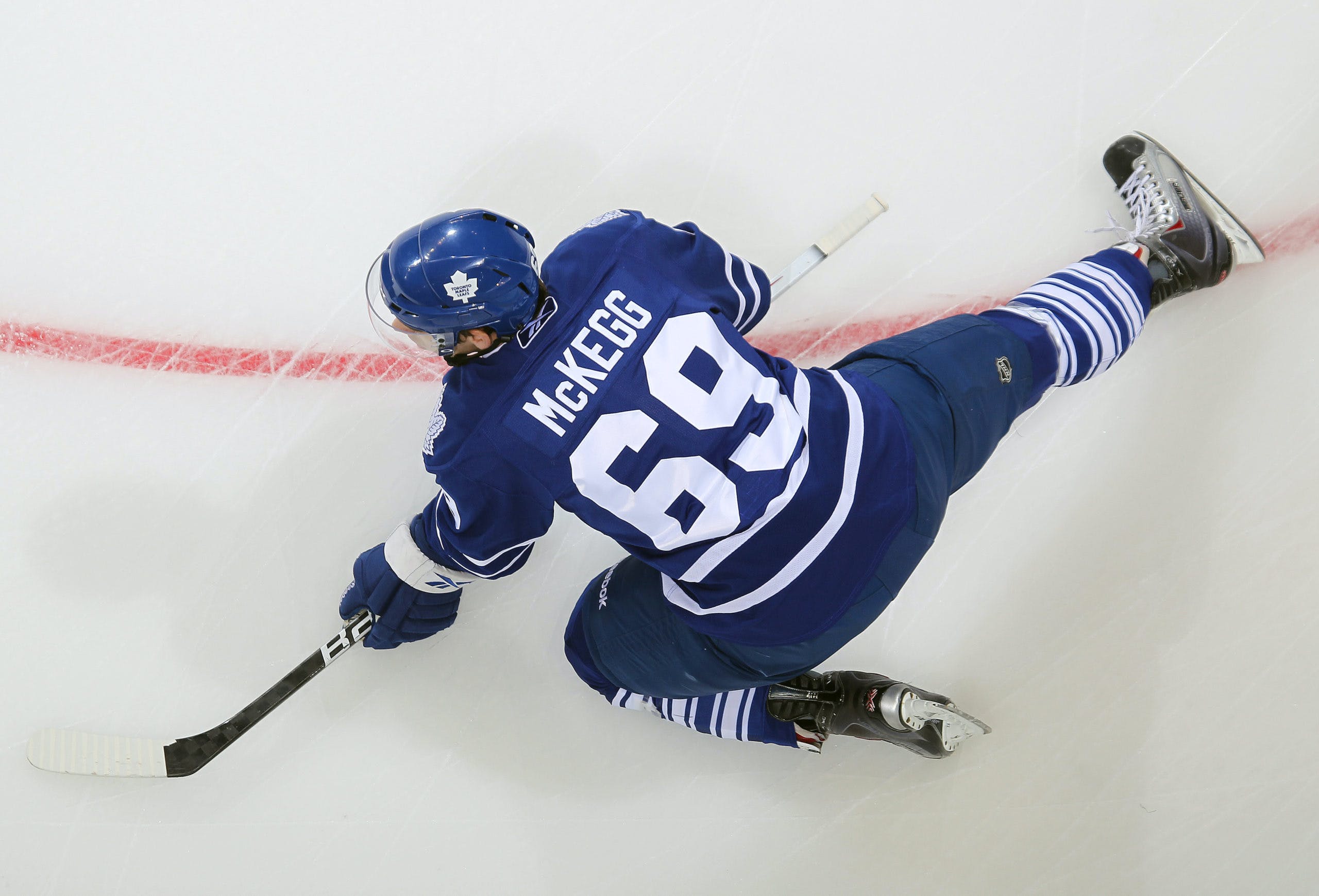 By Zach Laing
4 months ago
The Edmonton Oilers have signed forward Greg McKegg to a two-year contract, Sportsnet’s Elliotte Friedman reported Wednesday.
As announced by the Oilers, McKegg will earn an AAV of $762,500.
McKegg, 30, has bounced between the AHL and the NHL over his career and spent last season with the New York Rangers. There, he appeared in 43 games scoring two goals and five points.
Taken by the Toronto Maple Leafs in the 3rd round of the 2010 draft, McKegg’s underlying numbers weren’t great last year. He provided offence at an eight percent rate below league average and defence at an 11 percent rate below league average.
With him on the ice at 5×5 last year, the Rangers controlled just 38.83 percent of the shot attempts, 34.87 percent of the scoring chances, 26.92 percent of the goals scored, and 36.29 percent of the expected goal share. A very low PDO of 96.1 suggests there’s big room for improvement, but the numbers aren’t promising.
Given the two-way status of the deal, it’s likely that McKegg will be a depth signing for the Bakersfield Condors.
Zach Laing is the Nation Network’s news director and senior columnist. He can be followed on Twitter at @zjlaing, or reached by email at zach@oilersnation.com.