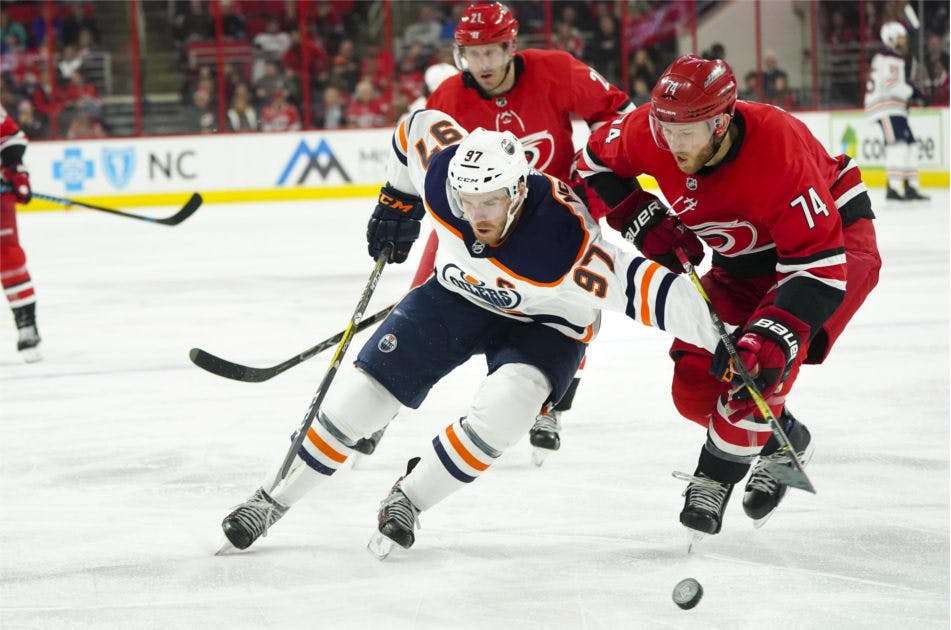 By baggedmilk
11 months ago
This week has been intense for Edmonton Oilers as they’ve worked through arguably the toughest stretch of the season so far, and things don’t get any easier in tonight’s as they square off against the 18-6-1 Carolina Hurricanes.
This is one of those games where we’ll find out very quickly if the Oilers are going to have a chance or not by they compete early on. If the boys are actually ready to go from the crease on out then they should be in the mix when the final buzzer sounds, but if it takes them a period or two to get going, the Hurricanes have more than enough talent to put them in a hole where they won’t be able to climb out. On Thursday against Boston, the Oilers actually had a decent enough start but they couldn’t find a way to score, which gave the Bruins the opening they needed to get on the board first and put our boys behind again. The Oilers will need that same level of effort and shoot-first mentality against Carolina, but they need to find a way to get their offence going to back up the hustle with some execution. I don’t care if the boys have to keep their sticks in the garbage can before the game starts, head to the streets to find a sacrifice, or start challenging each other to cage rages as inspiration to get greasy, the Oilers absolutely need to figure out different ways to score goals than simply off the rush or on the power play. They need more than or two pitches, ya know? Not only do they need to find some goals, but they also need to find some balance in how that happens.
At the other end of the ice, the Hurricanes are a very strong team that will undoubtedly be a huge test for an Oilers team that is struggling to stay afloat on both sides of the play right now. They’re skilled, they’re fast, they get scoring from throughout their lineup, and it’s no fluke that Carolina is once again near the top of the NHL standings, making the need for a 60-minute effort all the more important. Anything less could potentially mean a very long night during a nationally televised game, and I’d rather avoid the entire country kicking sand at us while we’re down. It’s rough enough being an Oilers fan and dealing with the frustrating that comes with a four-game losing streak let alone having the team drop a turd on Hockey Night in Canada and arming our rivals with even more ammunition. My point here is that all of our lives would be much easier if the Edmonton Oilers can play up to their potential and get back in the win column. As much as I know there are a lot of folks down on the team right now, the Oilers almost tend to play better against stiffer competition and I’m hopeful they’ll be able to bring that same level of urgency against Carolina. Not only that, I’m still carrying a major grudge from what happened back in 2006 and the only thing that can quiet that beast is hanging a W on the board and putting two points in the bank.
Let’s see what the numbers say.

Hyman – McDavid – Puljujarvi
RNH – Draisaitl – Yamamoto
Foegele – McLeod – Kassian
Shore – Ryan – Sceviour
Nurse – Bouchard
Lagesson – Ceci
Niemelainen – Barrie
Koskinen
I don’t know what the Oilers can do to get rid of the snakebite that’s plaguing this team right now, but I can’t think of a better time for the boys to get going than tonight against the Hurricanes. Players like Nugent-Hopkins, Yamamoto, Foegele, and Kassian — the list is actually longer than that — need to find a way to chip in with some offence because having only a few players scoring all of the goals ain’t the move.
Note: No line combos have been released just yet but I’ll be sure to jump back in and make the edits when news becomes available.
UPDATE: Jack Michaels confirming that the line combos are staying the same apart from William Lagesson sliding in for the injured Kris Russell.

Niederreiter – Aho – Teravainen
Svechnikov – Staal – Fast
Jarvis – Trocheck – Necas
Stepan – Kotkaniemi – Lorentz
Slavin – Cole
Skjei – Chatfield
Smith – Bear
Andersen
Looking through the Hurricanes’ team stats, the first thing that comes to mind is how they’re getting scoring from throughout their lineup and plenty of goaltending as the foundation to make it all work. The Hurricanes also do a good job of limiting the opposition from getting quality shots on net, which could end up being a real problem for an Oilers team that is a) struggling to score and b) doesn’t shoot a whole lot to begin with.

Rod Brind’Amour after the Hurricanes’ win in Calgary:
On this win coming a little tougher than some: That’s exactly what happened. We weren’t sharp. That’s a good team. They don’t give you much. I don’t know how you saw it, but I saw it as a gross hockey game. It wasn’t fun to watch. It wasn’t fun to be a part of, to be honest with you. But like you said, we dug in. We did. We were battling. We just weren’t very sharp, and we’re probably pretty fortunate there.
On if it had a playoff feeling: The tightness of it, for sure. There wasn’t a lot of room. They didn’t give us many chances. When we did get a chance, we didn’t want to shoot. It was just a weird night for us offensively. I thought we did ok defensively. Obviously killing penalties was a big part of the game for both teams. Obviously we had a lot more to kill. I thought that was in a way what kept us in the game.
On the penalty kill to end regulation and start overtime: Exactly. You take a penalty with a minute to go, the first thing you’re thinking of is that you’ve got to get it to overtime. They did a nice job there at the end. We didn’t really give them much. It gave us a chance to win.
On the value of Aho in a game like this: That’s your best player. We rely on him to do a lot of things, and he came through for us tonight when I think a lot of guys were just having off nights. It was just hard to get anything kind of generated. Sometimes that’s what happens. Sometimes the best player just has to take over.
On if he’s more and more impressed every day with Jaccob Slavin: I’m not more impressed or anything. I can’t be more impressed about an individual. It’s just icing on the cake that he can do this. Obviously it’s not something we want to do, but we’re missing some great players. To hang around missing some of the guys we are says a lot about him because he’s doing a lot of the work, but just our group in general. 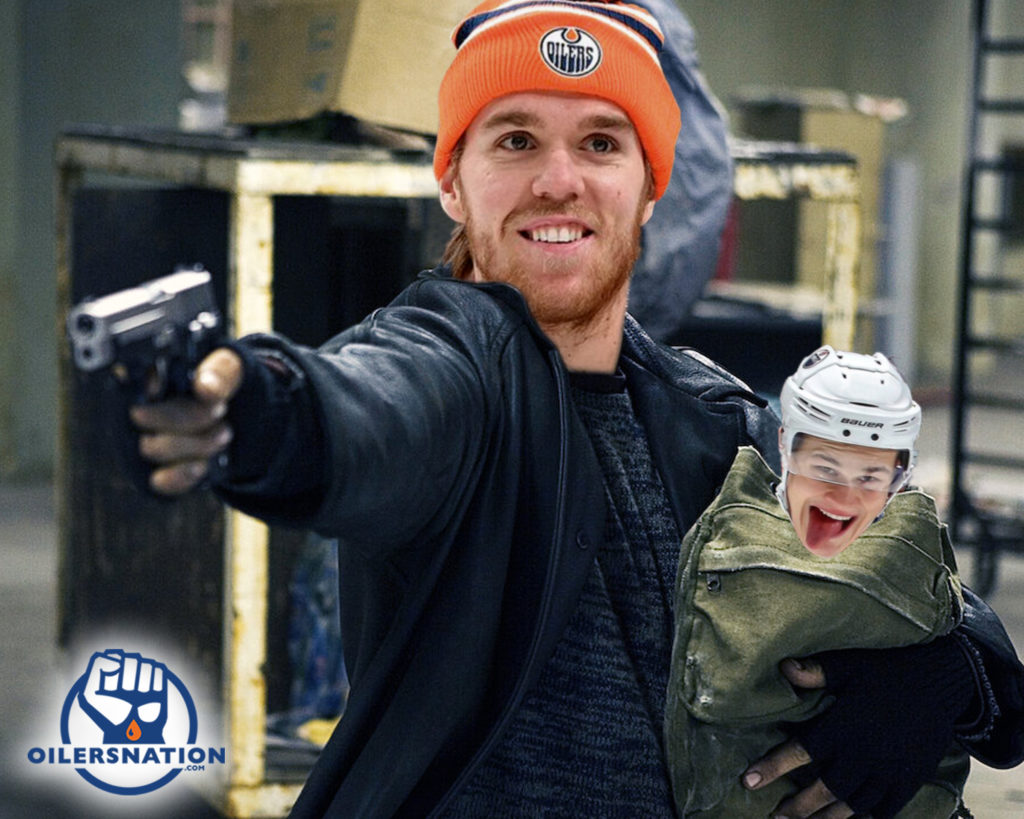