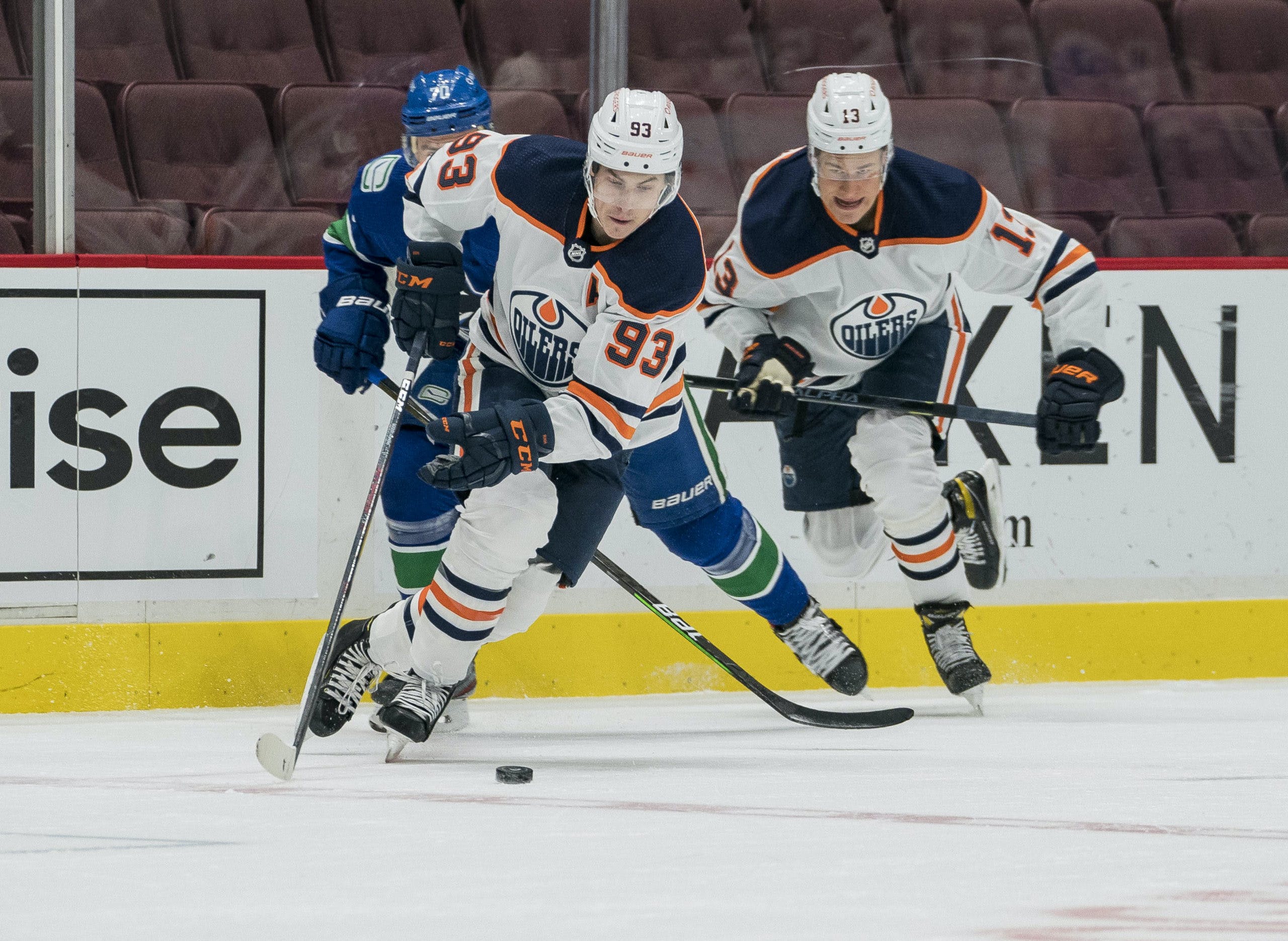 By baggedmilk
1 year ago
After an eternity of waiting, evaluation, and guessing how the pieces will all fall together, we’ve finally made it to the final preseason game of the year between the Edmonton Oilers and the Vancouver Canucks.
I don’t know about you fine folks, but I am incredibly excited that we’re finally almost done with the tune-up period because these last two weeks of meaningless preseason games have dragged on like no other. Even though I know full well that these games are meant for the players to shake off the rust and for the coaches to evaluate what kind of cards they’re playing with, I’ll be the first to admit that I’m selfish and want the games to count for real. Sure, it’s been fun to pump Lamborghini Perlini’s tires like he’s the second coming of Connor McDavid, but even that kind of shenanigans has an expiry date attached, ya know? That said, we’ve still got some work to do before the final rosters are set and I’ll be watching to see which of the “extras” leave it all on the line to try and secure their spot. Captain Obvious tells us that Connor McDavid and Leon Draisaitl are already on the team, but what about preseason king Brendan Perlini, aging vet Kyle Turris, Colton Sceviour, or former 2nd round pick Tyler Benson?
With only 60 minutes remaining for the bubble boys to make a good impression, it will be interesting to watch how Dave Tippett deploys his line combos against a Canucks lineup that will be pretty close to what we see on opening night. On Thursday night, guys like Hyman, Puljujarvi, and Nugent-Hopkins played about as much as they will on any given night, but I wonder if that will change now that most of us are looking ahead at Wednesday night’s season opener. Will Tippett want his regulars to get a few more final at-bats in ahead of launching into a new season, or will he want them rested up and healthy above all else? Does it even matter at this point? Am I worrying too much as I always do? Honestly, I really couldn’t care less about what happens tonight provided that no one gets hurt, and with guys like McDavid, Draisaitl, Nurse, etc sitting out, it appears that the coaching staff feels the same way. Either way, we’ve got three periods left before the rosters are finalized, and outside of getting the answers to the few remaining lineup decisions, all I care about is that everyone finishes the game in one piece. May the Hockey Gords grant us safe passage.

Hyman – RNH– Yamamoto
Foegele – Ryan – Turris
Perlini – Shore – Griffith
Benson – McLeod – Sceviour
Koekkoek – Bouchard
Keith – Ceci
Lagesson – Russell
Koskinen
Skinner
Yesterday, Gregor posted an interview with Jim Playfair about the defence, and rather than droning on about the pairings and line combos, I wanted to re-post this quote about what the coaching staff is looking for instead. Besides, no one has posted the line combos yet so anything I’ve posted is just me guessing — I’ll update the article once news comes out.

Basically, I always try to work from the offensive blueline back to our net and try to make sure that those four pillars of our defencemen’s game are consistent. I think our group has grown towards doing that. We just had a big meeting today with all of our defencemen about getting that established coming out of the Calgary game. We didn’t move the puck quick enough. We didn’t protect the middle of the ice well enough. We will start the process now that we are down the numbers in camp. We will get the eight guys who are here, and we started it today, so we should be much better tomorrow. That’s kind of fundamentally what we look at. And then from within that structure, then they all go and play their own game. They all go and explore Duncan’s way that he can jump around and the way the Booch (Evan Bouchard) can pass the puck and shoot the puck, and all their individual skills can come out of that basic four pillar framework that we work with our defencemen on.

With only one preseason game left to work on the details before we get going for real, I’ll be watching to see how or if the defence is taking these lessons to heart.

Garland- Pettersson- Chiasson
Petan – Miller – Podkolzin
Bailey – Dickinson – Lockwood
Dries – Focht – McEwan
Hughes – Poolman
Rathbone – Bowey
Hunt – Burrows
Demko
I really dislike the Canucks and even though a win in tonight’s game won’t mean anything, I still want it to happen. How much more analysis do you need?

Pettersson and Hughes were back in the lineup on Thursday and immediately made their presence felt on the scoresheet. Hughes had a rocket of a goal while Pettersson set up a goal to Petan on a great pass. Pettersson was back to his old ways of dangling on the boards and winning puck battles like he was a BCHLer at an elementary school and Hughes held his own against the best line in the league. It was all positive for the two young stars.
We now move to the final game of the preseason on Saturday as Travis Green is set to ice his NHL lineup when the Canucks host the Oilers in Vancouver. The Canucks open up their regular season on Wednesday against these same Oilers and on that night, there will be points involved for the standings.
We should expect to see a great preseason game on Saturday as there was some chippiness in Thursday’s match and with the regular season opener just around the corner, both teams will look to send a message. 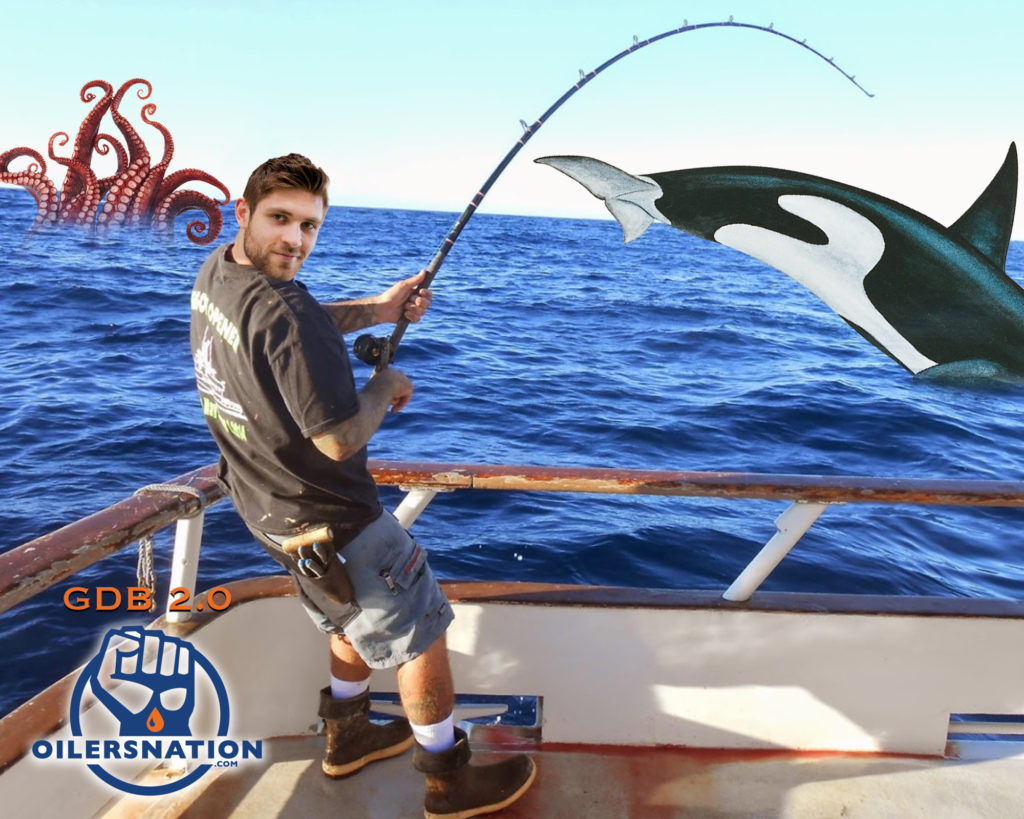 After signing up for a free account, we’re going to give you a bunch of boxes with player names and you’re going to pick a name from each box until you’ve put together a super crew that you think can contend for a NationDrafts championship. Seems easy, right? It is easy and that’s not just because you’re wicked smaht. Sign up for FREE right here.
Gameday Previews
News
Recent articles from baggedmilk