It’s official: NHL’ers are heading to the 2022 Olympics! 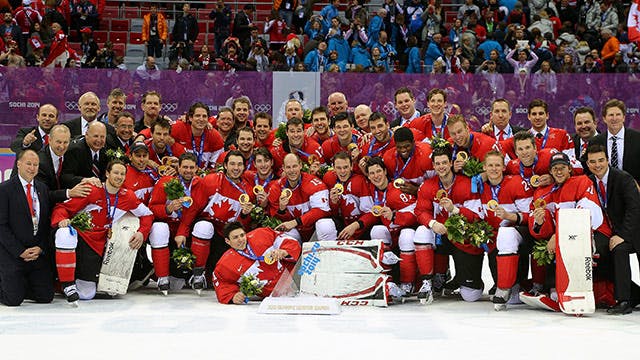 By Zach Laing
1 year ago
It’s the news everyone has been waiting for: the NHL is sending their players to the Olympics.
The NHL and NHLPA announced Friday morning they reached an agreement to break the league’s schedule to allow for players to head to the 2022 Winter Olympics in Beijing.
Both parties agreed in the four-year CBA extension signed in July 2020 to allow for the players to go, but now, the most important agreement — one with the IIHF and IOC — has been reached.
“We understand how passionately NHL players feel about representing and competing for their countries,” said Bill Daly, the NHL’s deputy commissioner. “We are very pleased that we were able to conclude arrangements that will allow them to resume best on best competition on the Olympic stage.”
The agreement includes a clause that allows the NHL to withdraw participation at a later date “in the event evolving Covid conditions are deemed by the NHL/NHLPA to render participation by NHL Players to be impractical or unsafe,” the league said.
Teams from Canada, the United States, the Russian Olympic Committee, Sweden, Finland, Czech Republic, Germany, Switzerland, Slovakia, Denmark, Latvia, and the host country China will all have teams playing in the games that run from Feb. 4-20, 2022.
Here are the groupings for the games:
For the Oilers, there are a few players who could find their way on their respective national teams. Connor McDavid and Leon Draisaitl will be locks for the Canadian and German teams while Darnell Nurse will be a contender for the former’s back end.
Could Jesse Puljujarvi make a push to play on the Finnish roster? He’s represented Finland at multiple international levels in the past and with the way his game has trended over the last few years, it’s a definite possibility.
The Canadian Men’s roster has appeared in the Olympics 22 times since 1920, most recently in 2018 winning bronze. NHL players, however, didn’t appear at those games.
Zach Laing is the Nation Network’s news director and senior columnist. He can be followed on Twitter at @zjlaing, or reached by email at zach@oilersnation.com.
Nation Takes
News
Oilers Talk
Recent articles from Zach Laing