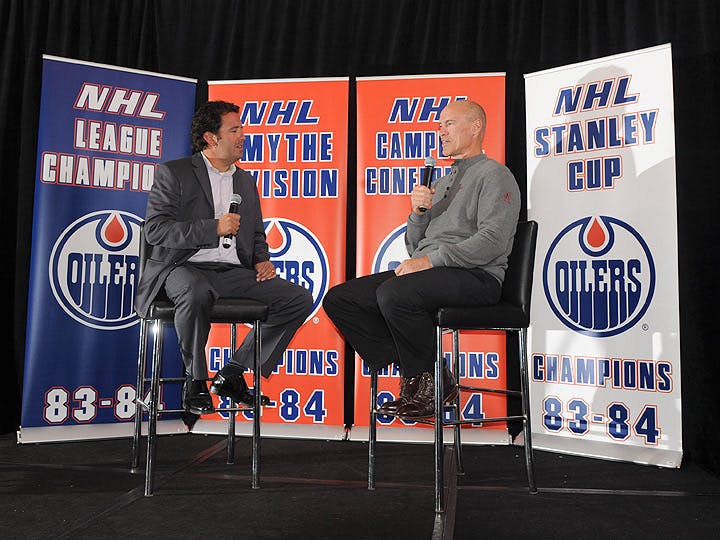 By Zach Laing
1 year ago
Welcome to the annual wrap-up of the most read articles of the last year!
Change came in many ways in 2021. For Edmonton Oilers broadcasts, the largest was Jack Michaels replacing Kevin Quinn on Sportsnet broadcasts.
The move has paid off dividends with Michaels doing an absolutely tremendous job calling the games.
Here’s some of what I wrote on Jan. 11 when the move was made official:

I’m a big fan of Michaels and I think this is a role he will succeed in to say the least. His right-hand man as an analyst will be Louie DeBrusk, who has spent the last number of years becoming a fan favourite as an analyst doing games in Western Canada.
Bob Stauffer will be joining Michaels on the TV broadcasts as an analyst during the intermissions. Gene Principe will continue his work as a host.
Meanwhile, former Red Deer Rebels broadcaster Cam Moon will be stepping in to fill the Oilers play by play role with the Oilers radio broadcasts.