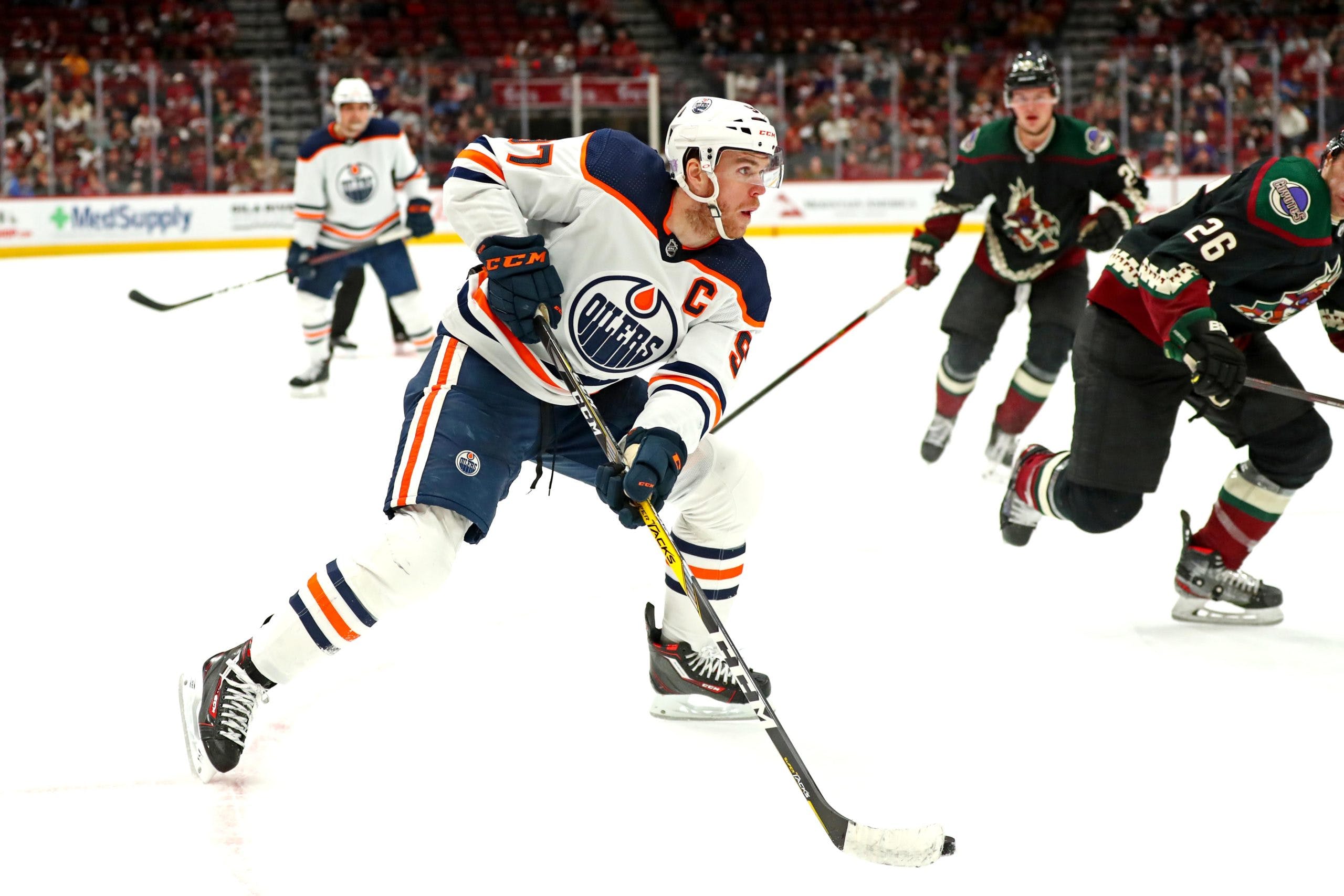 By Zach Laing
1 year ago
Connor McDavid can’t stop notching impressive achievments.
And Wednesday night, he hit another by becoming the fourth-fastest player to reach 400 career assists. He did so by assisting on Zack Kassian’s third-period tally that gave the Oilers a 3-1 lead.
Down in the offensive zone, he made a quick pass to Leon Draisaitl, who charged deep into the offensive zone before finding Kassian on the back door.
In hitting 400 assists in his 426th game, McDavid becomes the fourth-fastest player to hit the mark. The only three to do so faster? Wayne Gretzky (290 games), Mario Lemieux (353) and Peter Stastny (411).
Zach Laing is the Nation Network’s news director and senior columnist. He can be followed on Twitter at @zjlaing, or reached by email at zach@oilersnation.com.
Nation Takes
News
Oilers Talk
Quick Hits
Recent articles from Zach Laing