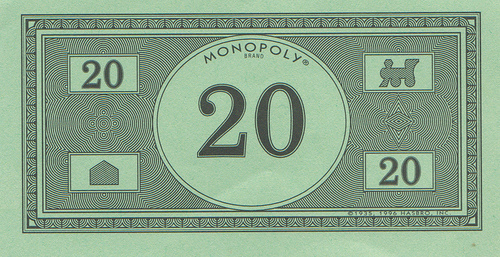 The prospects who get drafted are the ones who work hard,
produce well and have the dimensions that NHL clubs want. It’s an
uphill battle even for the players whom an NHL club has already put their
stamp of approval on — they won’t all make the NHL. Then there are the ones
who didn’t get drafted. They also worked hard, but maybe they didn’t start
producing until they were older, or didn’t have the physical dimensions
that NHL clubs dream about. If the drafted group succeeds it’s because they
should have. If they fail then the NHL club suffers. If the undrafted group
succeeds it’s found money. If they fail, then nothing has been lost.
The prospect games this fall have highlighted Edmonton’s
fantastic drafted rookies. McDavid is awe-inspiring, Nurse looks like the
future of the blueline, Draisaitl continues to be German. The games, though,
have also highlighted a group of particularly talented players who represent found money. These kids on AHL deals with the
Bakersfield Condors cost nothing to acquire and present no risk to the club at
all.
Advertisement
Ad
Advertisement
Ad
Bakersfield added Connor Rankin, Alexis Loiseau, and Braden
Christoffer to a group that already had Josh Winquist. These four kids have all looked
very good at the prospect tournament, far better than one might expect from
players who never did get drafted or never did grab an entry level contract
from an NHL team.

View image | gettyimages.com
Connor Rankin is a 20 year old, 6’0” tall, 200 pound center
who just finished his WHL career with the Calgary Hitmen. This past season was his best offensively, with 72GP, 32-47-79. He
also put up 14 points in 12 playoff games last year. He finished the season second
in Hitmen scoring, behind Adam Tambellini. Not only was he a producer and
leader off the ice, but he was also named the Hitmen’s Humanitarian of the Year
for his work with animal charities.
Advertisement
Ad
Advertisement
Ad
Alexis Loiseau is a 21 year old, 6’1” tall, 179 pound center
who just finished his QMJHL career with the Rimouski Oceanic as their captain. Like
Rankin, this was his best ever offensive season in the CHL. The difference was
just in how well he performed. He finished tied for fifth in QMJHL
scoring and lead the Oceanic with 68GP, 35-61-96. Loiseau was an offensive star
this past season. The year before he was roughly a point per game player as
well. A little lean, a bit late blooming, but there’s clearly talent there. He
also exploded with a four point night against the Jets. Here’s a great article on
Loiseau and the challenges that face overage point producers who just want to
play hockey all their lives.
View image | gettyimages.com
Like Loiseau, Braden Christoffer captained his former junior
club. He’s a 21 year old, 5’10” tall, 190 pound winger who finished his WHL
career with the Regina Pats. Unlike the previous players added to the Condors
on an AHL deal, Christoffer has lower scoring totals but significantly higher
PIMs. This past season he produced more than he ever has with 72GP, 26-33-59, but
his 147 penalty minutes are what stand out. That was the second highest
PIM total in the WHL last year. He has 31 career WHL fights as per
hockeyfights.com but at the Young Stars Tournament he showed that his hands could be used for more
than pummeling. He had three goals and one assist in the three games he
played.
Advertisement
Ad
Advertisement
Ad
Josh Winquist is a 22 year old, 6’0” tall, 180 pound left
wing. He is in his second season with the organization on an AHL deal.
Like the others he fell through the cracks of the NHL draft in large part
thanks to being a late bloomer. He had 93 points in 63 games in his final
season with the Everett Silver Tips then transitioned very well to the
professional leagues last year. He went 18GP, 5-18-23 in the ECHL and 46GP,
8-11-19 in the AHL. He won the scoring title (if such a thing exists) at the
2015 Penticton Young Stars Tournament with four goals and one assist in three games,
edging out Draisaitl based on goals. He stands to play the season entirely with
the Condors and it’s clear he’s capable of posting quality scoring totals. 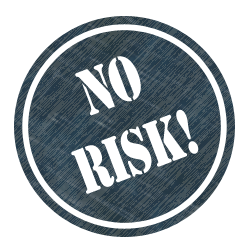 Director of Player Personnel Bob Green, Assistant General
Manager Bill Scott, and the Oilers have added a quality group of players to the
Bakersfield Condors. They are young enough to still be prospects and each of
them has a fair amount of skill. The best part for the Oilers is that they can
take these long shots on and if none of them ever becomes more than an AHL
player then that’s fine. However, if any of them show more promise at the AHL
level then the franchise will be the first to know.
Advertisement
Ad
Advertisement
Ad
They are a zero risk group of pretty talented players. It’s
more than likely that by the end of the year we’ll have forgotten about at
least a few of these kids. However, if any of Rankin, Loiseau, Christoffer, or
Winquist ever progress to play even a single game in the NHL then they are
found money for the Oilers.
Good luck to them all.