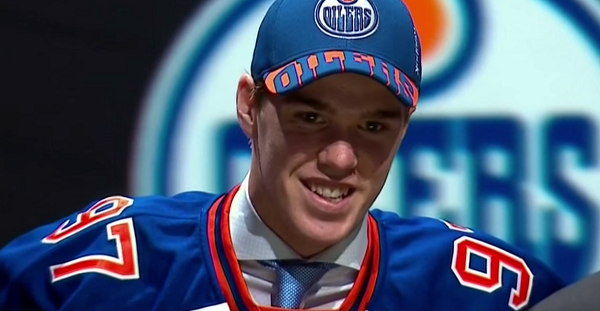 It took all of one game for questions about the Edmonton Oilers’ ability to protect Connor McDavid to surface. It wasn’t a regular season game, which would have been too much to hope for, but I had been optimistic that we’d at least be able to wait until the preseason before the inevitable hair-pulling about the possibility of injury.
Instead, one clean hit in the first game of an almost entirely meaningless prospect tourney and here we are.

Here’s what Jason Gregor wrote right after the event happened:

McDavid isn’t a porcelain doll. He can handle a hit or two. In regular season, you can’t react to every hit, but in a rookie game, I had no issue with Mitch Moroz and Darnell Nurse getting in Virtanen’s face in the next few shifts. I know Moroz took an unsportsmanlike penalty, weak call by ref IMO, but the outcome of this game means nothing. I won’t critique a retaliatory penalty, especially when the Oilers haven’t responded for years. They need to create a culture where they stand up for themselves and each other.

Colleague Gregor is of course entirely right. McDavid has been playing contact sports for years now, and he’s been the top target for every team he has played against going back for probably all of that.
Or, if you don’t like Gregor’s view, take it from Jason Strudwick, who knows a little bit about playing in the NHL. Here’s what Strudwick had to say when this came up in our weekly mailbag last month:
Advertisement
Ad
Advertisement
Ad

McDavid has been a target for his whole life in hockey. He is smart and will figure it out. A couple slashes or a spear in retaliation would also give him some space every now and then.

The job of protecting McDavid is going to fall primarily on the shoulders of McDavid. Mostly, he’s going to keep his head up and avoid situations where he’s vulnerable and likely to get plastered. Partially, he’s going to do those little things which make it clear he’s no pushover. His team will be there to help, but at the end of the day it’s mostly going to be up to him. 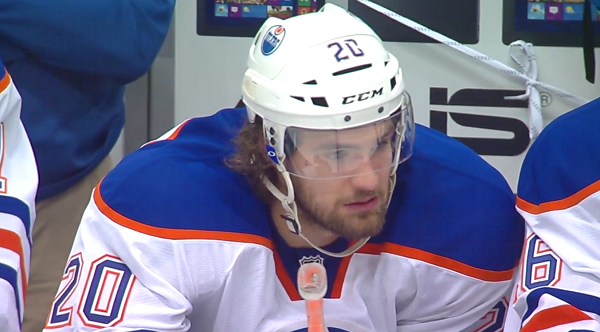 Stick Luke Gazdic on his wing. This one is popular among people who haven’t seen a hockey game since 1985. This doesn’t happen anymore, and the reason is that it’s hard to get full value from a franchise player when said franchise player has a fourth-liner stapled to him.
Trade for a Milan Lucic-type player. This doesn’t work either, I’m afraid. Not only is it hard to find big, physical types with legitimate skill, but the current structure of the game means that nobody really has to be worried about getting pummeled even if the guy designated to do the pummeling happens to be on the ice at the time. Don’t believe me? Peter Chiarelli knows this as well as anyone.
Advertisement
Ad
Advertisement
Ad
Target the other team’s stars. This one sounds awfully good in theory. In practice, it generally perpetuates a cycle because the other team feels the same way about these things as the Oilers do. Nobody wants to show weakness; so if somebody cheap shots an Oiler and the Oilers respond in kind it essentially forces the opposition to step up. The Chicago way works great if one side has more power and/or conviction than the other; otherwise it just opens up a war of attrition in which 28 uninvolved teams win and the two teams involved lose.
Have the other four guys on the team jump whoever laid the hit. There are three big problems with this. The first is the one pinpointed above; this kind of assault basically demands a response in kind from the other team. The second is that this is when really bad, life-altering things tend to happen. The best-case scenario is that the retaliating team takes a whole bunch of penalties and every other club in the league knows that a hard hit on a star is all it takes to get the Oilers so hot and bothered that they’ll take limitless penalties and spend so much time seeking revenge that they can’t be bothered to try and win hockey games.
Advertisement
Ad
Advertisement
Ad
There’s value in playing hard, physical hockey; it’s a tough game and a lot of good teams play that style. There’s even value in measured retaliation; making life difficult for a transgressor may have some deterrence value and it undeniably helps a team feel like a team. But no amount of over-the-top retribution is going to keep Connor McDavid from getting hit. Nor should it; the NHL is a contact league and being able to take a hit is a pretty vital requirement to playing in it.