It appears that the Edmonton Oilers are prepared to take on
some hefty new contracts. Free agents came to town on Tuesday, and between
shopping on July 1 and potentially adding players via trade it could be an
expensive time for the Oilers.
In this week’s edition of What Would You Do Wednesday, we
identify some plausible cost-saving measures that Edmonton could take, and ask
you, the reader, which ones are worth considering.
There are some obvious moves that can be made off the hop.
In all likelihood, Andrew Ference’s NHL career is over, and his $3.25 million
cap hit will spend next season on long-term injured reserve.  It also seems probable that Griffin Reinhart
will start the year in the AHL (if he even remains with the team) as a way to
avoid all those nasty bonus
ramifications Edmonton is stuck with.
Advertisement
Ad
Advertisement
Ad
I’m not really getting into more complicated scenarios here,
either. Obviously money can be trimmed by moving more expensive players out in
trades and the like. Here I’ve focused on three small moves, each with a player
who some might plausibly believe could be replaced by an entry-level talent. 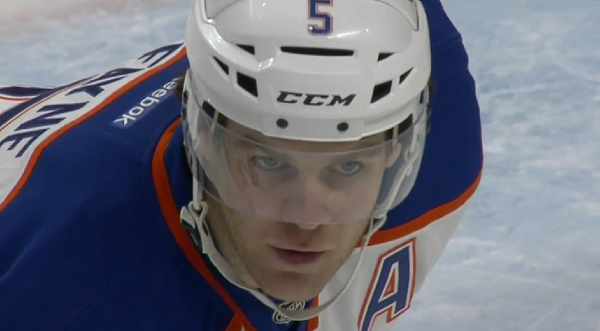 Buyout Mark Fayne. Fayne
has two years left on his contract. He has a cap hit of $3.625 million and an
actual salary of $3.5 million over those two years. When we do the math, the
cap hit ends up being $1.29 million for the next two seasons and then $1.17
million after that. If we figure that he’s replaceable by an end-of-roster piece
making $750,000, the Oilers end up paying just a touch under $2.0 million to
fill his spot. Immediate savings: $1.65
million.
Buyout Lauri Korpikoski. This is pretty straightforward. Korpikoski has a cap hit of
$2.5 million and an actual salary of $3.0 million. If we do the math on a
buyout we end up with a $500,000 cap hit next year and a $1.0 million cap hit
in 2017-18. If we figure that he’s replaceable by an end-of-roster piece making
$750,000, that results in 50 percent savings next year. Immediate savings: $1.25 million.
Advertisement
Ad
Advertisement
Ad
Trade Matt Hendricks.
With one year left on his deal, presumably this would be a possibility,
though there’s always a chance that his stock has fallen to a point where he
isn’t tradeable. As in previous cases, we can assume a cheap replacement as
part of the cost here; for these purposes let’s call that replacement a
$750,000 cap hit. The Oilers could also retain some salary to make a deal more
palatable. Immediate savings: Up to $1.10
million.
These decisions need to be made immediately. According to
Paragraph 13(c) of the Standard Player Contract, the regular buyout period ends
at 5:00 PM EST on June 30, and before any buyout can be executed the player
needs to spend 24 hours on unconditional waivers.
For my part, I like two of these three options from an
Edmonton perspective. I think Fayne can play, and it would strike me as odd for
the Oilers to pay for four years to rid themselves of an NHL-calibre right-shot
defender. I don’t mind Hendricks at all, but the prospect of trimming $1.0
million or so is appealing, especially given that he’s heading into the last
year of his contract.
Advertisement
Ad
Advertisement
Ad 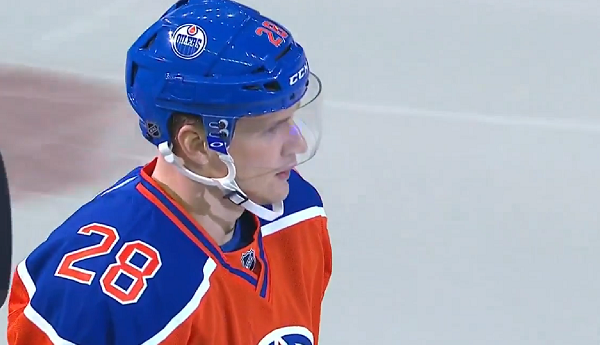 Finally, the fourth line was so
much better without Korpikoski that I’d have no compunction whatsoever
about buying him out.
That’s my view. What do you think?