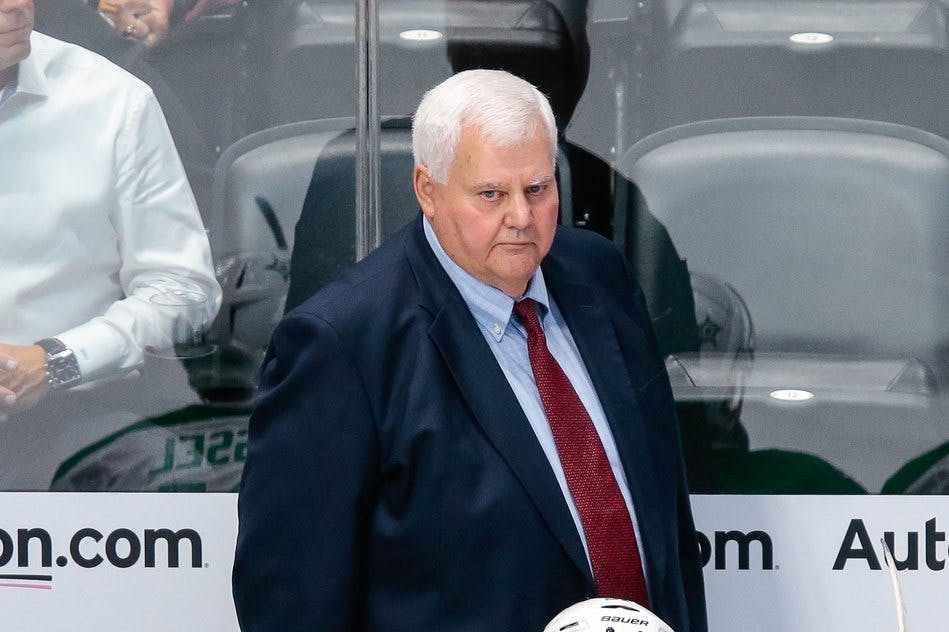 Photo credit: Isaiah J. Downing-USA TODAY Sports
By Jason Gregor
4 years ago
Comments
Every October fans across the NHL have renewed hope for their team, especially those in cities where their beloved team missed the playoffs. Optimism runs high, as it should. There is no point being a fan if you don’t think, even for a brief moment, your team will improve. Fans in Buffalo, Montreal, Dallas and Calgary should be elated right now. Their teams are in a playoff spot after missing the postseason last year and fans in Vancouver, Long Island and here in Edmonton are still in the hunt. If a few things go right, they could get in.
2018 ended with a thud for the Oilers and their fans. Six consecutive losses saw the Blue and Orange fall out of a playoff spot, but 2019 started with a win and the Oilers have a big weekend coming up in Los Angeles and Anaheim on Saturday and Sunday. Edmonton sits four points back of the Ducks, with a game in hand, for the final wild card spot in the Western Conference.
A new year brings similar optimism for many in our everyday lives. Maybe you’re embarking on a New Year resolution to eat better, start working out, run 10KM or a marathon, get a new job, find a boyfriend or girlfriend or simply hope you have more fun, happiness and success in 2019. Whatever it is, I wish you well.
Advertisement
Ad
Advertisement
Ad
It is obvious what the Oilers resolution is (or should be): get some complementary scoring.
The scary part for head coach Ken Hitchcock is the secondary scoring is getting worse, not better.
Connor McDavid (23), Leon Draisaitl (22), Alex Chiasson (16) and Ryan Nugent-Hopkins (14) and are their top four goal scorers. Chiasson has missed the past three games and the final 40 minutes of the Vancouver tilt on December 27th, so for the past four games the Oilers have three forwards they can rely on to score. It isn’t pretty.
Of their previous 20 goals scored by forwards, these four players have scored 19 of them. Jesse Puljujarvi scored against the Blues on December 18th. The Oilers have one goal outside of their top-four forwards since December 14th. It is bordering on amazing how little offensive support McDavid and Draisaitl especially, and to a lesser extent Nugent-Hopkins, are getting.
Advertisement
Ad
Advertisement
Ad
The good news is Chiasson could return this weekend, and if he does Hitchcock has to play with him with RNH, doesn’t he? Chiasson has scored two goals in 78 minutes (5×5) with RNH and two goals in 167 minutes with McDavid, so put him on the right wing second line and give RNH a fighting chance to take some of the offensive burden off the shoulders of McDavid and Draisaitl. I’d put Jujhar Khaira on the left wing, since he was producing well prior to his suspension on Nugent-Hopkins’ wing, but since they have no third line centre option (Ryan Strome isn’t great, but he’d fit that role right now), Hitchcock likely can’t do that. So I guess you give Ryan Spooner a look. At least he’s scored a few goals, unlike Milan Lucic and Tobias Rieder.
Advertisement
Ad
Advertisement
Ad
Chiasson on the second line makes the most sense. I’m sorry, but Puljujarvi isn’t producing and Hitchcock and the management can’t stubbornly keep him on RNH’s wing with the “hope” he starts to score. I should rephrase that. They can keep him there, but if they want to improve their chances of winning then Chiasson should slot in their upon his return. Puljujarvi has one goal in his past 15 games, two in his last 25 and three all season. Chiasson has 16 goals. Put the player who is producing now on the second line. I know where Puljujarvi should be, but the organization still believes he will develop better in the NHL. It is pointless to rehash it, but at the very least play him on a third line with Khaira and one of Rieder or Lucic and move forward.
Advertisement
Ad
Advertisement
Ad

OFFENCE MORE OF ISSUE THAN DEFENCE

Nov 27, 2018; Edmonton, Alberta, CAN; Edmonton Oilers head coach Ken Hitchcock watches a game against the Dallas Stars from the bench at Rogers Place. Mandatory Credit: Perry Nelson-USA TODAY Sports
Ken Hitchcock said the Oilers score enough, but they need to defend better. I see why he said that during their losing streak, but if you look at the Oilers entire season their overall team defence isn’t nearly as bad as their lack of complementary scoring.
The Oilers have allowed 80 goals against at 5×5. They are seventh in the Western Conference, better than San Jose (97) and Vegas (85) and just below Colorado (79), Calgary (77), Winnipeg (77) and Dallas (76). The Ducks are in the playoffs because John Gibson is playing lights out and they’ve allowed a Western Conference-low 65 goals at 5×5, while the Nashville Predators dominant blueline has them at 67 5×5 goals against. I don’t see GA as the Oilers main issue. Of course it can improve, but it isn’t lagging far behind like their secondary scoring.
Advertisement
Ad
Advertisement
Ad
If you include PP goals against the Oilers sit at 108, while San Jose is at 116, Colorado 113, Vegas 106, Calgary 103, Winnipeg and Dallas 98, Anaheim 96 and Nashville 91. Edmonton has allowed two more PP goals than the Flames, four more than Nashville and one fewer than the Ducks and six fewer than Colorado.
I would argue the depth scoring is hurting this team much more than overall team defence. The Oilers top-four goal scorers have combined for the fourth most goals in the NHL. The rest of the forwards are 31st and that is why the Caggiula for Brandon Manning trade made little sense to me. Manning isn’t that much better than Gravel at this point, at least from what I’ve watched and what the underlying numbers suggest.
Advertisement
Ad
Advertisement
Ad

The Oilers have to hope that two of Khaira, Spooner, Puljujarvi, Kassian, Rattie, Lucic or Rieder can get some traction and be solid supporting scorers. If the first 40 games are any indication then Khaira is the best bet to get going, but he’s playing centre again and I think he is better as a left winger.
The good news for the Oilers is McDavid, Draisaitl and Nugent-Hopkins are showing no signs of slowing down. It would be unexpected if Chiasson scored another 16 goals in the second half, but so far he has been very consistent all season. He hasn’t got hot for a week or two. When he’s in the lineup he has produced and I hope when he returns he is skating on Nugent-Hopkins’ right side.

Go to A Game

If you want to win a pair of lower bowl seats to watch Aleksander Barkov battle McDavid next Thursday then in the comment section fill out which forward not named McDavid, Draisaitl, RNH or Chiasson will score the next goal. You need to put their name, which upcoming game (LA, ANA or SJ), the period and time. Whoever is closest will win the seats.
Advertisement
Ad
Advertisement
Ad
Good luck and Happy New Year.