10 years ago today, the Edmonton Oilers selected Nail Yakupov with the first-overall pick 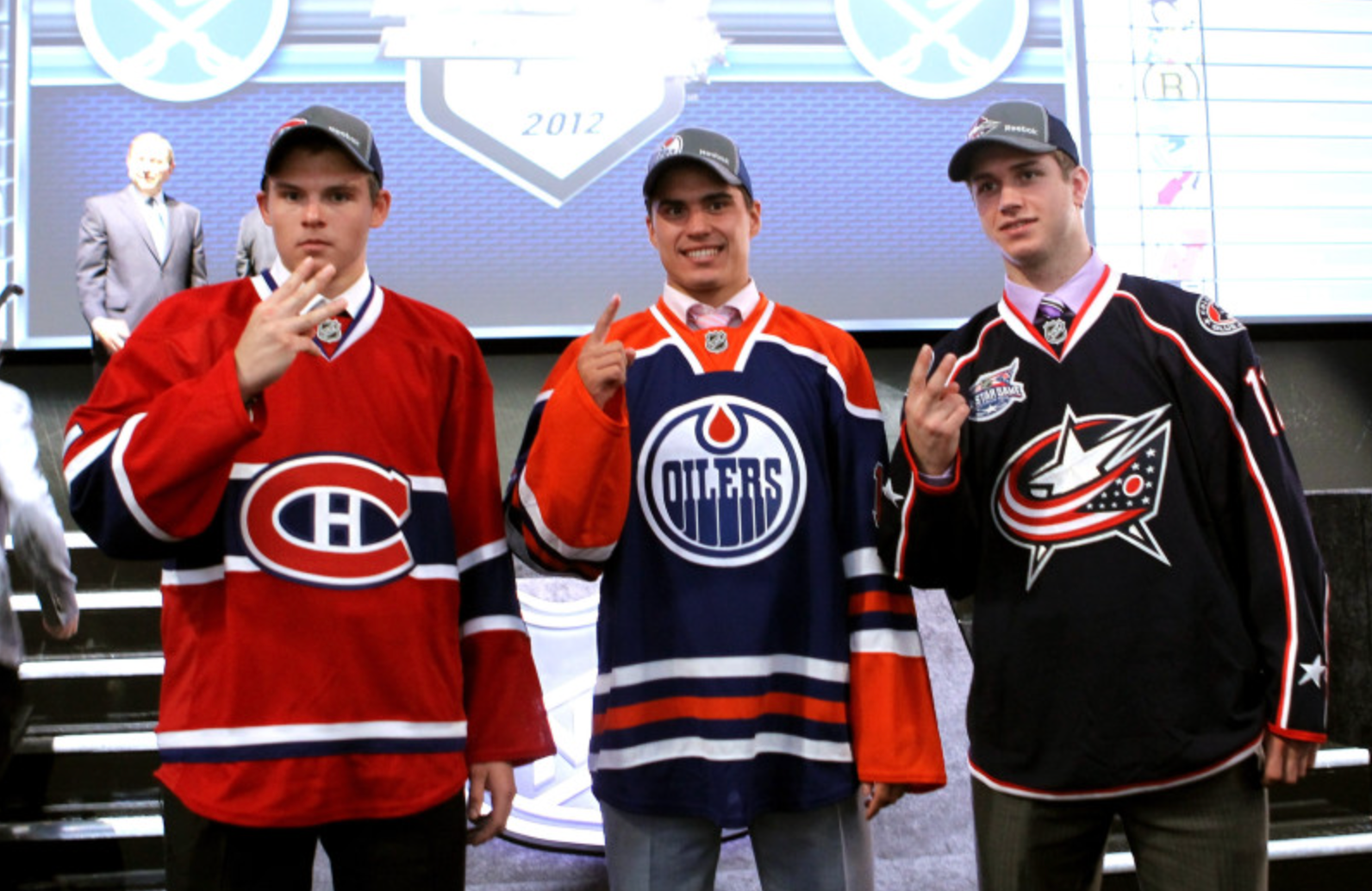 By Cam Lewis
5 months ago
“Fail for Nail!” That’s what fans of losing teams were shouting one decade ago.
The Columbus Blue Jackets did the best job failing during the 2011-12 season, as they finished dead last in the league with a 29-46-7 record. The Edmonton Oilers sat in second last but wound up with the first-overall pick at the draft because general manager Steve Tambellini showed up to the lottery with his lucky tie on. 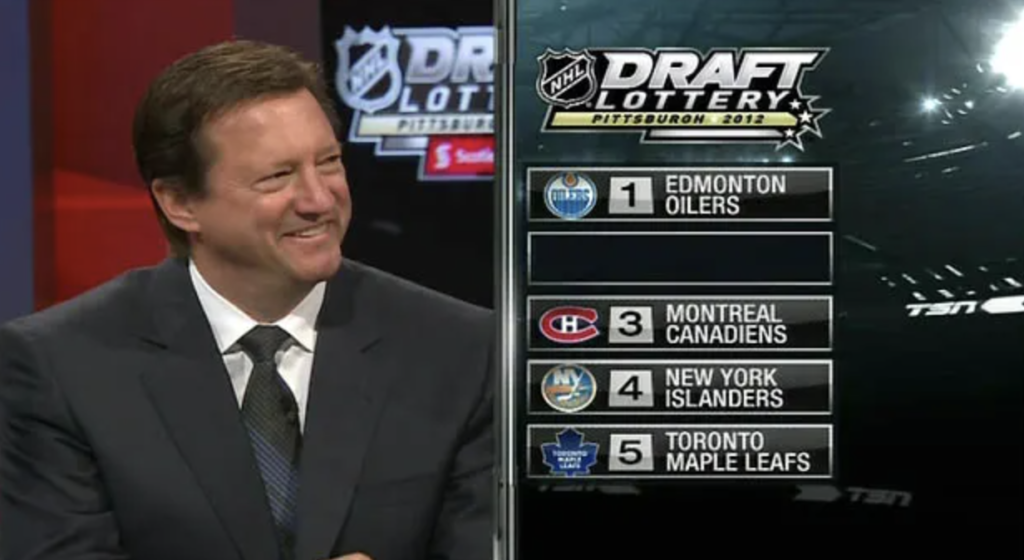 This was Edmonton’s third first-overall pick in a row, as they had selected Taylor Hall and Ryan Nugent-Hopkins with the top picks in the 2010 and 2011 drafts. It seemed inevitable the Oilers would buck the trend and select a defender in 2012, but winning the lottery changed everything because it gave them the opportunity to draft the next Pavel Bure.
Nail Yakupov burst onto the scene in 2010-11 with a 49-goal, 101-point season as a rookie playing for the Sarnia Sting of the OHL. His 2011-12 campaign was marred by injury, as Yakupov scored 69 points in 42 games, but the hype from the previous season ultimately made him the top prospect in the draft.
There was a Taylor vs. Tyler discussion in 2010 and some talk about Adam Larsson being the top pick in 2011, but the most heated debate among Edmonton’s three consecutive first-overall picks came in 2012.
Many said the Oilers needed to take a defender to balance their forward-heavy core, either by trading down or simply selecting Ryan Murray of the Everett Silvertips with the top pick. Others suggested that the best player available is always the right move, and Yakupov appeared to be a tantalizing talent.
The Oilers wound up going with the consensus and they selected Yakupov with the top pick.
Early on, it looked like the right move, as Yakupov scored 17 goals and 31 points in 48 games in the lockout-shortened 2013 season and finished fifth in Calder Trophy voting. But it was all downhill from there.
Yakupov scored 11 goals in 2013-14 and 14 goals in 2014-15 but that was far from enough to make up for how completely lost he looked on the ice otherwise. Yakupov’s on-ice goal differential across those two seasons was a whopping 55-to-107, among the worst rate for any forward in the league at that time.
After one more season in Edmonton in which he’d score eight goals and 23 points in 60 games, Yakupov was traded to the St. Louis Blues for a nothing prospect and a third-round draft pick that was flipped for another draft pick that was later used on Stuart Skinner.
Yakupov played one season with the Blues and one with the Colorado Avalanche and has since been playing in the KHL. In 2020-21, Yakupov’s team, Omsk Avangard, won the Gagarin Cup.
Given the way everything panned out, it’s easy to forget just how much hype Yakupov had coming out of the OHL. His speed and playing style drew comparisons to Pavel Bure and his goal-scoring was reminiscent of Steven Stamkos when he played for the Sting a few years prior.
Yakupov was quite good in his rookie season and appeared to be on course for a successful NHL career. But after the Oilers fired head coach Ralph Krueger and replaced him with Dallas Eakins, Yakupov’s game fell off a cliff as he seemed to lose all of his confidence.
Would things have gone differently for Yakupov if he was drafted by a different team? Or was he always destined to be a bust? It’s impossible to say, but on the 10-year anniversary of his draft day, let’s remember this moment that Nail Yakupov blessed us with in his rookie season…
Oilers Talk
Recent articles from Cam Lewis