By Cam Lewis
3 months ago
Let’s get familiar with our rivals from the Pacific Division. Today, we have the Calgary Flames, a team that just went through one of the wildest off-seasons in recent memory.

Record: 50-21-11 (1st in Pacific), Goals For: 293 (6th of 32), Goals Against: 208 (3rd of 32)
The Flames had an incredible run during the regular season, going 50-21-11 and coming just six points shy of matching the 1988-89 team for the best performance in franchise history. They had three players, Johnny Gaudreau, Matt Tkachuk, and Elias Lindholm, all crack the 40-goal plateau while goaltender Jacob Markstrom led the league with nine shutouts.
In the first round of the playoffs, the Flames matched up with the Dallas Stars in the first round. Stars goaltender Jake Oettinger was nearly unbeatable, as he stopped 272 of the 285 shots that he faced, and it took the Flames all seven games to win the series. Gaudreau scored the overtime winner in Game 7 for the Flames, a nice conclusion for a player who had been criticized in the past for disappearing during the playoffs.
After that, the Flames met the Oilers for the first Battle of Alberta in over 30 years. They won Game 1 by a score of 9-6 and had a 3-1 lead in the second period of Game 2 but everything went downhill for them from there. The Oilers stormed back to win Game 2 and then went on to win the next three games to take the series in five, highlighted by a series-winning overtime goal from Connor McDavid.
As great as the regular season was in Calgary, getting taken down by the Oilers in the playoffs was an incredibly difficult pill for the Flames to swallow, especially with the difficult off-season they had lying ahead. 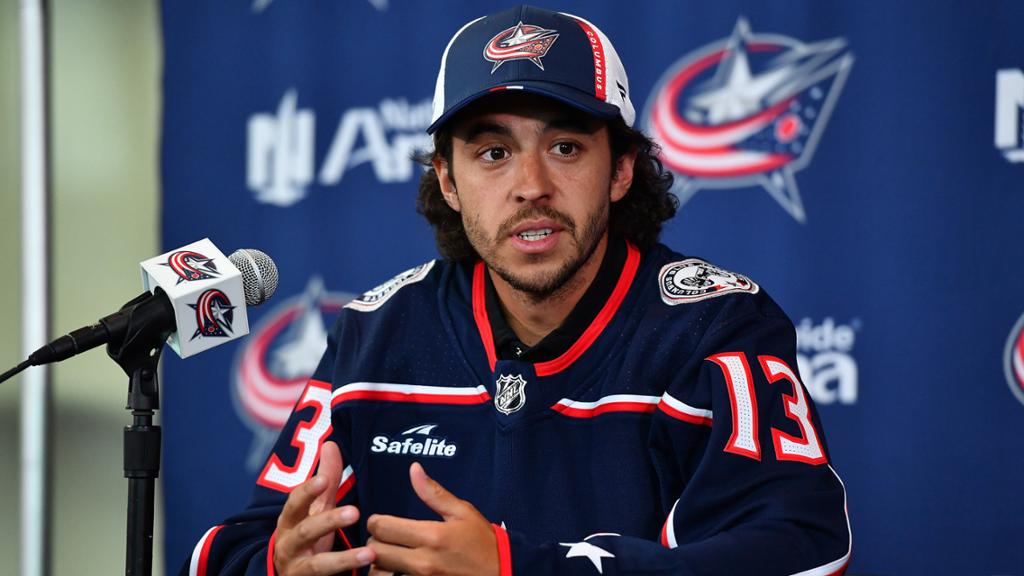 Notable Additions: Jonathan Huberdeau, MacKenzie Weegar, Nazem Kadri, Kevin Rooney.
Notable Subtractions: Johnny Gaudreau, Matt Tkachuk, Sean Monahan, Erik Gudbranson.
If getting pounded by their provincial rivals in the playoffs wasn’t enough heartbreak for Calgary, things continued to get worse when the summer rolled around. Gaudreau packed up and left the Flames in free agency, joining the Columbus Blue Jackets of all teams, and then Matt Tkachuk said shortly afterward that he wouldn’t be signing a long-term deal to stick around in Calgary.
The immediate suggestion was that the Flames could move into a rebuilding phase, with a Tkachuk trade for draft picks and prospects being used as the launching pad. But rather than going that route, general manager Brad Treliving sought to keep the Flames competitive.
Tkachuk was traded to the Florida Panthers in exchange for Jonathan Huberdeau and MacKenzie Weegar, two players one year from unrestricted free agency, along with a prospect and a conditional first-round draft pick. The Flames got both Huberdeau and Weegar inked to long-term extensions over the off-season so that they won’t have to go through this whole situation again.
The Flames also waved goodbye to another long-time member of the team, as Sean Monahan was sent to the Montreal Canadiens as a salary cap dump. With the extra wiggle room, the Flames inked pesky centre Nazem Kadri in free agency, giving them back the edge they lost when Tkachuk was moved.
So, when you break it down, the Flames replaced Gaudreau with Huberdeau and Tkachuk with Kadri while also adding Weegar on the blueline in place of Erik Gudbranson. That’s a pretty big win considering how things were looking back in mid-July.
Verdict: The Flames were handed lemons and made lemonade this off-season. It might take some time for this new group to gel but they certainly have the talent to push for another finish at the top of the Pacific Division in 2022-23.