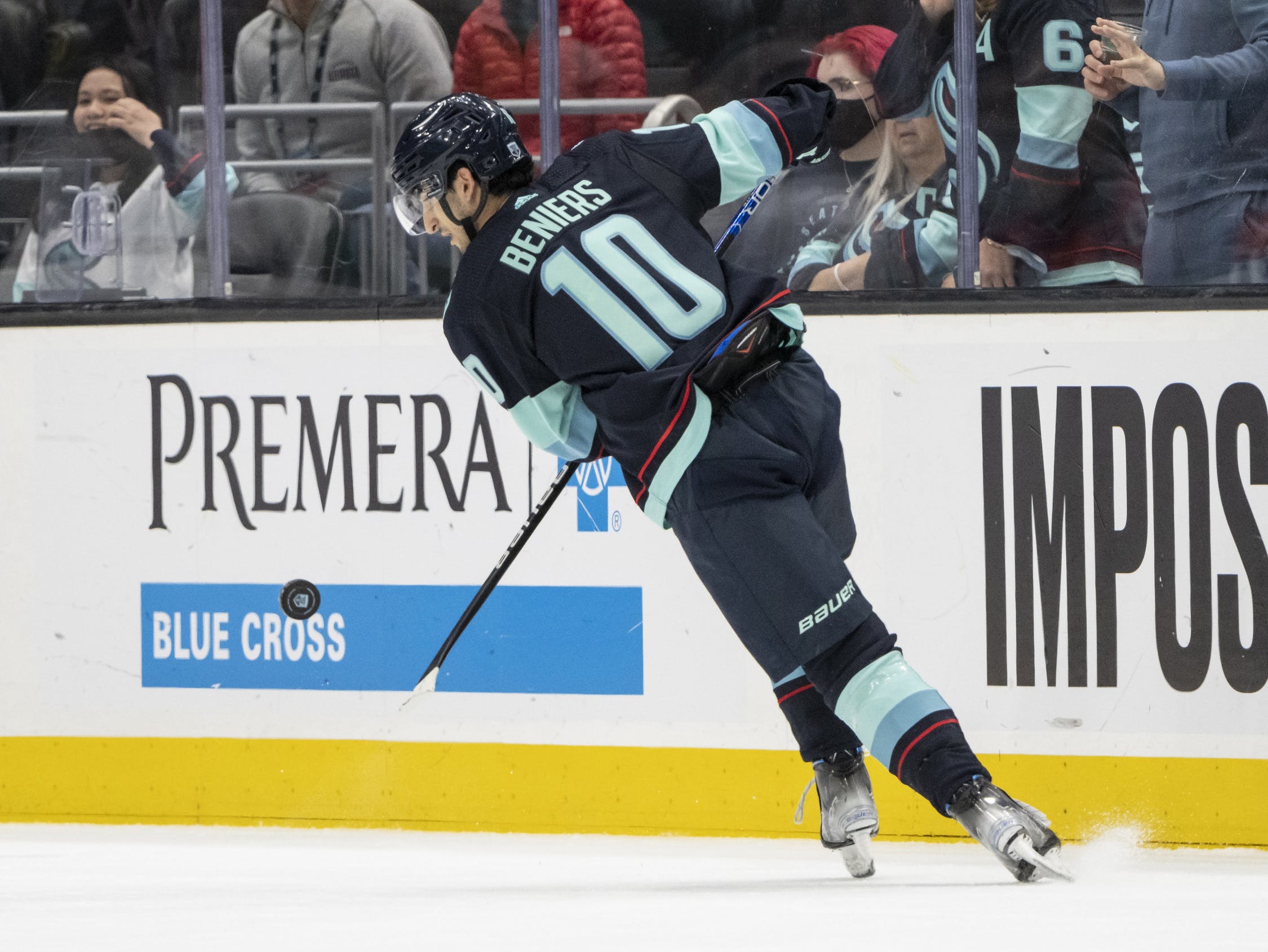 By Cam Lewis
4 months ago
Let’s get familiar with our rivals from the Pacific Division. Today, we have the Seattle Kraken, a young team looking to be a little bit more competitive after a difficult first season in the NHL.

Record: 27-49-6 (8th in Pacific), Goals For: 216 (29th in NHL), Goals Against: 285 (24th in NHL)
This is what an expansion team is supposed to look like.
After the Vegas Golden Knights inexplicably ripped all the way to the Stanley Cup Final in their first season in the league, there was some legitimate optimism in Seattle that the Kraken could hit the ground running and immediately compete for a playoff spot.
That didn’t happen.
Seattle was among the worst teams in the league at scoring goals, which wasn’t all too surprising based on their roster composition, but it was shocking just how bad they were at keeping the puck out of their own net.
They went defence-heavy in their expansion draft, selecting quality veterans such as Adam Larsson, Jamie Oleksiak, and Mark Giordano to lead their blueline. They also inked Philipp Grubauer, who had finished third in Vezina Trophy voting in 2021, to a six-year, $35 million deal in free agency. Despite all that, the Kraken finished 24th in the league in goals against due largely to a horrendous .880 team save percentage.
The Kraken lost their first-ever game by a score of 4-3 to the Golden Knights but then came back a couple of nights later and beat the Nashville Predators by a score of 4-3 for their first-ever win as an NHL team. They then went on a four-game losing streak and were never close to the .500 mark for the rest of the season.
A six-game skid in November made it clear that Seattle wasn’t a playoff team and a nine-game meltdown in January made it clear that they were a basement team. The Kraken wound up finishing with a 27-49-6 record, ahead of only the Montreal Canadiens and Arizona Coyotes in the league standings. 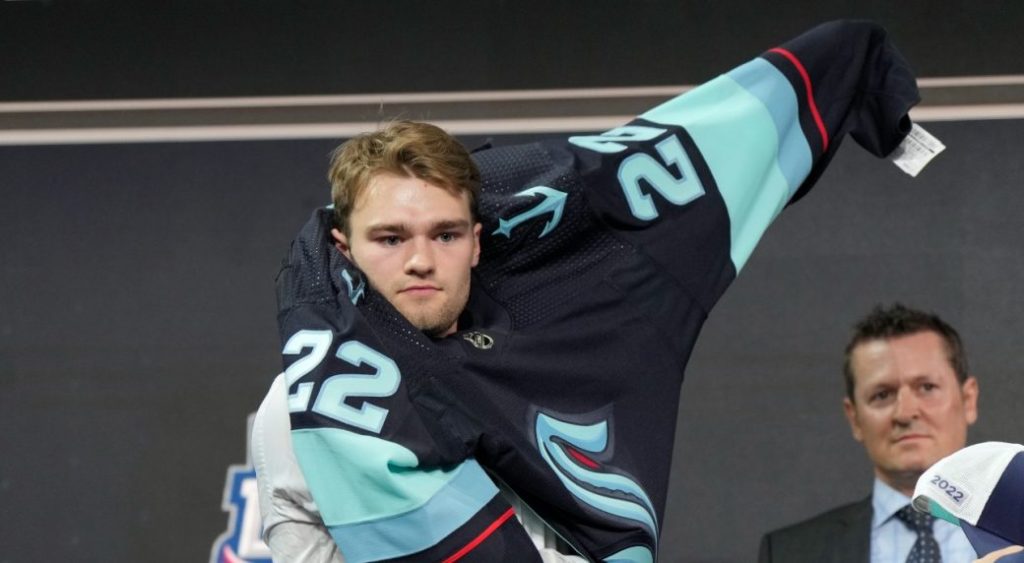 Notable Additions: Shane Wright, Andre Burakovsky, Oliver Bjorkstrand, Justin Schultz, Michal Kempny, Martin Jones.
Notable Subtractions: Victor Rask, Riley Sheahan, Haydn Fleury, Dennis Cholowski, Connor Carrick.
Seattle’s prize for trudging through an awful expansion season was the No. 4 overall pick in the 2022 NHL Draft, as the New Jersey Devils bumped them down a spot when they won the draft lottery and jumped from No. 5 to No. 2.
At that spot, they wound up with Shane Wright, who came into the draft largely expected to go first overall. Seattle’s hope is that Wright and Matty Beniers, the team’s first-ever pick at No. 2 overall from the 2021 NHL Draft, can be their one-two punch down the middle for years to come.
It’s hard to say if Wright will crack the team as an 18-year-old this fall but there’s no doubt that Beniers will be a prominent player on the Kraken in 2022-23. After finishing his season with the University of Michigan last spring, Beniers inked his entry-level deal and scored nine points in his first 10 games in the NHL.
Having a full season of Beniers will give the Kraken a significant boost in their second season, as will the additions of Andre Burakovsky and Oliver Bjorkstrand on the wing. Burakovsky and Bjorkstrand scored 22 and 28 goals respectively in 2021-22, so they’ll add some much-needed scoring to a team that only had three players reach the 20-goal plateau last year.
While Seattle’s offence seems to have improved, there’s no saying whether they’ll be any better at keeping the puck out of the net than they were last season. The team’s biggest addition on the blueline was Justin Schultz, a defender not really known for his defending, so the Kraken will be banking for a bounce-back season from Grubauer in net. Of course, there’s no guarantee that Grubauer is ever as good in Seattle as he was playing for a juggernaut Avs team, so that bounce-back is very far from a guarantee.
Verdict: The Kraken aren’t the Golden Knights. They’re doing things the old-fashioned way by slowly building through the draft. They have a nice foundation and will be more competitive in their second season than they were in their first but there’s still a long way to go.
Oilers Talk
Recent articles from Cam Lewis