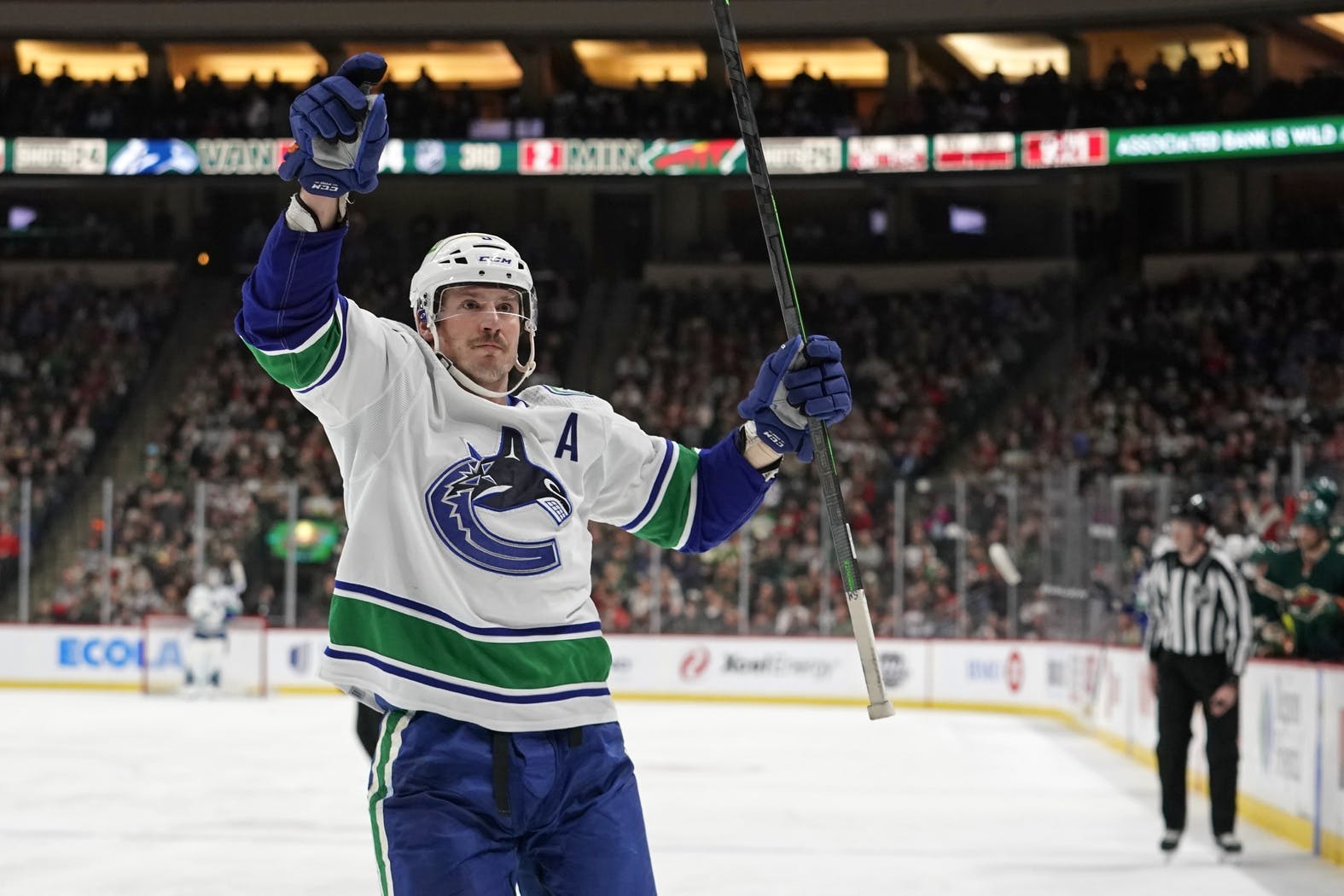 By Cam Lewis
1 month ago
Let’s get familiar with our rivals from the Pacific Division. Today, we have the Vancouver Canucks, a team looking to get back into the playoffs after back-to-back years of disappointment.

Record: 40-30-12 (5th in Pacific), Goals For: 249 (18th of 32), Goals Against: 236 (8th of 32)
Back in the playoff bubble in the summer of 2020, the Vancouver Canucks went the furthest of any Canadian team, coming one win shy of reaching the Western Conference Final. With a young core of Elias Pettersson and Quinn Hughes leading the way, that was supposed to represent the start of a period of contention for Vancouver.
The following season, the Canucks fell flat and finished dead last in the All-Canadian Division. Desperate to turn things around, general manager Jim Benning went all-in and acquired Oliver Ekman-Larsson and Conor Garland in a deal that sent the No. 9 overall pick back to the Arizona Coyotes.
The new-look Canucks got off to a terrible start. By the time December rolled around, the Canucks had a 7-14-2 record, fans were throwing jerseys on the ice, and the team was having internal drama involving their team leadership. A 4-1 loss at home to the Pittsburgh Penguins ultimately resulted in Benning and head coach Travis Green getting canned.
Things started to look up after Bruce Boudreau took over behind the bench. The Canucks immediately went on a seven-game winning streak and pulled themselves right back into the mix in the Western Conference. The Boudreau-led Canucks ultimately went 32-15-10 and finished just a few points out of a playoff spot, a significant turnaround for a team that appeared to be headed for the league’s basement.
Vancouver’s mid-season turnaround also stopped them from opting to sell ahead of the trade deadline. There was plenty of speculation that the Canucks would move J.T. Miller to a contender as he was in the midst of the best season of his career. Instead, Miller rode his 99-point campaign into a seven-year, $56 million contract extension that’ll kick in for the 2023-24 season. 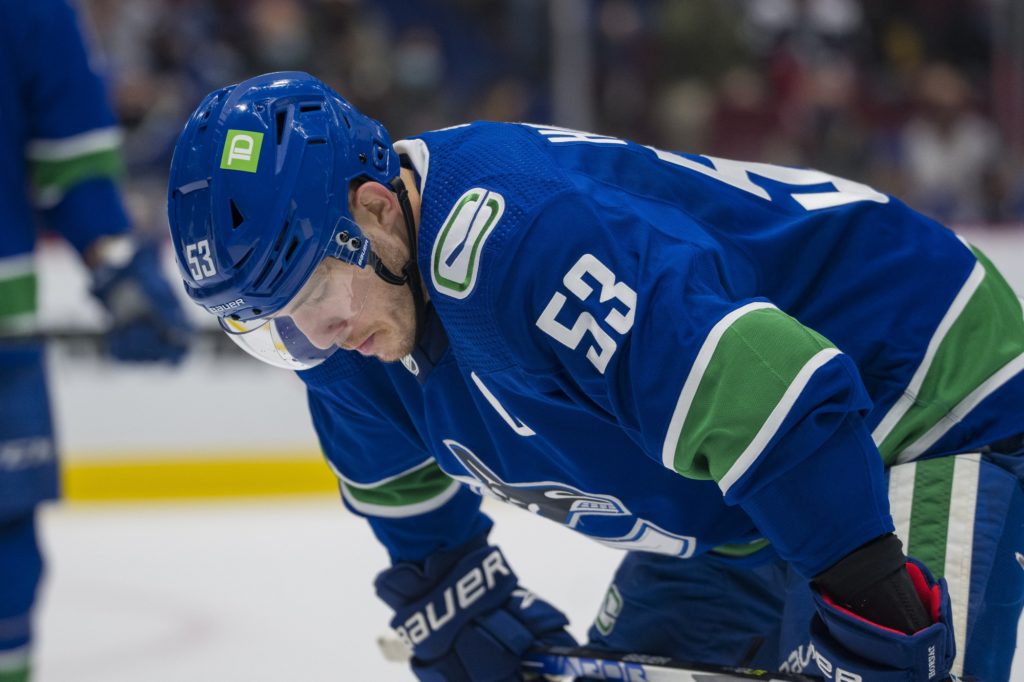 Notable Additions: Ilya Mikheyev, Andrey Kuzmenko, Curtis Lazar, Dakota Joshua, Christian Wolanin.
Notable Subtractions: Jaroslav Halak, Brad Hunt, Juho Lammikko, Jayce Hawryluk, Matthew Highmore, Nic Petan.
Given the way the front office operated in the off-season, it’s clear that they believe this version of the Canucks can be competitive and that pushing for the playoffs is the better move than diving into some kind of retooling process. The big move, of course, was inking Miller to that aforementioned seven-year contract, but the Canucks also added Ilya Mikheyev and Andrey Kuzmenko in free agency, giving the team some much-needed depth up front.
The hope in Vancouver is that the early-season struggles the Canucks had in 2021-22 are behind them and that the version of the team that we saw when Boudreau took over behind the bench is the team we’ll see for the entirety of the 2022-23 season. Will they hit the ground running? It’s obviously far from a guarantee.
The Canucks aren’t exactly rolling into the season loaded with momentum. The Canucks dropped their first five pre-season games, finally picking up their first exhibition win in Abbotsford against the Oilers on Wednesday, and Brock Boeser and Ilya Mikheyev will start the season on the shelf with injuries
Another thing worth noting is that both Boudreau and Bo Horvat currently have lame-duck contracts, as the Canucks opted not to sign their coach and captain to extensions in the off-season. If the Canucks get off to a slow start, things could spiral quickly given the uncertainty around two key members of the team’s leadership.
Verdict: The Canucks were a much better team with Boudreau behind the bench but there’s no guarantee that they can operate at that same pace over a full season. They’re far from a lock to make the playoffs and could have some difficult decisions to make when the trade deadline rolls around.