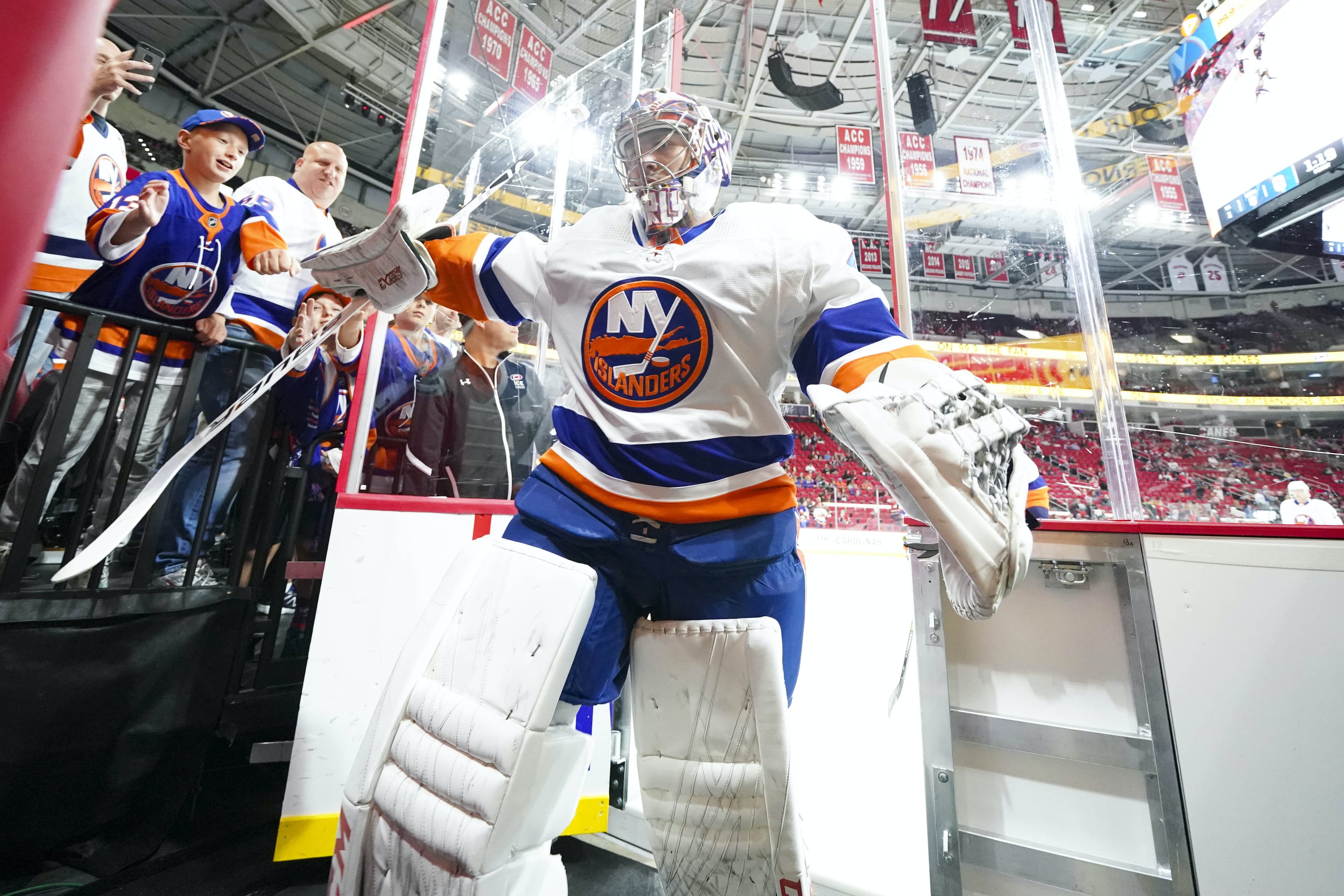 By Cam Lewis
8 months ago
If you’re still dreaming about Ken Holland going out and acquiring a top goaltender, you can cross Semyon Varlamov off of your list of possibilities.
With the New York Islanders all but out of playoff contention, rumours have swirled around multiple players on their roster.
One of the most interesting names they have to offer is Varlamov, an excellent goaltender with one year left on his contract. Moving Varlamov would make all kinds of sense for the Islanders, as they signed young ace goaltender Ilya Sorokin to a three-year, $12 million deal back in September and the team has cap issues they need to work their way out of.
Varlamov has a .911 save percentage in 17 games this season, which is down from the sparkling .929 save percentage he posted in 2021. His contract, which is worth $5 million annually for one more season, carries a clause in which Varlamov can block a trade to 16 teams.
Apparently, Varlamov won’t waive that clause to come to Edmonton…
Even without the issue of the no-trade clause, it seemed pretty unlikely that Holland would pull the trigger on a deal for Varlamov.
Last week, Holland said that he’s comfortable with the goaltending tandem of Mike Smith and Mikko Koskinen with Stuart Skinner as an insurance option. Holland has also shown skepticism when it comes to moving the team’s first-round pick, which might be needed to go the other way in order to net a goaltender as good as Varlamov.
The Oilers are scuffling as of late, as they’ve dropped six of eight games since winning five in a row right at the start of Jay Woodcroft’s tenure behind the bench. A major issue during this stretch has been keeping the puck out of the net, as the Oilers allowed four or more goals in four of the six losses.
While Koskinen has been strong lately, Smith has allowed 14 goals on 86 shots in his last four outings. The team called up Skinner a few days ago and it appears that they’re going to roll with three goaltenders on their active roster.
Nation Takes
Oilers Talk
Recent articles from Cam Lewis