Around The West: Chaos in Vegas as Robin Lehner may or may not be out for the season 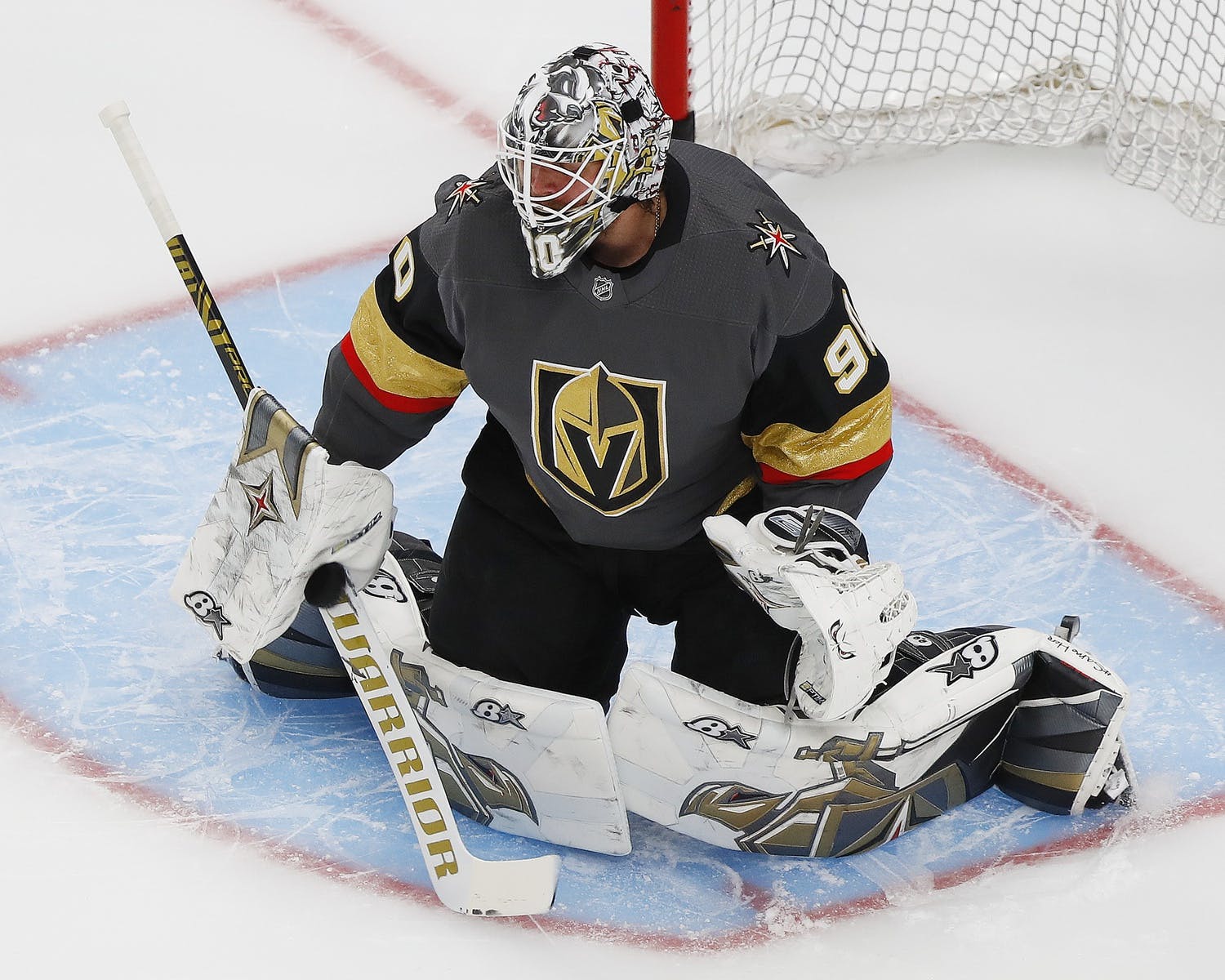 By Cam Lewis
9 months ago
The collapse of the Vegas Golden Knights has really been something to witness.
Back in November, Vegas pulled the trigger on a huge trade, acquiring Jack Eichel, the franchise centre that they had coveted for years, from the Buffalo Sabres. The Golden Knights were already said to be a Stanley Cup contender, and adding Eichel to an already star-studded lineup was supposed to be a move that put them over the top.
Ever since Eichel was activated from the Long-Term Injured Reserve, Vegas has been dancing around the salary cap tightrope, shuffling players to and from the LTIR to open up room for a different pricey star. Just recently, the Golden Knights finally managed to get all of Eichel, Mark Stone, and Max Pacioretty into the lineup at the same time.
When Eichel made his debut, the Golden Knights were 28-18-3. Since then, they’ve gone 14-13-2.
On Wednesday, head coach Pete DeBoer made the puzzling choice to pull Robin Lehner from a game that was tied 1-1 at the end of the first period. Vegas would go on to win the game in overtime.
The following day, word came out that Lehner was going to undergo season-ending surgery…
Shortly after that, DeBoer said that wasn’t the case and that Lehner missed the team’s practice because of a maintenance day…
At this point, it’s impossible to guess what’s going to happen when it comes to the Golden Knights. It never seems that anything can be transparent or openly communicated with that organization.
Anyways, let’s take a look at the Western Conference as we move into the final few days of the 2021-22 season… 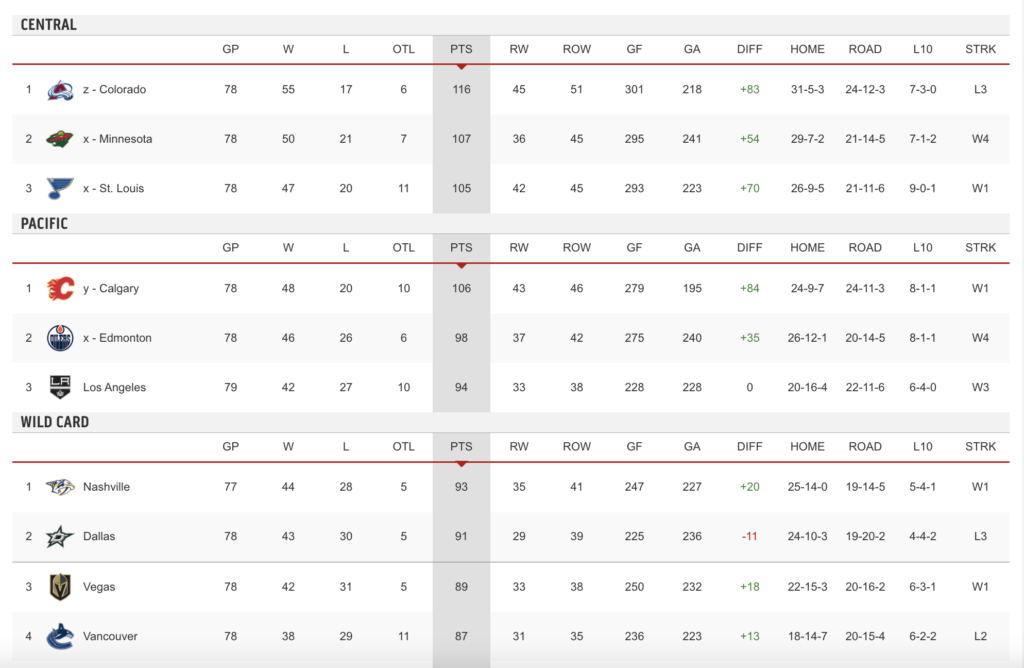 From Edmonton’s perspective, the out-of-town scoreboard at this point only matters when it comes to determining who the Oilers will face in the first round of the playoffs. Vegas and Vancouver can’t catch the Oilers in the standings and L.A. would need to win out and Edmonton would need to lose the rest of their games in order for the Kings to finish second.
The Golden Knights can still catch Los Angeles and finish third in the Pacific Division but it’s certainly going to be an uphill battle. The Kings are five points clear of Vegas and the Golden Knights only have four games left to make up that ground. The Canucks are seven points behind and need to win all four of their games to catch L.A., so that’s just about impossible.
We can pretty safely say that it’ll be the Oilers hosting the Kings in the first round of the playoffs.