Around the West: The Calgary Flames have added another reinforcement 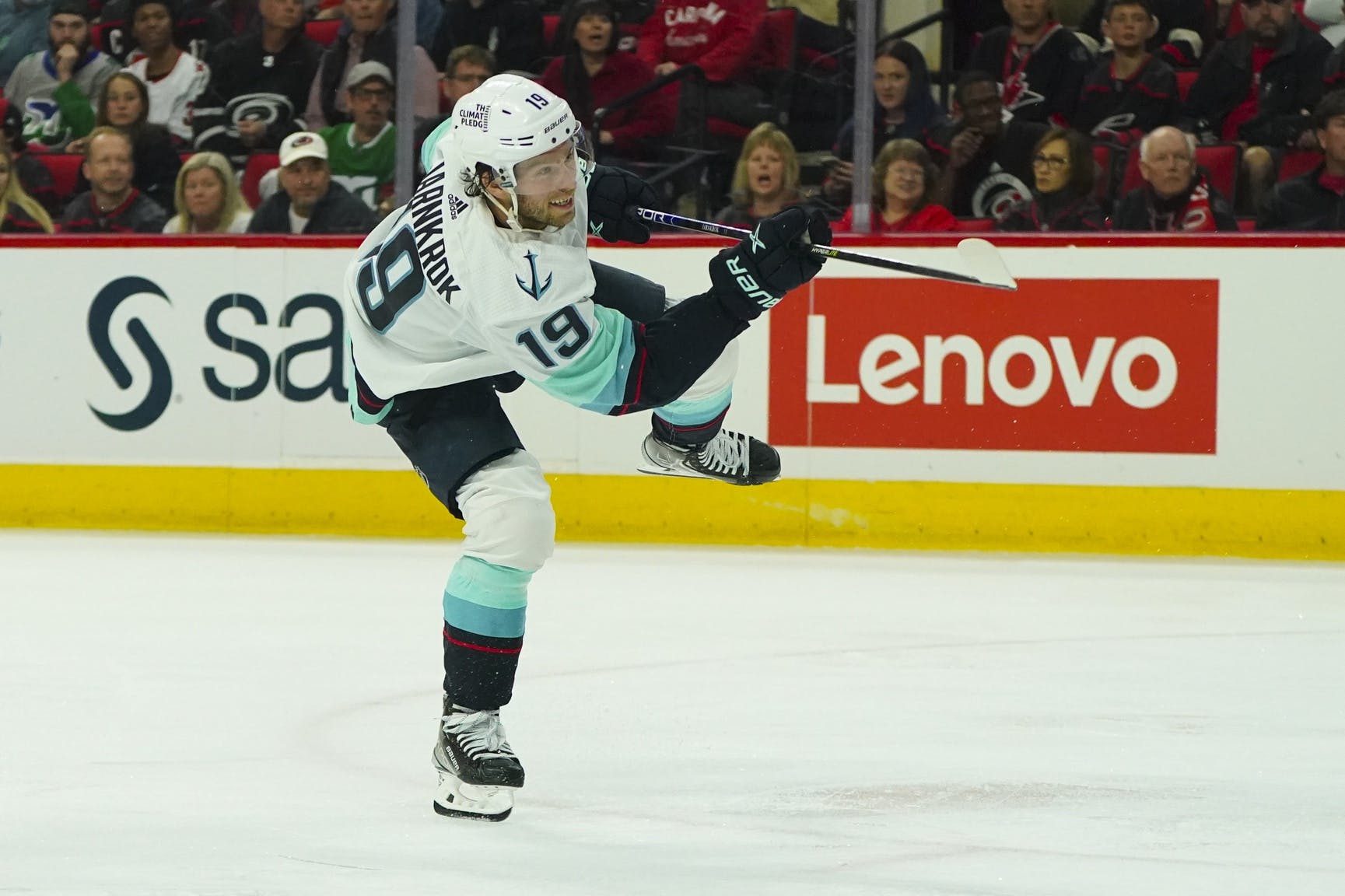 By Cam Lewis
8 months ago
It was an interesting night in the NHL on Wednesday as there were almost as many trades as there were games.
Four games were played and only two of them featured playoff teams, but the focus was all on the players that changed teams.
The Florida Panthers made two deals, sending Frank Vatrano to the New York Rangers as a cap dump so that they could acquire defenceman Ben Chiarot from the Montreal Canadiens in exchange for their first-round pick in 2023 and a prospect. The Calgary Flames also sent a second-, third-, and seventh-round pick to the Seattle Kraken for two-way forward Calle Jarnkrok. More on that one below. 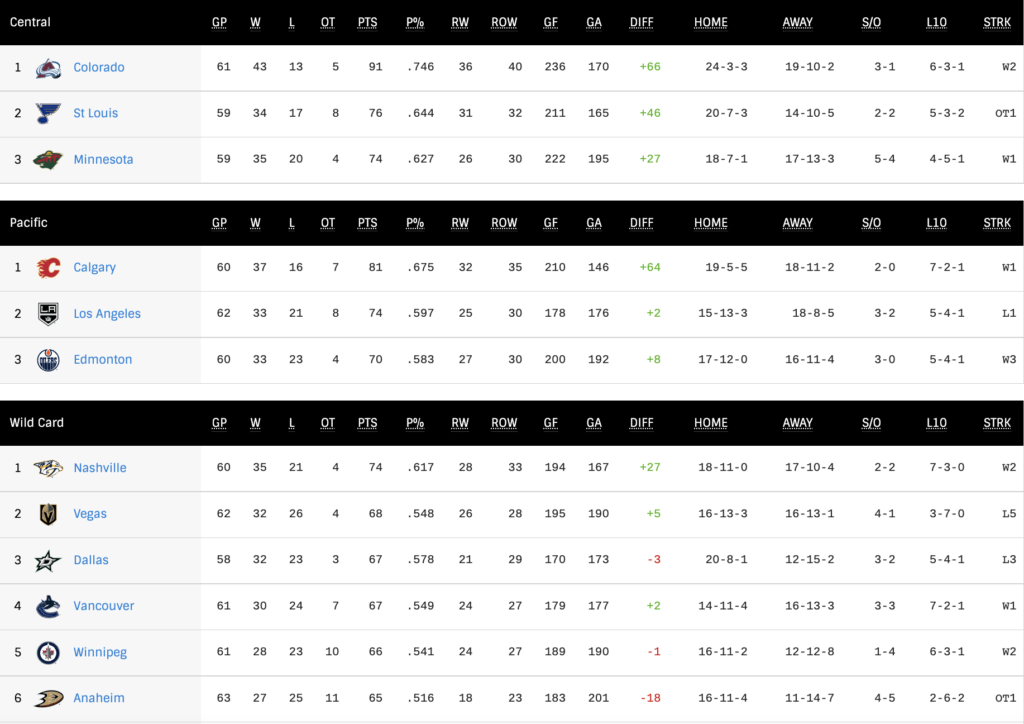 The morning of March 17.

This one is somewhat relevant to the Oilers as a cold stretch from the Wild had the team down in the first wild-card spot on Wednesday morning. But after taking down the Bruins by a score of 4-2, they’re back in third in the Central Division. Whenever we see a Western team taking on an Eastern team, we’re obviously hoping for the points to go out east.

The Flames picked up a commanding win on Wednesday, beating the Devils by a score of 6-3. As it stands this morning, the Flames are in first in the Pacific Division by a wide margin, as they’re up by seven points on the L.A. Kings with two games in hand and they’re 11 points clear of the Oilers with 60 games played each.
Calgary also added more depth to their forward group with the aforementioned trade for Jarnkrok, a quality, versatile, two-way forward. Through 49 games with the Kraken, Jarnkrok has 12 goals and 26 points, which puts him right in line with what he’d been producing throughout his career in Nashville. He’ll be a nice fit on Calgary’s third line with Blake Coleman and Mikael Backlund.

There are quite a few interesting games to watch on the out-of-town scoreboard as the Oilers host the Buffalo Sabres on Thursday night.
The Dallas Stars are in Montreal to face the Habs and the Nashville Predators are in Philadelphia to play the Flyers. As I mentioned above, it would be great if those points stayed out east. Later on at night, the Vancouver Canucks will host the Detroit Red Wings, the L.A. Kings will host the San Jose Sharks, and the Vegas Golden Knights will host the Florida Panthers.
If all goes well, Edmonton could find themselves two points behind the Kings in the standings with a game in hand and four points clear of the Golden Knights with two games in hand.
News
Recent articles from Cam Lewis