Around the West: The Oilers miss a golden opportunity to separate themselves from Vegas 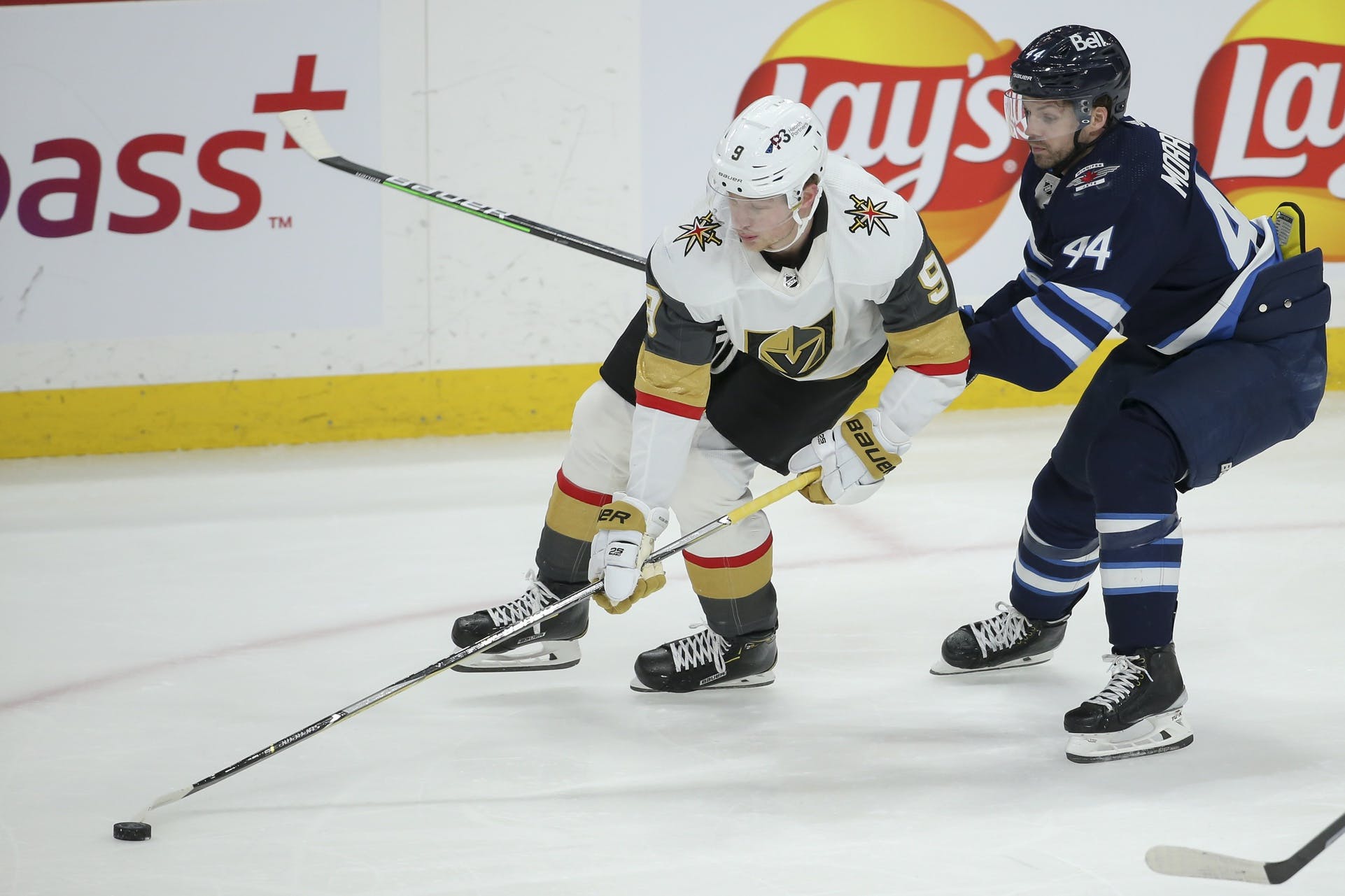 By Cam Lewis
10 months ago
Tuesday’s loss in Dallas was a frustrating one for the Oilers, as the team snatched defeat from the jaws of victory by allowing the Stars to score a pair of goals 24 seconds apart late in the third period.
The loss is even more frustrating when you consider the out-of-town scoreboard, as the Oilers A) missed a prime opportunity to extend their lead on the Vegas Golden Knights in the standings and B) lost ground to the Los Angeles Kings in the battle for second place in the Pacific Division. 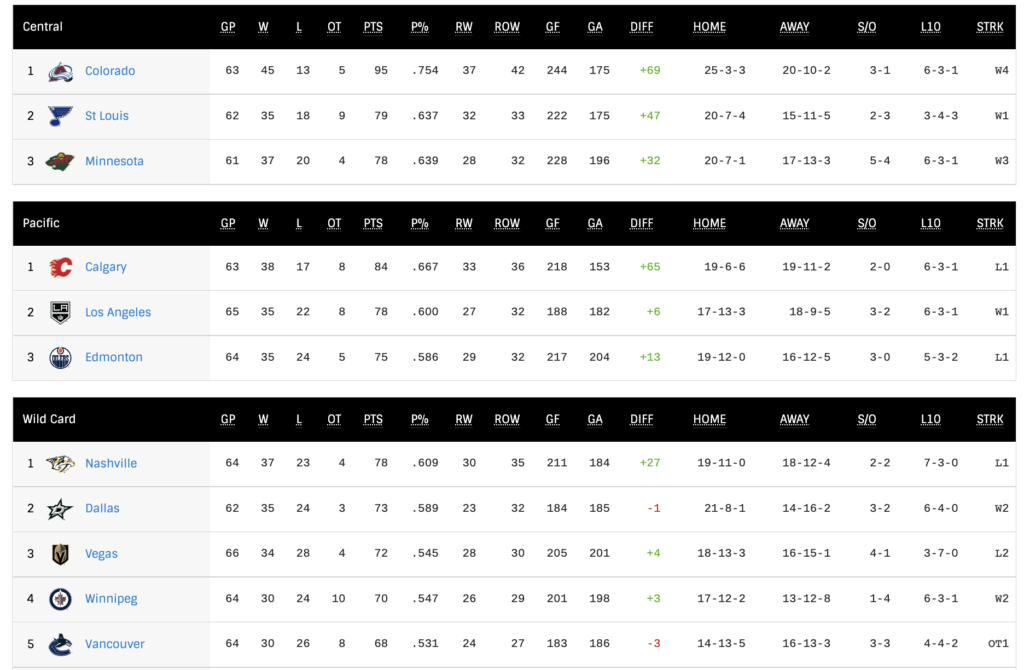 Despite selling off Andrew Copp, the team’s best rental asset ahead of Monday’s trade deadline, the Jets pulled off a huge win on Tuesday, beating the Golden Knights by a score of 4-0. Goaltending is the obvious issue for Vegas, as third-stringer Logan Thompson allowed four goals on 26 shots, but the Golden Knights have now been shut out in back-to-back games.
Vegas is on the outside of a playoff spot looking in and the Jets are suddenly only two points behind them in the standings with two games in hand. Even the Canucks are only four points back of Vegas and they also have a pair of games in hand.
Another challenge for Vegas is their weird Evgenii Dadonov situation. The Golden Knights made a deal with the Canucks to dump Dadonov’s $5 million cap hit, but…
If the trade doesn’t go through, it makes life even more difficult for the cap-strapped Golden Knights, who have multiple key players on the Long-Term Injured Reserve. The plan for Vegas was to roll Tampa style, stashing players on the LTIR until the playoffs when there’s no salary cap, but now making the playoffs is no guarantee.

After suffering a big loss to the Golden Knights on Saturday, the Kings are back in the win column as they exploded for a 6-1 victory over the Predators.
The win moves L.A. three points up on Edmonton in the standings, though the Oilers have one game in hand. The Kings have some easy games on the horizon, as they host the Blackhawks and then the Kraken twice, and then they’ll head to Edmonton for a huge game against the Oilers.

The Flames saw what the Oilers did on Tuesday night, and, in extremely Calgary fashion declared: ‘Edmonton did that so I need to do that too!’
Alexander Barabanov and Logan Couture scored 28 seconds apart as the Sharks erased a 3-2 deficit and wound up beating the Flames by a score of 4-3.
Calgary still has a healthy lead in the Pacific Division, so this loss doesn’t mean much. Still, it’s funny to see both the Oilers and the Flames lose in virtually identical ways on the same night.

Wednesday will be a quiet night in the Western Conference playoff race, as the only game with implications features the Canucks heading into Colorado in desperate need of a win over the Avalanche. On Thursday, the Oilers will host the Sharks while the Kings host the Blackhawks and the Golden Knights host the Predators.
Oilers Talk
Recent articles from Cam Lewis