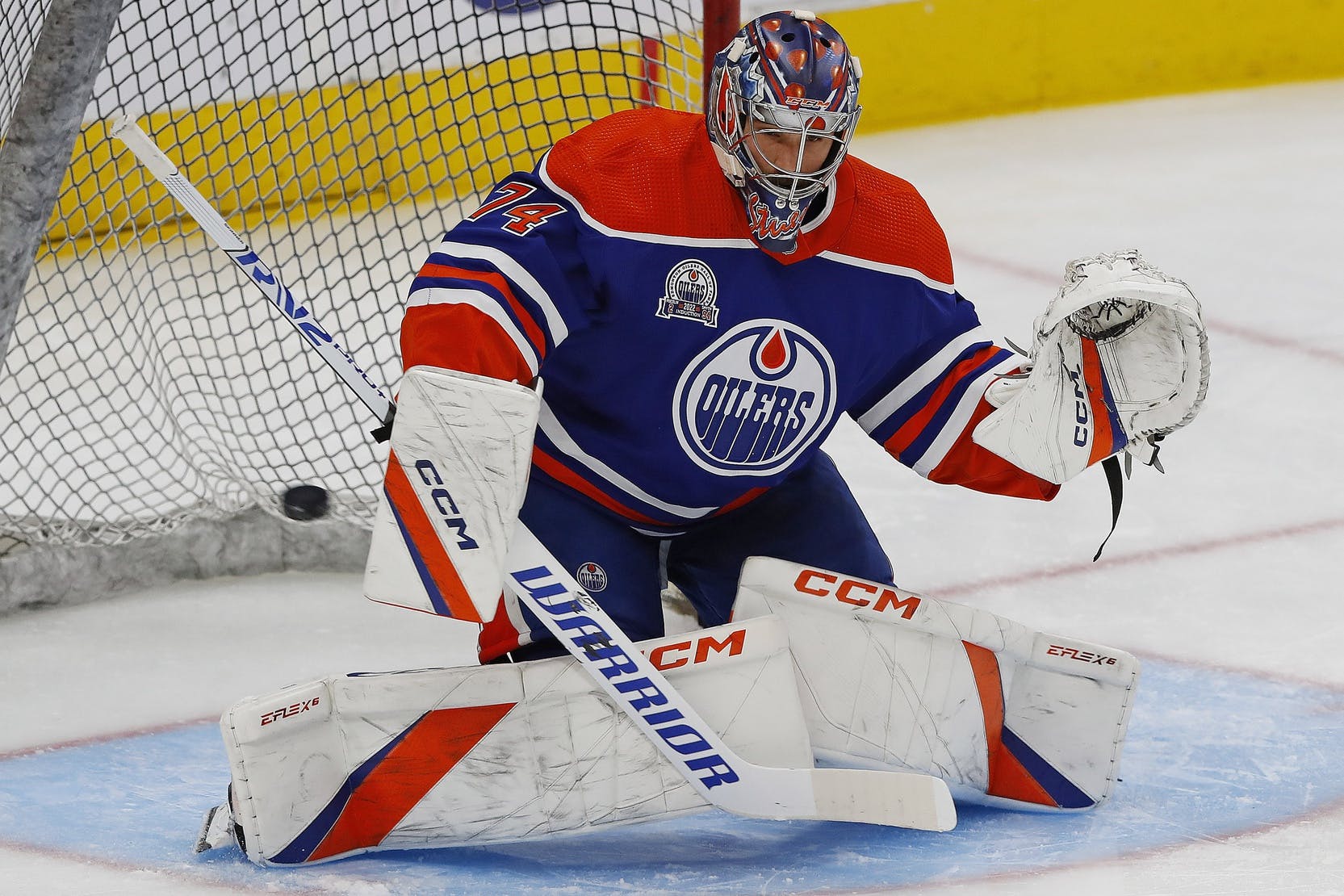 By Robin Brownlee
2 months ago
A reader in our latest Monday Mailbag feature wanted to know how long we’ll go until Stuart Skinner is labelled the Edmonton Oilers No. 1 goaltender. The crux of the question is fair enough, but we’re 16 games into the season and I don’t see a need to label anybody anything at this point.
The answer for me is for coach Jay Woodcroft to give the crease to whoever is playing best and gives the Oilers the better chance to win. Right now, that’s Skinner, and by a significant margin, over Jack Campbell. While that certainly wasn’t the plan going into the season, given that Campbell is the guy with a new contract worth $25 million over five years, who gets labelled what is a long, long way down my list of concerns.
After making 40 saves in a 4-2 win over the Florida Panthers on Saturday, Skinner sits at 3-3-0 with a 2.53 GAA and .932 save percentage. Campbell is 6-4-0 with a 4.27 and .873. It’s no contest today, but there’s a lot of hockey left to be played and Woodcroft is going to need both guys the rest of the way.
“It’s a tough question,” Skinner said after the Florida game when asked if he’s exceeded his own expectations to this point. “I don’t know if I had too many expectations. I just kind of try to be the best that I can be every day and try to keep on growing my game every day, trying to keep getting better. The guys have been doing a heck of a job helping me get better every day and I think just coming in, just trying to be who I am.”
Best guy gets the net. No label required.

With two tough match-ups this week, Wednesday against Los Angeles and Saturday against the Vegas Golden Knights, Connor McDavid and Leon Draisaitl are at it again atop the NHL scoring race with points streaks on the go.
McDavid leads the Art Ross scoring derby with 15-17-32 and has points in 10 consecutive games with 10-12-22. Draisaitl is second with 9-19-28 and has points (7-13-20) in 11 straight games. Season in and season out, it really is remarkable to watch these two when they’re locked in as they are now. We’re spoiled. 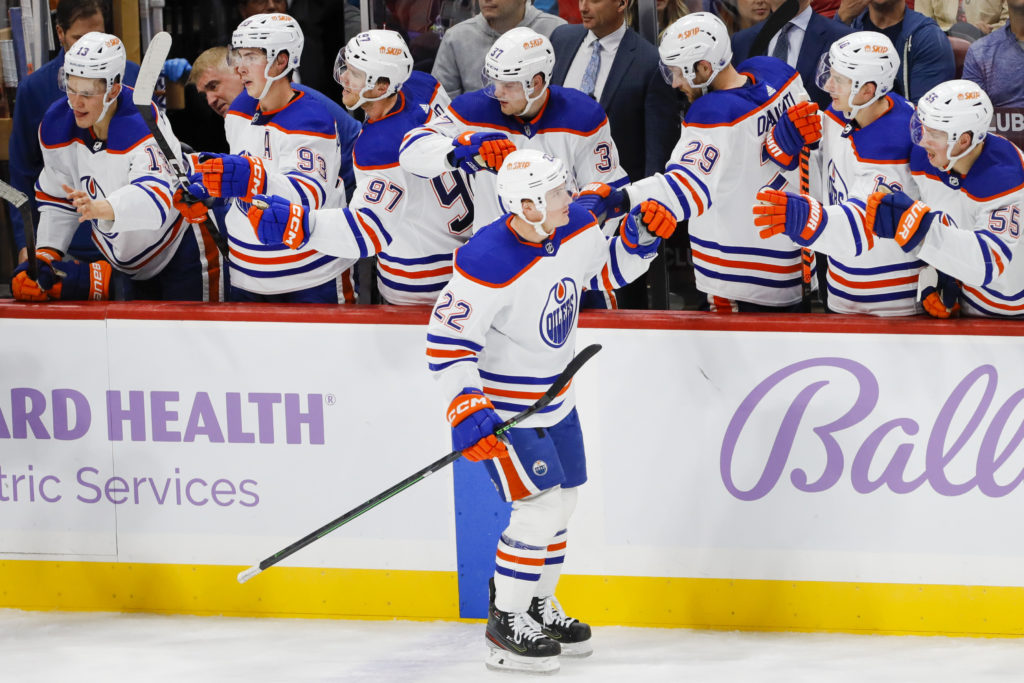 Nov 12, 2022; Sunrise, Florida, USA; Edmonton Oilers defenseman Tyson Barrie (22) celebrates with teammates after scoring during the second period against the Florida Panthers at FLA Live Arena. Mandatory Credit: Sam Navarro-USA TODAY Sports
I’ve lost track of how many times Tyson Barrie has been tagged the Oilers defenceman most likely to be traded. I get it. He has value and can help address other needs, plus, a lot of fans believe that Evan Bouchard will be able to replicate Barrie’s production. I can see that down the road, but Barrie is among the top 15 in scoring for defencemen with 3-9-12 and Bouchard is off to a tough start.
The time will come to move Barrie, who scored two goals in the win over the Panthers and is just a couple of years removed from leading NHL defencemen in scoring, along, but this isn’t it unless there’s a proven top-four blueliner on a value deal coming back for him.

I’ve liked Warren Foegele’s play better of late, specifically on the last road trip, where he picked up a couple of goals, in Washington and against the Panthers, in four games. His 16:04 in ice time on Saturday was a season high . . . even with a stint on McDavid’s wing on the trip, Jesse Puljujarvi still isn’t getting much done offensively as he sits at 1-2-3 through 16 games (compared to 6-8-14 last season) . . . so, Devan Dubnyk with the hammer on former teammate Nail Yakupov this morning.
Editorials
Featured
Oilers Talk
Recent articles from Robin Brownlee