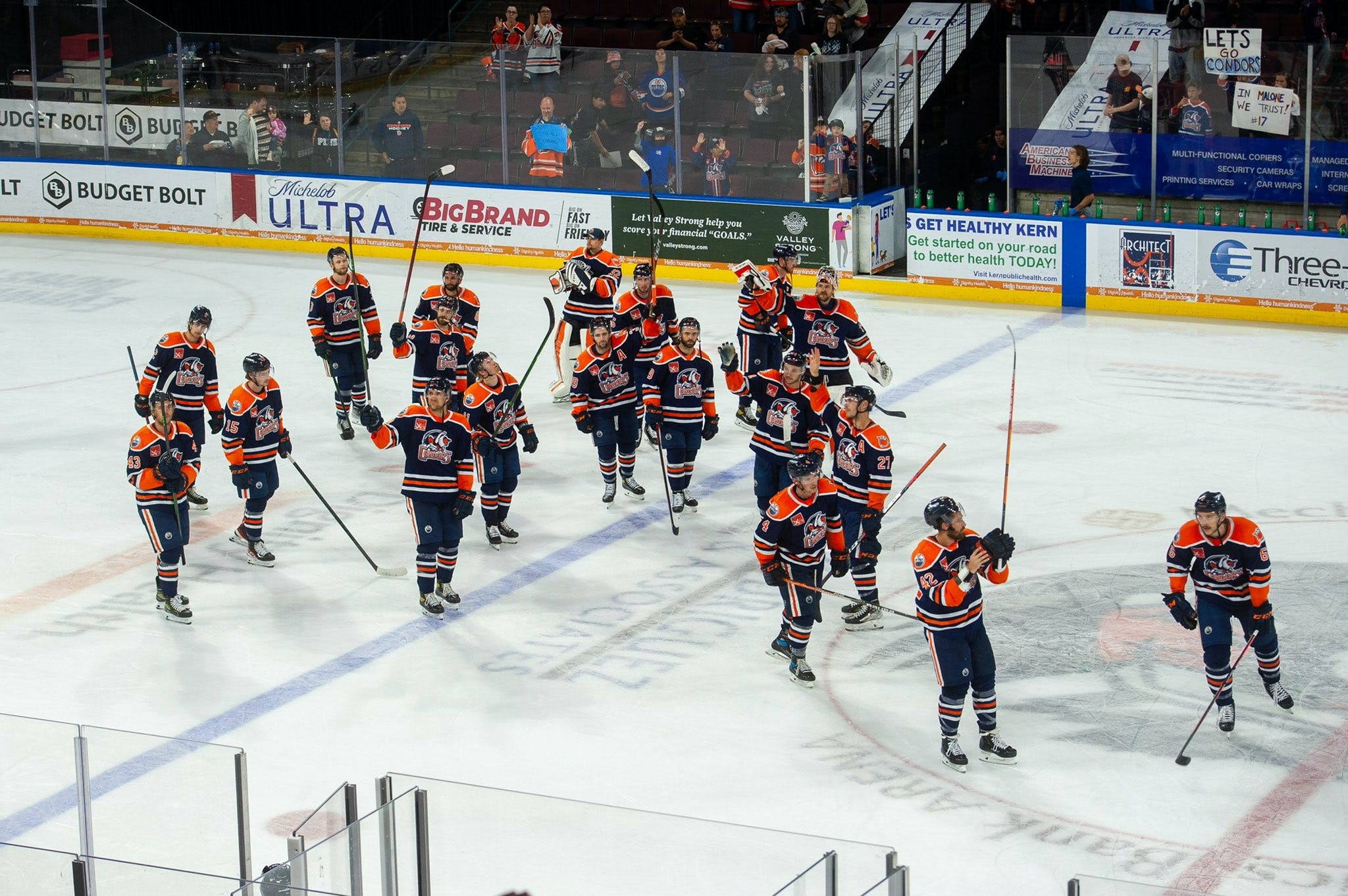 By Zach Laing
6 months ago
Those looking to get a first-hand look at the Bakersfield Condors will now have an easier time doing so.
The Oilers’ AHL affiliate had their schedule released on Thursday and it includes four games played in Calgary. While their season kicks off October 7th, the Condors will travel to Calgary in January, and in February.
They play the Flames’ unnamed AHL affiliate on Sunday January 8th, and Tuesday January 10th. They also travel up north for a back-to-back set on February 2nd and 3rd.
This years’ Condors team should have an interesting look with a number of Oilers prospects graduating. Guys like Tyler Tulio, Xavier Bourgault and Noah Philp, among others, will be taking up big chunks of ice time there next season.
The Condors’ schedule breaks down as so: