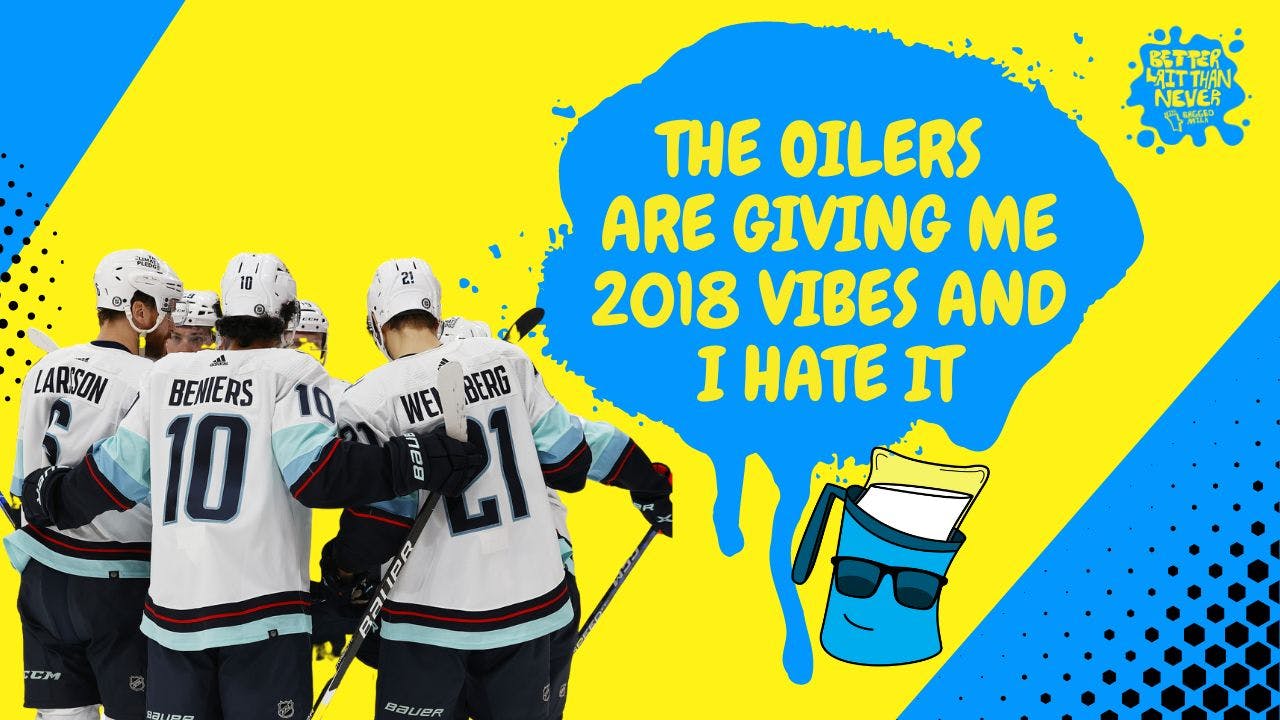 By baggedmilk
22 days ago
It’s Wednesday night and that means a new episode of Better Lait Than Never is all set and ready for your ear holes. This week, I’m talking a whole lot of Edmonton Oilers as the boys continue to spin their wheels despite working through a list of winnable games.
To kick off this week’s podcast, I got started with a look at New Year’s Resolutions and specifically how I think they’re a waste of time unless you’ve successfully worked with the concept before. Otherwise, aren’t you just putting a bunch of pressure on yourself to make a life change that you’ve been able to do before? Why do you need a new calendar year to start working on your goals? From there, I looked at what the hell has been going on around here over the last few weeks as the Edmonton Oilers just can’t seem to turn this ship around. Whether it’s shooting themselves in the foot with blown leads at home or straight-up losing to teams that they should beat more often than not, the Oilers are running out of time if they plan to turn this season around and it’s starting to drive me nuts. With some tough games coming up on the schedule, the boys need to figure themselves out quickly or we’ll be talking about another lost season in year eight of Connor McDavid’s career. Lastly, I wrapped up the episode with another round of voicemails to get your take on what’s been going on over the last week.
Want to leave a voicemail for next week’s show? Do it here!
Listen to this week’s episode of BLTN below:
Subscribe to Better Lait Than Never for FREE on Spotify, Apple Podcasts, Google Podcasts, and wherever else you get your podcasts from! Better Lait Than Never is proudly presented by our friends at The Audio Department, Betway, and Trilogy Oilfield Rentals, and without them, this podcast would not be possible. You can also check out my BLTN charity tees/hoodies here.
Shows
Recent articles from baggedmilk