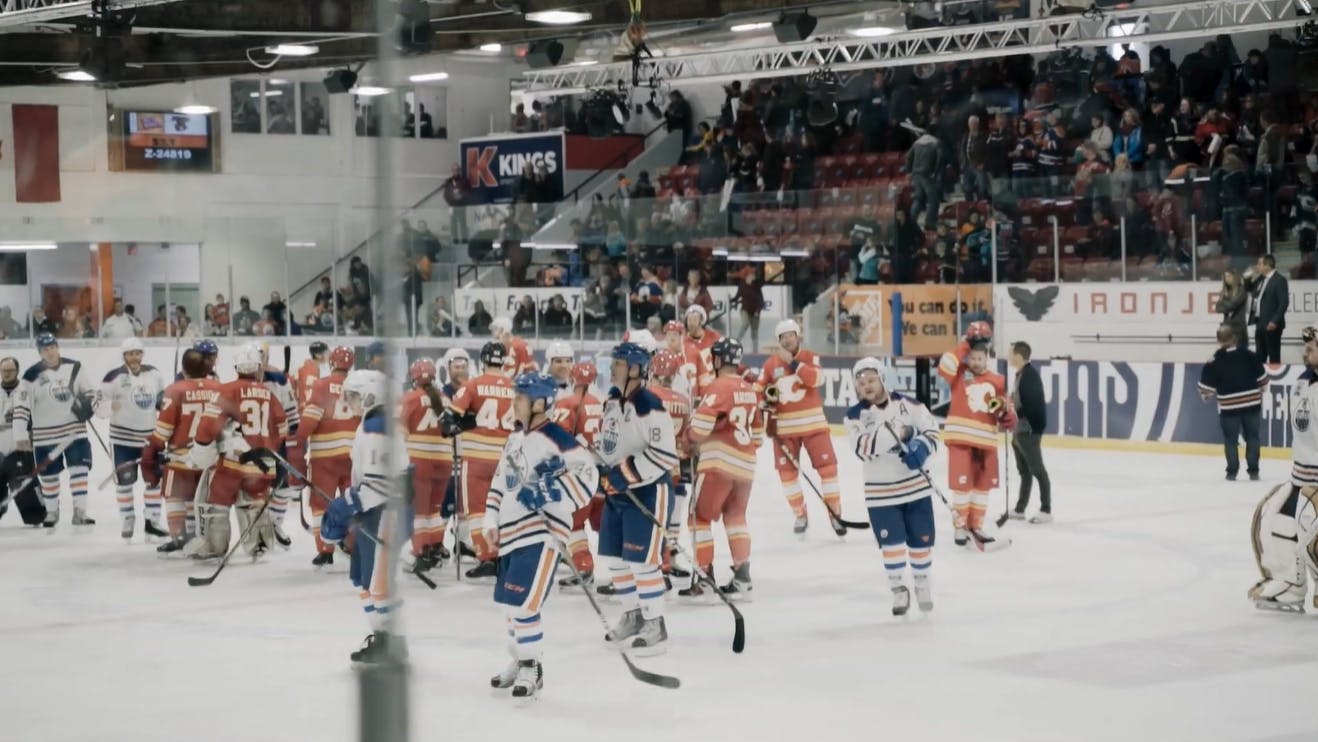 By Zach Laing
3 months ago
The 2nd annual Boundary Battle of Alberta is set to take place in Lloydminister this weekend featuring a slew of Edmonton Oilers and Calgary Flames alumni taking part in a game.
Among the former Oilers that will be there playing include Ales Hemsky, Kyle Brodziak, Steve MacIntyre, Ladislav Smid, Eric Gryba, Cory Cross, Raffi Torres, Charlie Huddy, Chris Joseph and Joaquin Gage.
For the Flames alumni, names like Doug Gilmour, Martin Gelinas and Mike Commodore.
Hosted by Boundary Ford, proceeds from the event will go to local community organizations like Lloydminister Rescue Squad and the Lloydminister Region Health Foundation. The game will take place at the Centennial Civic Centre.
Not only that but a number of young Oilers will be there meeting fans and signing autographs. Ryan McLeod, Dylan Holloway, Stuart Skinner, and Philip Broberg will all be there as part of the event.
An autograph session will run from 12:30 – 2:30 p.m. MST with pre-game warmups kicking off at 3:45 p.m. To top it all off, there will be a player game worn jersey auction that will take place when the game is all wrapped up.
Tickets for the game are available on the Boundary Battle of Alberta website.
Zach Laing is the Nation Network’s news director and senior columnist. He can be followed on Twitter at @zjlaing, or reached by email at zach@oilersnation.com.
Nation Takes
News
Oilers Talk
Recent articles from Zach Laing