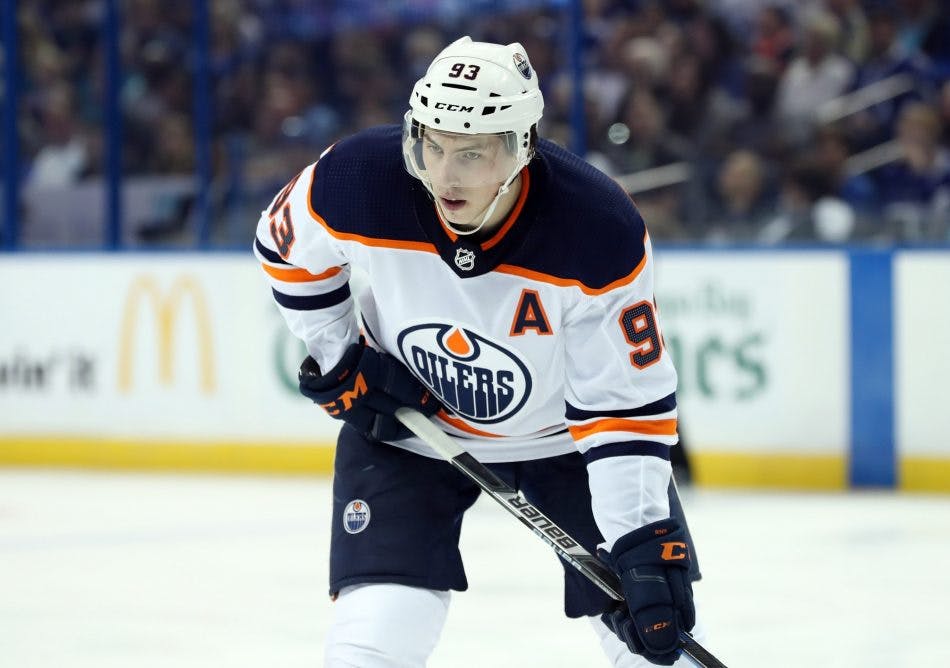 By Zach Laing
1 year ago
We’re now a day out from Ryan Nugent-Hopkins putting pen to paper on an eight-year, $41-million contract with the Edmonton Oilers.
And today, we’re going to take a look at how his contract breaks down and what it means for the Oilers, and Nugent-Hopkins.
His contract structure was broken yesterday by TSN’s Pierre LeBrun and is a deal largely paid out in salary.
The contract is fairly front-loaded with $22.75-million paid out in salary over the first four years. In 2025-26, he sees his first signing bonus in the form of $2-million, followed up more $3.75-million over the next two years.
According to PuckPedia, there are some interesting things to note:
Taking a look at a buyout, it would not be very palatable in the final two or three years of the deal. If the Oilers want to buyout the final two years of his deal, Edmonton will owe him money for four years. In years one and two, Edmonton would take a $3.6-million and a $2.4-million, before subsequent $1-million cap hits in the following two years.
If the Oilers want to buy out the final three years, they would owe him money for six years. In years one, two and three, he would have a cap hit of $3.8-million, $3.5-million, and $2.3-million, before three years of $944K.
The Oilers need to bank on two things happening:
All in all, his contract is virtually buyout proof. It’s more likely than not that years from now it would be more valuable to just hold onto the remaining years of his deal, or trade him, than to try and force a buyout that would cost the team much longer than it needs to.
Zach Laing is the Nation Network’s news director and senior columnist. He can be followed on Twitter at @zjlaing, or reached by email at zach@oilersnation.com.
Nation Takes
News
Oilers Talk
Recent articles from Zach Laing