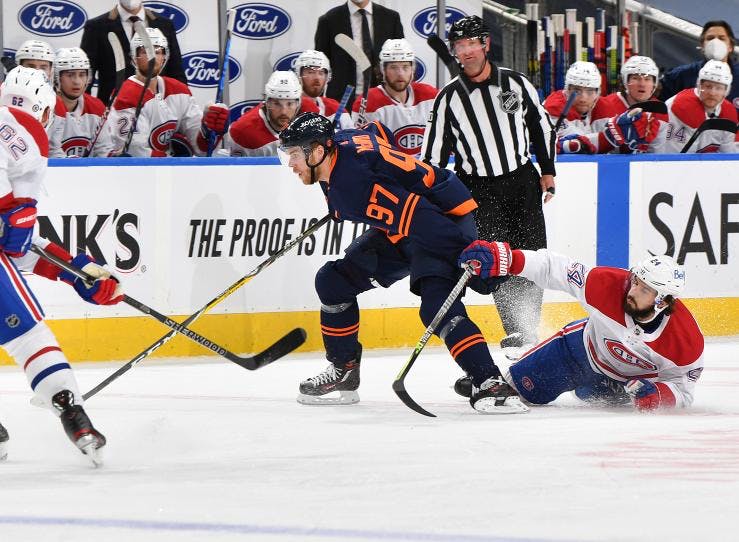 By Robin Brownlee
1 year ago
I was scrolling through the internet this morning when I came across a “Free Connor McDavid” headline on a story written by Sam Fels at Deadspin. With Toronto-based writers busy with the Maple Leafs on the eve of training camp, it seemed a bit late to see another “McDavid wants out of Edmonton” bit of clickbait.
Turns out it is. The Deadspin folks weren’t penning a lame take like that. The piece is an item urging the NHL and its officials to finally start calling the rule book, thus allowing McDavid and the league’s other elite players to do what they do best – namely entertain fans with their skill without having to fight through all means of hooking, holding and hacking along the way.
That’s a story that’s been written more than a few times in recent years, and one I took a run at again last season. Repetitive or not, that’s a storyline I’m going to get behind until those who call the shots at the NHL get it figured out. Even with the Oilers’ rookies already on the ice and main camps starting across the league next week, it’s never too late.
McDavid isn’t alone, but he’s the poster boy for everything wrong with NHL officiating and somehow fought his way through all the non-calls to put up 105 points in 56 games. Despite being second in the league in penalties drawn, way too much went uncalled. In four playoff games vs. Winnipeg, McDavid didn’t draw even a single penalty in 121 shifts. Not one.
Considering all of the above is nothing new, McDavid was remarkably restrained when he talked to outlets like Postmedia and The Athletic about the subject again this week. 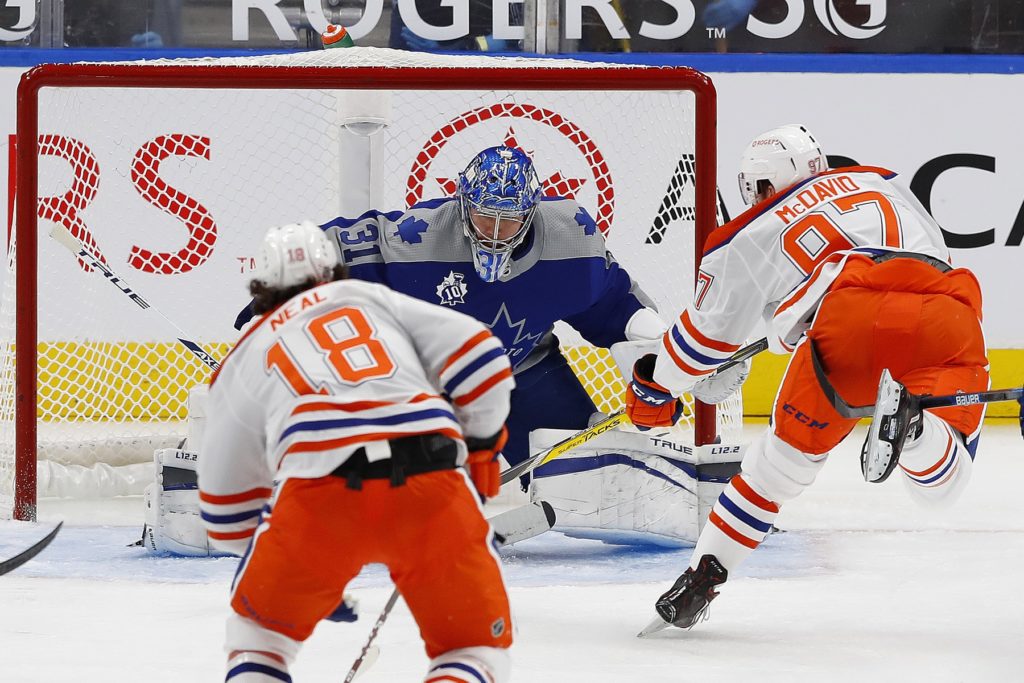 “It’s such a hard job, they’re never going to be perfect, they do the best they can do,” McDavid said. “They’re human, too, and they have their own opinions. They’ll see the game maybe a little bit differently. Overall, you just want to see some consistency from game to game, consistency throughout the night, period to period. That’s what everyone is striving for.”
The way I see it, what’s come to be known as game management is the single biggest issue leading to the inconsistency we see all too often. As opposed to missing a call because an official doesn’t see it, which happens in a game as fast as hockey, there’s other factors at play.
What’s the score? What’s the penalty count in the game? Can a referee make a fifth straight call against a team, even if it’s legit? The referees can’t call every hook, hold or hack against McDavid or Nathan MacKinnon or fill-in-name-here, can they? Well, they can, and they should, but they don’t. You know the story. Might it change this season? Sure.
“You obviously want to call the rule book, that’s what it’s there for,” McDavid said. “If you call each and every one, there will be lots of penalties, but if there’s lots of penalties that’s just the way it is. The rulebook is there for a reason, and you want it called with integrity . . . if you let guys get away with certain things they’re going to keep getting away with it.
“It’s a quick game out there. There is lots going on, lots to watch, and there are only two of them. It’s a tough job and something I don’t envy.”

With a new seven-year TV deal with Turner Sports in place and a new team in the Seattle Kraken as part of the mix for 2021-22, might we at long last see the game open up and the entertainment factor cranked up a notch or two? I hope so, but given the history with this, I’m really reluctant to say I think so. Big difference.
Free Connor McDavid.