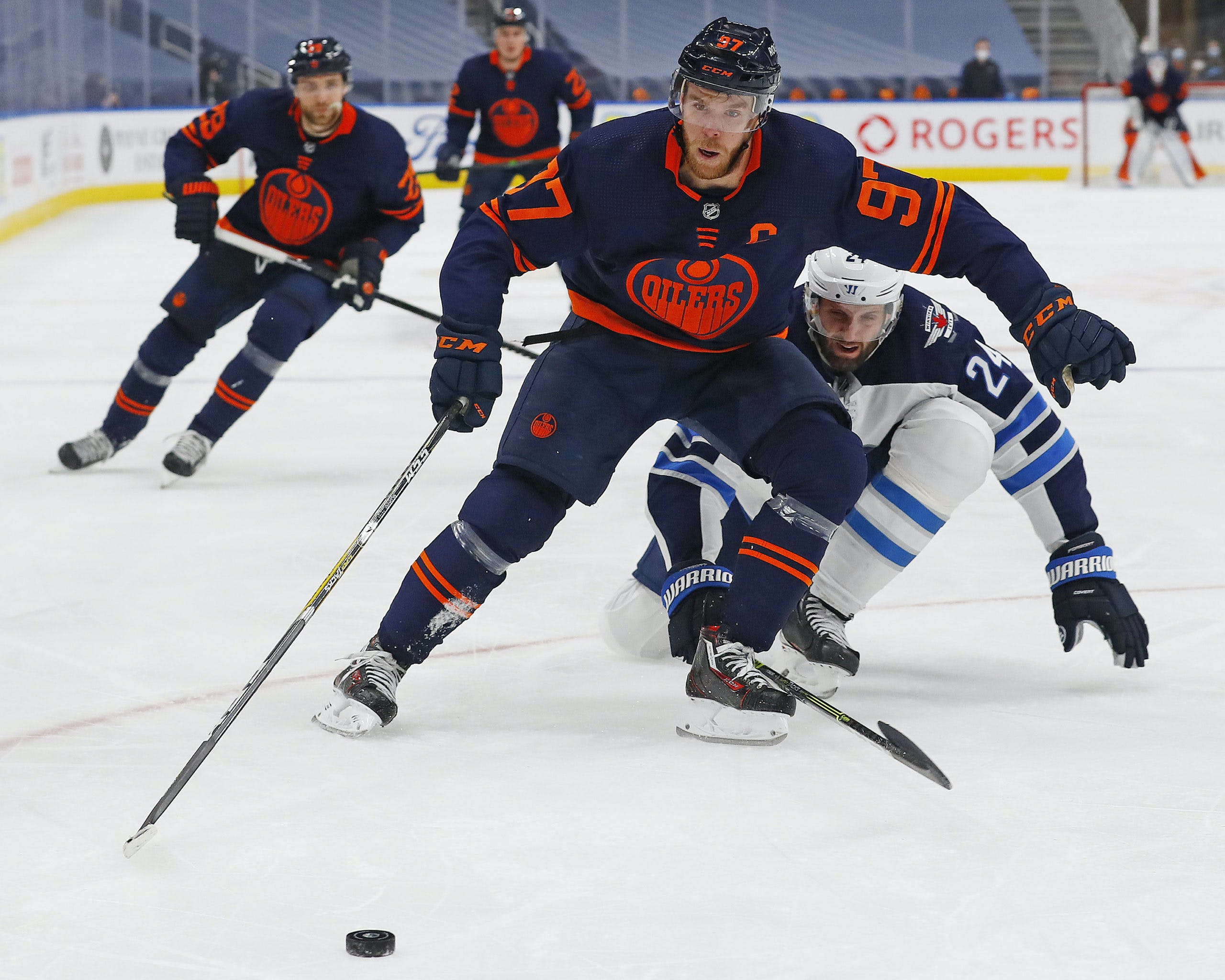 By Robin Brownlee
1 year ago
As we all know, Connor McDavid is coming off a season in which he was unanimously voted the Hart Memorial Trophy as the NHL’s MVP and that he won the Art Ross Trophy for leading the scoring race in a waltz with a ridiculous 105 points in 56 games.
If anybody deserved some time to kick back, relax a little and ease back into a fitness regimen in preparation for training camp in the third week of September, it’s the Oilers’captain. But no, of course not. McDavid has been back training since July and he’s spending this week at the BioSteel hockey camp in Ontario. McDavid told the Associated Press his focus is working on his defensive play and becoming a better all-around player.
It shouldn’t be surprising to anybody, really, because that’s what makes McDavid the player he is. As blessed with talent as he is, McDavid has shown he’s absolutely relentless when it comes to working on his game. I’m guessing that has something to do with the one piece of silverware that’s eluded him through his first six seasons with the Oilers.
“This is one of those weeks where guys are really trying to ramp it up and dial in their details, and I’m no different,” McDavid told the AP. “I’m trying to keep the details where they need to be, and that way when it comes to training camp it’s not just a light switch.”

PUTTING IN THE WORK 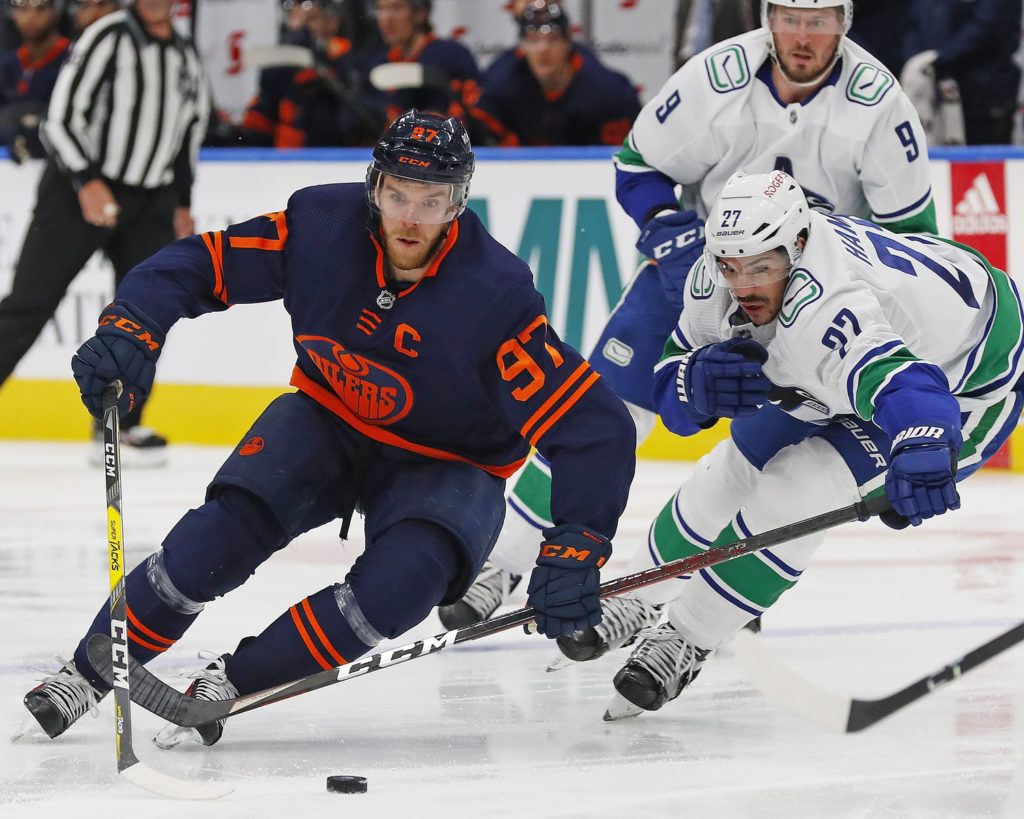 May 15, 2021; Edmonton, Alberta, CAN; Edmonton Oilers forward Connor McDavid (97) carries the puck around Vancouver Canucks defensemen Travis Hamonic (27) during the third period at Rogers Place. Mandatory Credit: Perry Nelson-USA TODAY Sports
Between early playoff exits and no playoffsat all, McDavid is well aware there’s more work to do, no matter how prolific he’s been to this point in his career. With 574 points in 407 games, he is already eighth in career franchise scoring and will pass Doug Weight, Ryan Smyth and Paul Coffey this season if he stays healthy. As good as McDavid is, there’s room for growth.
“It’s lots of battle drills, lots of little one-on-one things, scrimmage stuff,” McDavid saidof the regimen at BioSteel. “Just trying to stop on pucks, get into some battles and really focus on that. For me that’s always kind of where the defensive game slips is when I’m not dialed into those details and stopping on pucks and supporting guys and doing all that . . .
“Heading into my seventh year, you realize that you’ve always got to be building on your game, growing your game and working on a full, 200-foot game. It takes some growing up to kind of realize that. I’ve definitely gone through that process.”

Former Vezina Trophy winner Pete Peeters is one of the most soft-spoken and unassuming guys you’ll meet, but there’s absolutely no question he’s got a flair for the dramatic – at least when it comes to being a part of record-setting events.
Peeters, 64, who spent time as a goaltending coach with the Oilers when his playing days were done, is best known for allowing four of the five goals Wayne Gretzky scored in the 39th game of the 1981-82 season to hit the 50-goal mark (the 50th was into an empty net) as a member of the Philadelphia Flyers.
Now, according to this story in the Aug. 29 edition of the Vancouver Province, Peeters has had a hand in landing the largest sturgeon ever recorded – a monster measuring more than 11 feet in length and weighing an estimated 890 pounds — in the Fraser River north of Chilliwack, B.C.
“I couldn’t fathom how big these fish were,” Peeters said from his home, which is fittingly in Sturgeon County. “Even when the fish came up, it was hard to believe.”
Nation Takes
Oilers Talk
Recent articles from Robin Brownlee