Could Jake DeBrusk’s new contract facilitate a trade to the Edmonton Oilers? 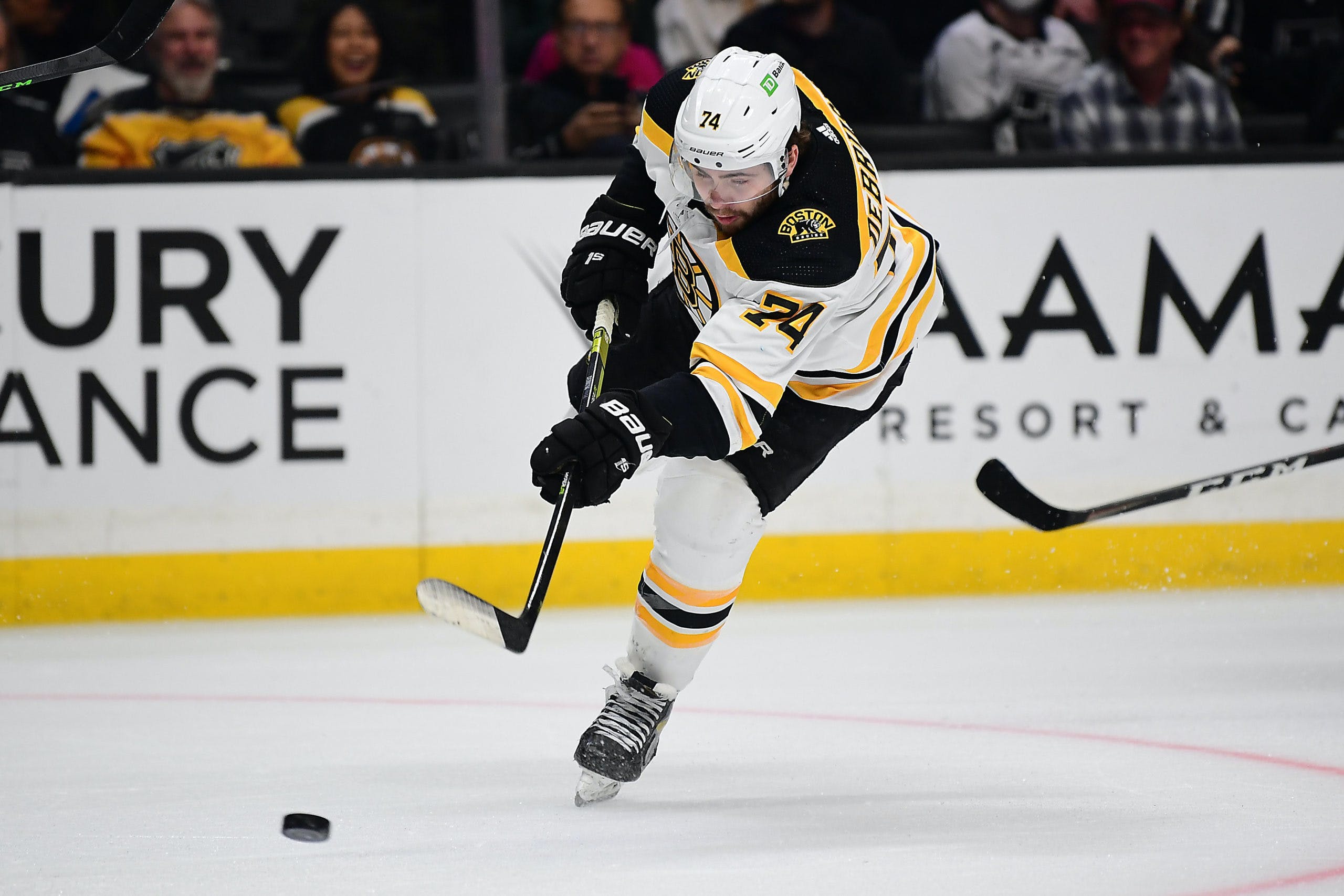 By Zach Laing
10 months ago
There’s been no shortage of connections between Jake DeBrusk and the Edmonton Oilers.
A native of Alberta’s capital, DeBrusk played his minor hockey through Edmonton’s ranks before joining the WHL’s Swift Current Broncos. Now, six years into his pro career, the 25-year-old is looking for a fresh start.
He publically requested a trade earlier this year and Monday morning inked a new deal with the Bruins as a pending RFA.
According to Daily Faceoff’s Frank Seravalli, it might be just enough to facilitate a trade.
We’ve written at length about DeBrusk at Oilersnation for a while. As most recently noted by our own NHL_Sid, DeBrusk is still able to play in a second to third-line role at the NHL level.
This year with the Bruins he’s been producing well. He’s appeared in 57 games scoring 15 goals and 26 points. With him on the ice at 5×5 this year, the Bruins have controlled 52.13 percent of the shot attempts, 45.10 percent of the goals scored and 54.16 percent of the expected goal share. His PDO of 97.5 suggests he could expect even better results as his on-ice shooting percentage of 5.64 is around three percent below average.
According to hockeyviz.com, his even-strength isolated impacts come largely in the offensive zone. DeBrusk provides offence at an eight percent rate above league average generating lots of shots from in tight, while he contributes defence at a four percent rate below league average.
He could fit in well with this Oilers team right now. While his skill set might be a bit redundant as a shoot-first winger, he could be a strong addition to the third line of the Oilers alongside Ryan Nugent-Hopkins.
At the end of the day, he’s someone who can drive play offensively and has scored 27 goals in his career.
Zach Laing is the Nation Network’s news director and senior columnist. He can be followed on Twitter at @zjlaing, or reached by email at zach@oilersnation.com.
Nation Takes
News
Oilers Talk
Recent articles from Zach Laing