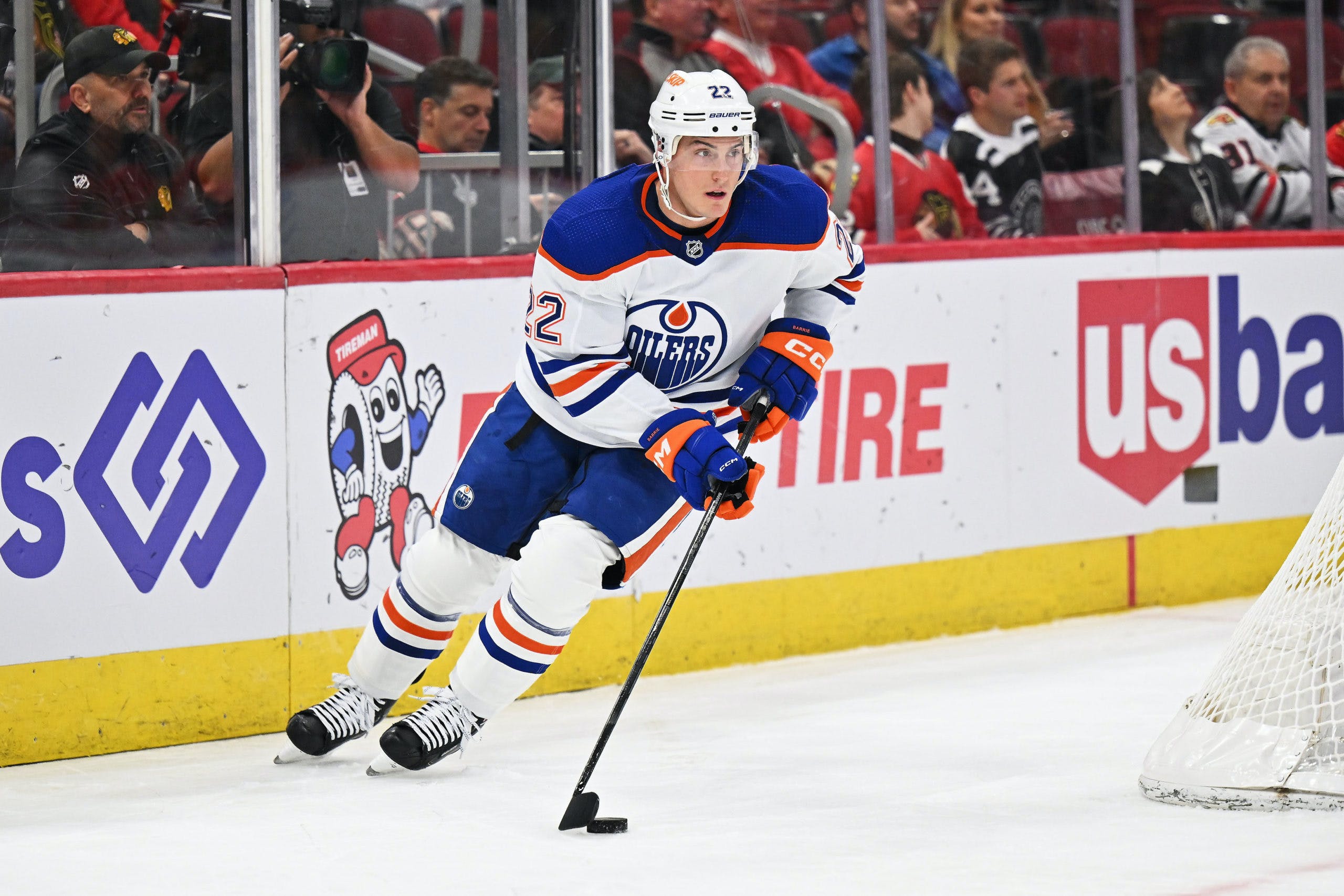 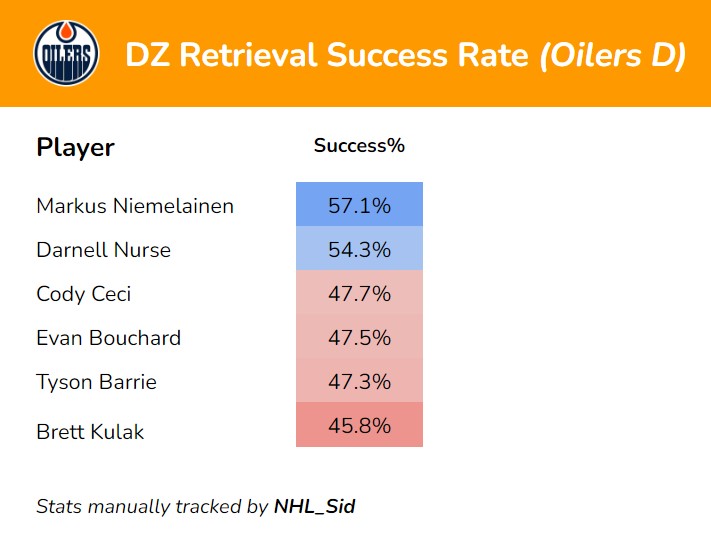 I only track these stats for the Oilers, and I track them much differently from other microstat trackers, so I don’t have an exact handle on what the league average is. If I had to guess, I’d say ~50-52% is a solid benchmark. The only Oilers D that rank above this mark are Nurse and Niemeläinen.
Now, some may look at Niemeläinen results and suggest that he should play more, but I don’t know if I’d agree with that. While yes, Niemeläinen has been quite good with retrievals, he’s been fairly sheltered, and he’s Edmonton’s worst defenceman at zone exits. He holds the highest failed exits per hour among all defencemen, and of his successful exits, a mere 38% of them are with possession. Although the entire defensive core has had issues with exits, at the least, every other defenceman ranks above the 50% mark in possession exit rate. Niemeläinen may be efficient at retrieving pucks against opposing third and fourth lines, but the puck doesn’t often leave the zone with possession after he retrieves it.
Nurse is having an up-and-down season defensively. He ranks last among all defencemen in controlled entry against% and zone denial%; in other terms, he’s been Edmonton’s worst defenceman at defending the rush and denying entries. Not to mention, Nurse only ranks 5th among the defensive core in defensive-zone breakups per shot attempt allowed. He still has several flaws defensively, but puck retrievals under pressure is an area of strength for him this season. Nurse is good at using his size, skating, and strength to push off opposing forecheckers and retrieve dump-ins on a consistent basis.
As for the rest of the D, they all rank below 48% in retrieval success rate. This is a roster issue that should be addressed, as the Oilers could significantly benefit from a player that can effectively and efficiently retrieve pucks under pressure, and turn them into successful zone exits. A guy like Jakob Chychrun would largely benefit the team with retrievals.
The Oilers will play the Colorado Avalanche tonight for the first time since last season’s Western Conference Finals. This could be a major test if they’re on their game, as Colorado’s tenacious forecheck was a major reason in their four-game sweep against Edmonton last season.
Their next five games will be against Pacific Division teams, with four of those games on the road. This is a crucial opportunity for them to gain some points and get ahead in the playoff race. To increase their chances of success, the team needs to address and improve their defensive-zone breakouts.
Find me on Twitter (@NHL_Sid)
Editorials
Featured
Oilers Talk
Recent articles from NHL_Sid