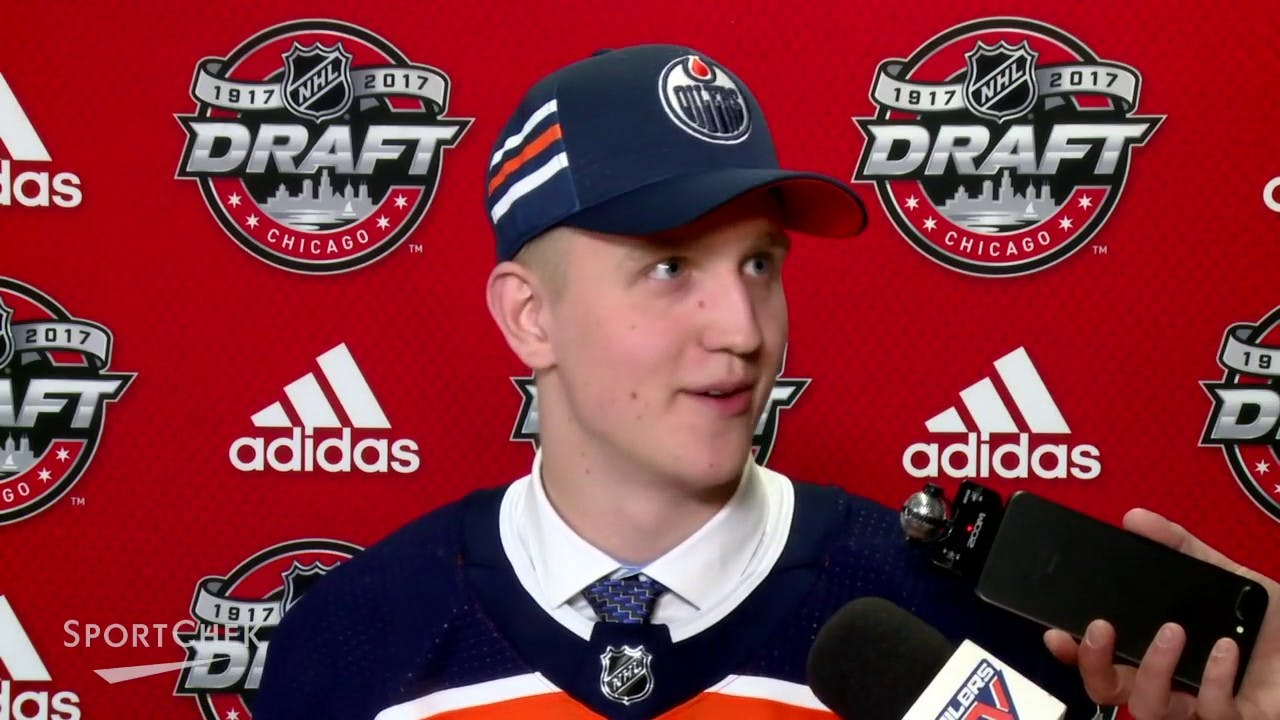 By Cam Lewis
1 year ago
The good news is that the Baby Oilers took down the Baby Flames in the rookie camp version of the Battle of Alberta on Saturday night by a score of 4-3.
The bad news is that defence prospect Dmitri Samorukov left the game early after a couple of big collisions. There’s an added worry when it comes to Samorukov because he missed a decent chunk of his 2020-21 KHL season due to a shoulder injury.
Also, late in the game, 2021 first-round pick Xavier Bourgault took a nasty hit from behind into the boards. We don’t yet know the status of either player.

“I thought it was a competitive game,” Woodcroft said. “There was lots of good in that game; the effort, the enthusiasm and try were there. We made some mistakes, but the team, a group that’s only been together for three days, found a way to come back and make it a game. Then, they found a way to win it in the third period.
“If I look at the game as a whole, I don’t think we started the game very well. I thought we were slow out of the gate, and give credit to Calgary’s rookies. I thought they were very good in the first period. We found a way to tighten up our shift lengths and start to shoot the puck in the second and third periods. We were rewarded. I thought our power play was good tonight, the penalty kill did some good things, and at the end of the day, we’ve got some mistakes to clean up. But moving forward, there are some things to build on.”

The Oilers and Flames will meet again on Monday night at the Scotiabank Arena in Calgary. Puck drop will be right after 6:00 PM mountain time. Main camp will begin on Wednesday and a handful of the rookies from this squad will look to try to crack the Oilers’ roster.
News
Post Game
Recent articles from Cam Lewis