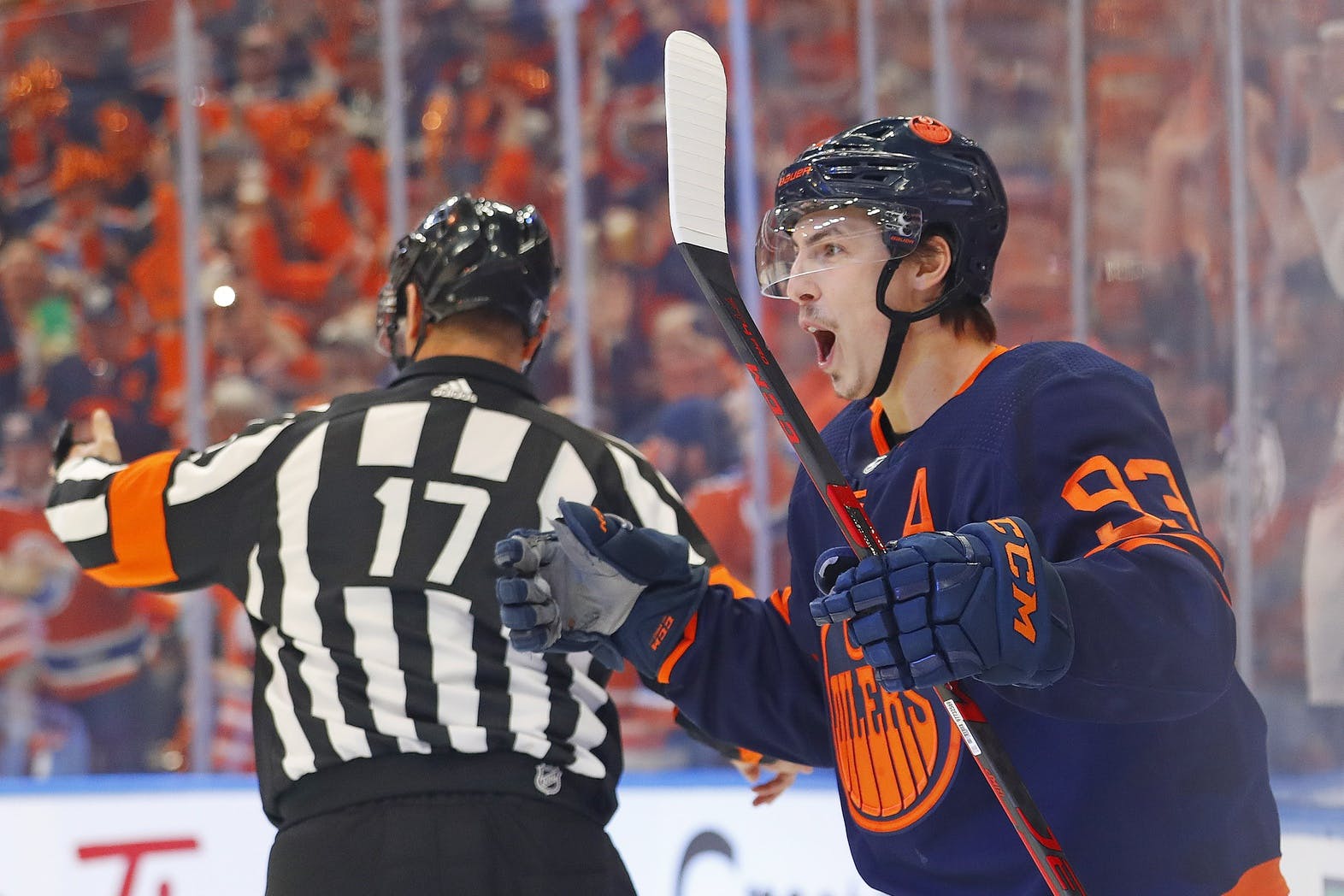 By Robin Brownlee
6 months ago
As the longest serving member of the Edmonton Oilers, Ryan Nugent-Hopkins has seen bigger names than him come and go over the years. It’s been more of the same in his 11th season in Edmonton with @Connor McDavid and @Leon Draisaitl now sharing the spotlight with newcomers Evander Kane and Zach Hyman.
A little bit lost in the shuffle and overlooked at times with the way the pecking order has changed this season, Nugent-Hopkins picked a fine time to remind everybody he’s still here with a pair of goals in a 5-3 win over the Calgary Flames last night that sends the Oilers back to Cowtown for Game 5 with a 3-1 series lead.
On a night when McDavid didn’t beat the Flames by himself for once, when Draisaitl didn’t put a puck in the back of the net — but set an NHL record with his fourth consecutive three-point game with three assists — it was Nugent-Hopkins and the ridiculously hot Kane who made the difference with two goals each.
RNH opened the scoring with his third of the post-season and notched the winner with his fourth to send the Oilers south with a chance to reach the conference final for the first time since they went to the 2006 Stanley Cup. RNH is further down the marquee, but he’s also on the verge of going deeper into the playoffs than he’s been during his time here. 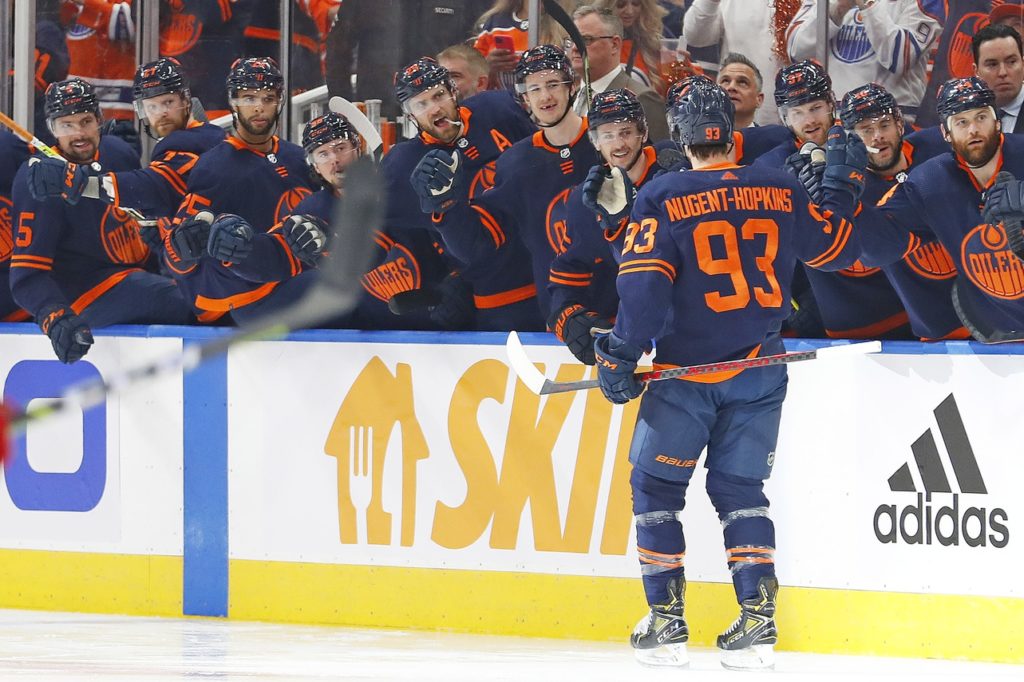 May 24, 2022; Edmonton, Alberta, CAN;The Edmonton Oilers celebrate a goal by forward Ryan Nugent-Hopkins (93) against the Calgary Flames during the first period in game four of the second round of the 2022 Stanley Cup Playoffs at Rogers Place. Mandatory Credit: Perry Nelson-USA TODAY Sports
Fourth in team scoring with 11-30-41, Nugent-Hopkins is quietly putting together a really solid post-season. With 4-6-10 after last night, he’s behind only McDavid, Draisaitl and Kane in terms of scoring. In a game that could have gone sideways as the Flames overcame a 3-0 deficit to pull even at 3-3, Nugent-Hopkins turned out to be the go-to guy for coach Jay Woodcroft, leading all Oilers in ice time at 22:44.
“He kind of falls under the radar in terms of really good hockey players on our team,” Woodcroft said. “You have people that are doing what they’re doing and the numbers they’re putting up, but Ryan Nugent-Hopkins was a first overall draft pick in the NHL for a reason. He’s a heckuva hockey player.
“He does a lot of really subtle things very well. He makes us a deeper team when he’s in our lineup. He allows me to move some of the chess pieces around. To see him get rewarded with two tonight, I was happy for him personally.”
When the Flames tied it 3-3 on a 132-foot dump-in by Rasmus Andersson that eluded Mike Smith and found the back of the net, the game and the series could have turned. Then came RNH, who has just 32 playoff games to show for this tenure here.
“Obviously, we talked to each other on the bench,” Nugent-Hopkins said about maintaining composure after Andersson tied it. “The main thing was we had to keep pushing and 3-2, 3-3, the goal is to keep going. Stuff like that happens. I mean, it’s hockey. Bounces happen. Like I said before, the way we stuck together. There was no quit in our game.”

A win Thursday in Calgary and the Oilers are into the third round for the first time in the 719 games RNH has worn Edmonton silks since being selected first overall in 2011 – @Taylor Hall and @Jordan Eberle were here then. So was @Sam Gagner, Ales Hemsky, Ryan Smyth and Shawn Horcoff. McDavid was playing Midget AAA with the Toronto Marlboros that year.
“I think Ryan is someone who’s the longest-serving Oiler right now,” Woodcroft said. “He’s probably going to go down by the end of his career as one of the players who’s played the most games in an Oilers uniform, so to see him come up big in a big moment when the team needed him, it’s inspiring.”