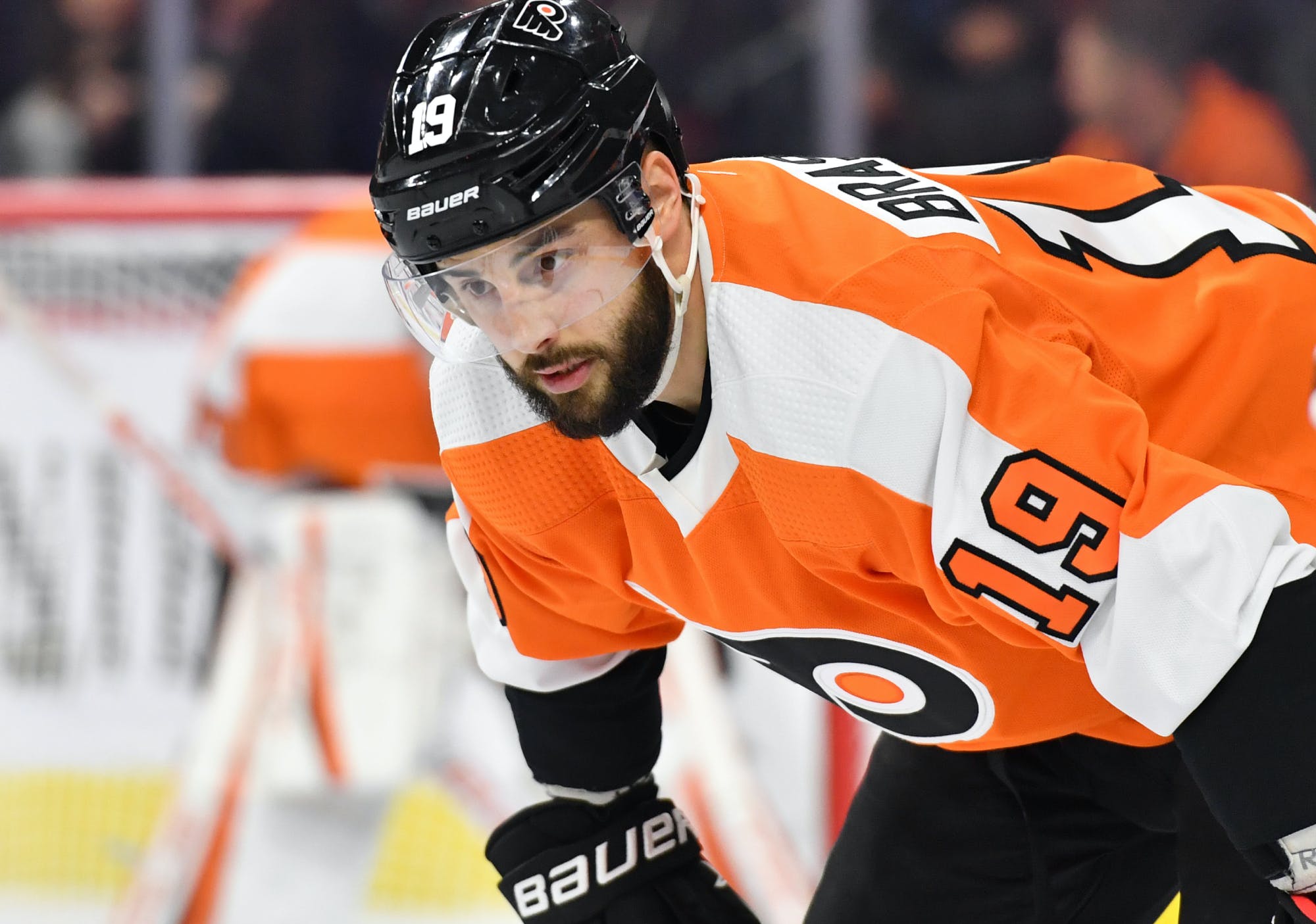 By Zach Laing
8 months ago
The Edmonton Oilers have acquired forward Derick Brassard from the Philadelphia Flyers.
The deal was first reported by Sportsnet’s Mark Spector. Daily Faceoff’s Frank Seravalli reported the return is a fourth-round pick.
By joining the Oilers, Brassard, 34, is now on his 10th team. He signed with the Flyers this year inking a one-year deal with a cap hit of $825,000.
Brassard’s been having a strong season with the Flyers. He’s appeared in 31 games scoring six goals and 16 points while playing 14:22 per night.
With him on the ice at 5×5, the Flyers controlled 45.55 percent of the shot attempts, 66.67 percent of the goals scored and 45.95 percent of the expected goal share. Brassard’s PDO is significantly inflated at 106.9, suggesting his results are well above where they should be.
Brassard is, however, an exceptional defensive player. According to hockeyviz.com, while he contributes offence at an 11 percent below league average, he provides defence at a whopping eight percent below league average. That’s significant value in his own zone.
He’s strong in the faceoff circle too. This year he’s won 51.3 percent of his draws and carries a career average of 48.7.
This move isn’t a major needle mover, but there’s things to like as a depth move here. Brassard will come in and sure up the fourth-line center spot and with his strong defensive contributions, this is exactly what the Oilers were looking for. The money is cheap and there’s very little risk attached to this deal.
Nation Takes
News
Oilers Talk
Recent articles from Zach Laing