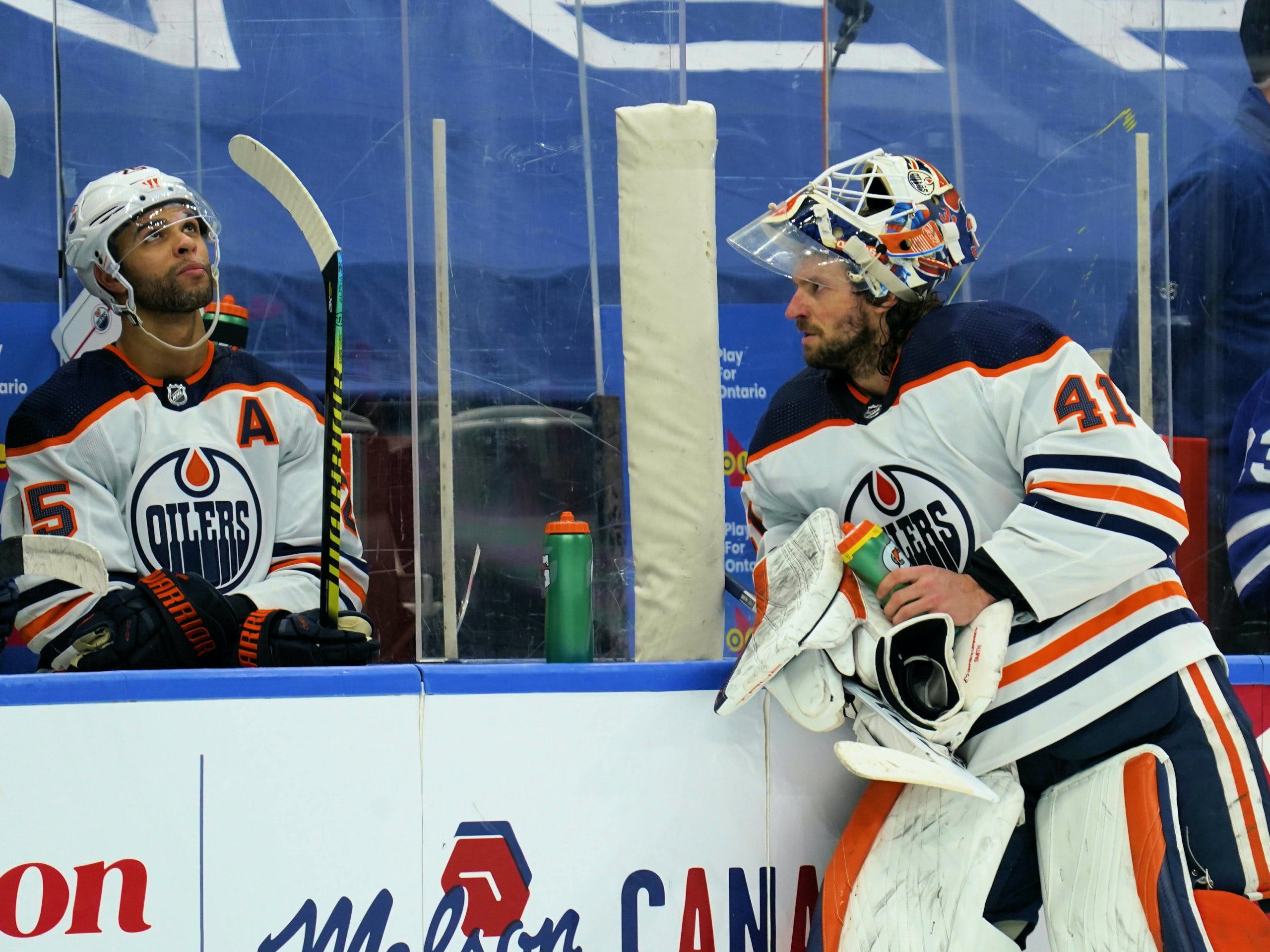 By Zach Laing
11 months ago
The Edmonton Oilers have made a number of roster moves Monday morning highlighted by the activation of Mike Smith from the injured reserve.
Smith, 39, has appeared in just six games with the Oilers posting a 2-2-1 record, a .898 save percentage while allowing 3.76 goals against average.
Early in the year, he suffered a lower-body injury that kept him out of the lineup for two months. He came back and played three games, before suffering a partially torn tendon in his thumb in a Jan. 5 game.
It was initially reported he would only miss “a week or two,” but he has since missed over a month recovering from the injury.
In other moves made Monday, the club placed Kris Russell on the injured reserve, recalled defenceman William Lagesson from the Bakersfield Condors, and assigned goaltender Olivier Rodrigue to the Condors.
Lagesson has appeared in — games with the Oilers this year and had been assigned to the Condors during the All-Star break. Waived twice this season, Lagesson didn’t play in any games with the Condors over the break.
Edmonton’s post-all-star break schedule picks right up Tuesday night when the Vegas Golden Knights visit town. Chicago visits the Oilers Wednesday, before the New York Islanders visit Edmonton Saturday amid a Western Conference swing.
Zach Laing is the Nation Network’s news director and senior columnist. He can be followed on Twitter at @zjlaing, or reached by email at zach@oilersnation.com.
Nation Takes
News
Oilers Talk
Recent articles from Zach Laing