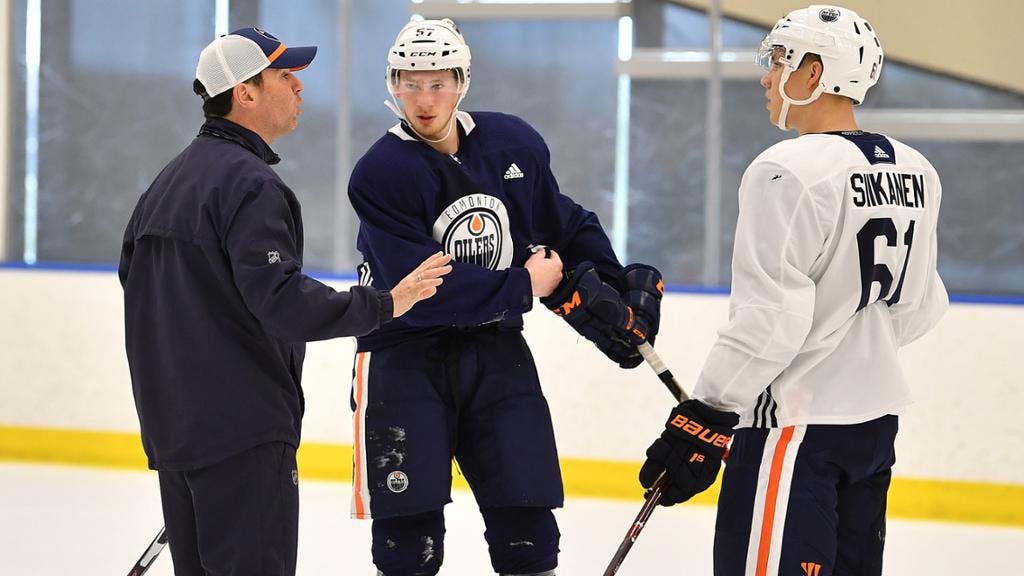 By Zach Laing
5 months ago
The Edmonton Oilers have allowed the signing rights to 2018 7th round draft pick Patrik Siikanen to expire.
The deadline to sign the player came and passed at 3 p.m. MST today. Siikanen, now 22, was a late-round flyer for the team after a strong season in the Finnish junior league.
He had competed in the U20 SM-Liiga, where in 24 games he had scored 10 goals and 17 points. He played there the following year again, and in 41 games he scored 17 goals and 39 points.
Since then, he’s bounced between the U20 League, the Finnish Mestis league, as well as in the Liiga. There he’s appeared in 94 games over the last four years scoring nine goals and 21 points.
Here’s what FinnProspect.com wrote about Siikanen in his draft year:

I think the biggest concern with Siikanen is his skating. He is not slow when he gets his feet going but his overall mobility, agility and first steps are not on the required level. On the offensive side, he has fairly good skills. He can protect the puck and he knows where to go, but he lacks sharpness. Also, his passing game left a lot to be desired. Often his passes didn’t connect or went directly to the opponent’s skates and those situations caused some unnecessary giveaways.
But as the goals highlighted, he is really good in front of the net. Siikanen is big and strong player for this level. And even though I would like to see more physicality from him, he already utilizes his size well.

Siikanen attended the Oilers 2019 development camp.
Zach Laing is the Nation Network’s news director and senior columnist. He can be followed on Twitter at @zjlaing, or reached by email at zach@oilersnation.com.
Uncategorized
Recent articles from Zach Laing