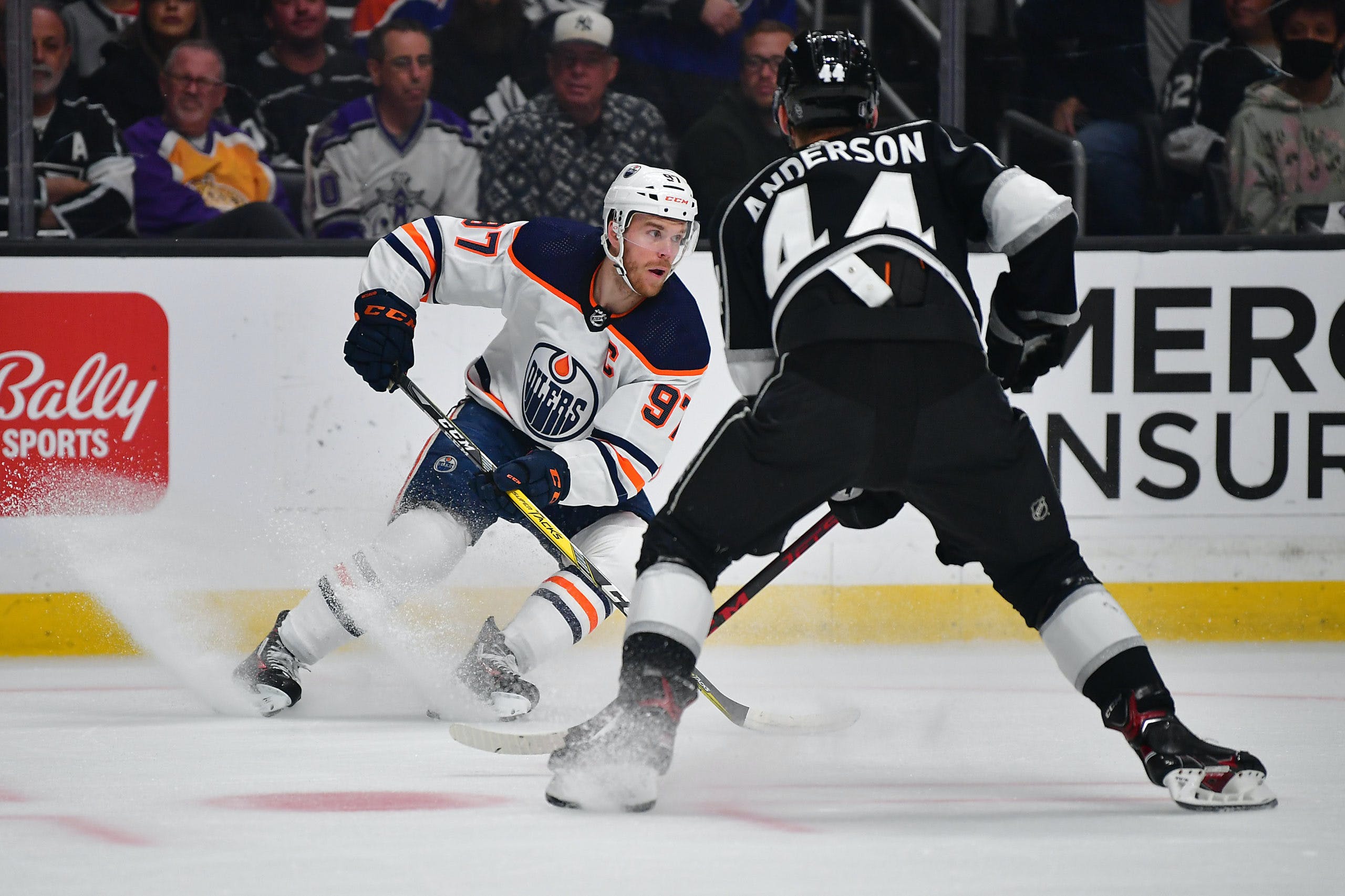 By Robin Brownlee
6 months ago
Todd McLellan made his feelings known in no uncertain terms during a post-game availability lasting about 30 seconds after watching the Edmonton Oilers put the boots to his Los Angeles Kings 8-2 Friday. His team responded with a 4-0 win over the Oilers at home last night.
So, while Oilers’ coach Jay Woodcroft wasn’t nearly as hot under the collar as McLellan was — isn’t his style — and wasn’t nearly as terse, taking questions from reporters for more than four minutes, he wants the same kind of turnaround against his mentor and the Kings when the series resumes at Rogers Place tied 2-2.
With the Kings having won the first game of the series 4-3, then getting pumped 6-0 and 8-2 by the Oilers before Jonathan Quick collared them with 31 saves, what we’ve got is a best-of-three showdown. That, with both teams showing they’re capable of significant swings in performance.
While McLellan and Woodcroft spent a lot of time in San Jose and Edmonton coaching together, what they need now – and I mean right now – in this series is results. We just saw how the Kings responded. We’ll see if Woodcroft’s softer sell, an approach he’s been consistent with the entire time since he took over from Dave Tippett, works Tuesday.

“I don’t think we started anywhere near where we needed to start,” Woodcroft said of falling behind 2-0 in the first 14 minutes. “We knew they were going to come with a push and we didn’t weather it very well, or certainly not the way we wanted to. We fell behind in the game and we certainly had our chances to score, but sometimes you get what you earn, and tonight wasn’t where it needed to be.
“I just didn’t think we skated at the level we needed to skate at. I think our battles and stick fights weren’t where they needed to be. We’re better, we’re capable of more, and we’re going to digest this game and give our players something as a focal point heading into Game 5.”
Mike Smith faced 20 shots in the first period and 46 overall. For my money, the Oilers are giving up too many shots, even if not all of them are quality Grade A chances. Through four games, Smith has faced 156 shots – an average of 39 per game. That’s a little bit loose. That said, we’re talking tweaks, not significant adjustments.
“They just pushed hard off the bat,” Darnell Nurse said of how the Kings responded after absorbing back-to-back blowouts. “They’re a good team, they weren’t just going to roll over and let us come steal another game in their building. We have to move on and be ready for a big one in our building.”
Nation Takes
News
Oilers Talk
Recent articles from Robin Brownlee