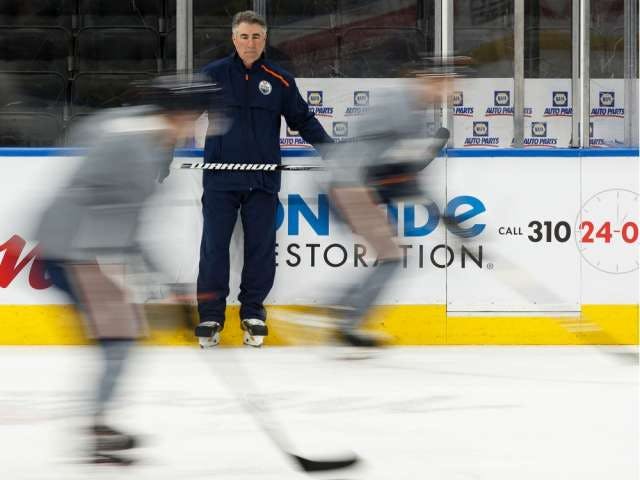 By Zach Laing
1 year ago
Get ready, Oilers fans — hockey season is right around the corner.
The club announced Thursday that its main training camp will kick off on Sept. 22, with the rookie camp kicking off on the 15th of September.
The Oilers have 28 players coming to rookie camp which will open on Sept. 15 with medicals and fitness testing before on-ice work begins.
Of those 28 players, 18 of whom were Oilers draft picks. The club announced five players will attend camp on invites: defenceman Simon Kubicek and Yanni Kaldis and forwards Dino Kambietz, Bady Burns, and Josh Prokop.
Other notable names like Dylan Holloway, Phillip Broberg, Raphael Lavoie, Ilya Konovalov, and most recent first-round pick Xavier Bourgault, amongst others, will be in attendance.
A select number of players at the rookie camp will be invited to attend the main camp.
Here’s the full list of players:
Goaltenders – 3
Defencemen – 9
Forwards – 16
Zach Laing is the Nation Network’s news director and senior columnist. He can be followed on Twitter at @zjlaing, or reached by email at zach@oilersnation.com.
Nation Takes
News
Oilers Talk
Recent articles from Zach Laing