Edmonton Oilers, Calgary Flames to meet in second round of playoffs 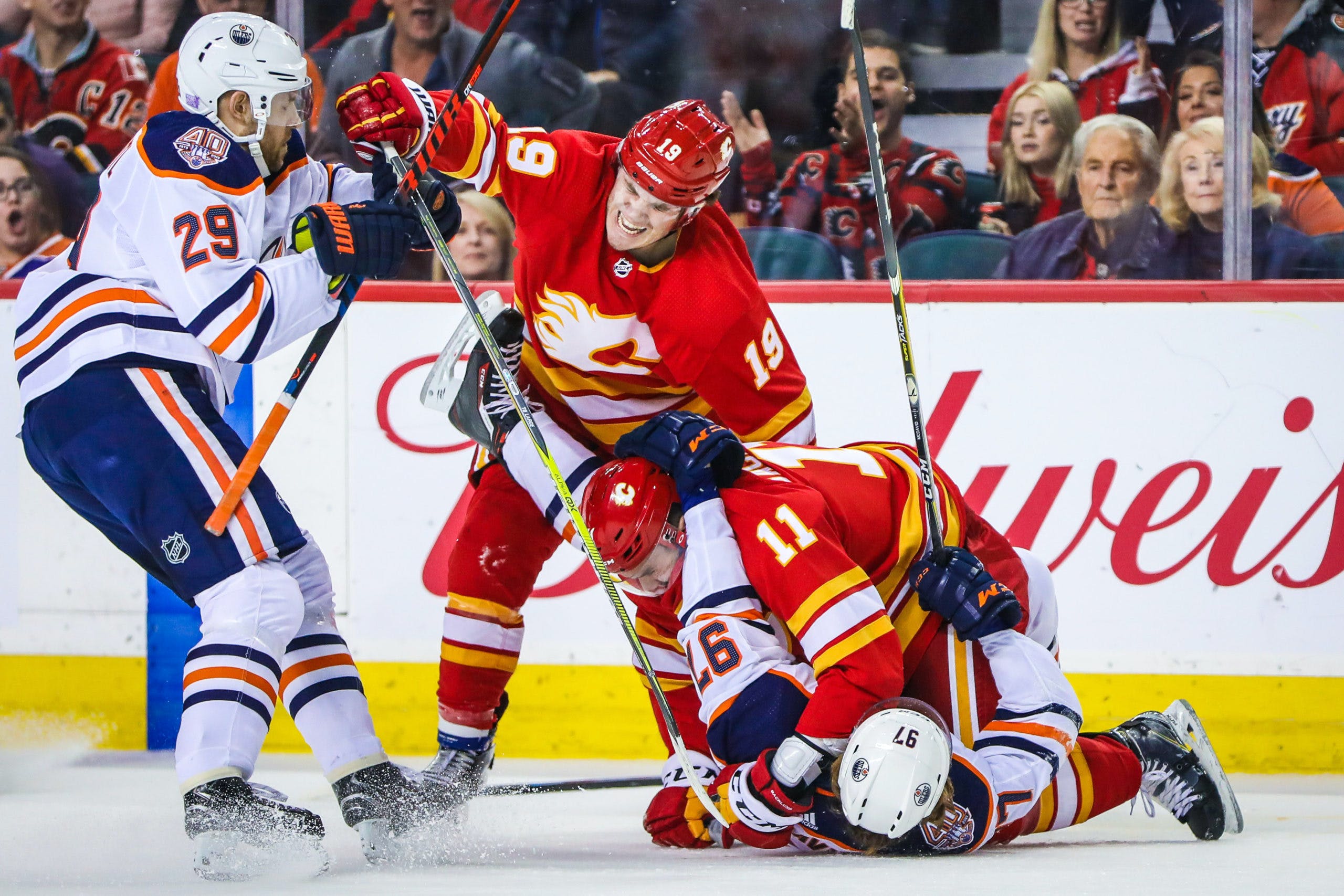 By Zach Laing
6 months ago
For the first time since 1991, the Edmonton Oilers and Calgary Flames are set to meet in the Stanley Cup playoffs.
Edmonton secured their entrance into the second round with a 2-0 win over the LA Kings on Saturday night, while the Flames punched their ticket with a wild overtime game Sunday evening.
Game one of the series will kick off in Calgary on Wednesday night with a 7:30 p.m. MST puck drop. Game two goes at 8:30 p.m. in Calgary on Friday night, before the series returns to Edmonton.
The Oilers will host game three on Sunday, May 22 with a 6 p.m. MST start, and game four will go at 7:30 p.m. on Tuesday, May 24.
The teams have met five times previously in the Stanley Cup playoffs.
1983 — Second round, Edmonton won 4-1
1984 — Second round, Edmonton won 4-3
1986 — Second round, Calgary won 4-3
1988 — First round, Edmonton won 4-0
1991 — Division semi-final, Edmonton won 4-3
This year, the two clubs met four times splitting the season series. Both teams won their games on home ice.
They first met on October 16th in Edmonton won 5-2, while game two came down on January 22nd winning 5-3. Down in Calgary, the two teams met on March 7th and March 26th, where the Flames won 3-1 and 9-5, respectively.
The series will surely be filled with emotions between two teams whose rivalry has kicked back up in recent years.
Buckle up, folks. This is about to get fun.
Zach Laing is the Nation Network’s news director and senior columnist. He can be followed on Twitter at @zjlaing, or reached by email at zach@oilersnation.com.
Nation Takes
News
Oilers Talk
Recent articles from Zach Laing