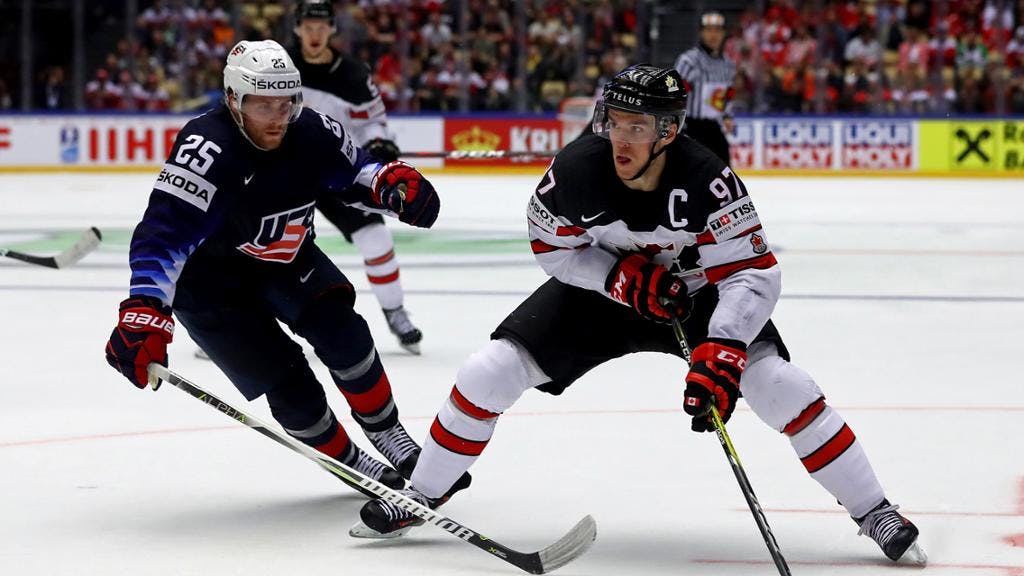 By Zach Laing
1 year ago
Edmonton Oilers captain Connor McDavid has been named to the men’s Canadian Olympic roster.
McDavid was one of three players named to the roster this weekend. Shocking? Not at all. He, Sidney Crosby, and Alex Pietrangelo were locks in the first place so this is more of just a formality.
“It goes without saying that Sid is Sid, Connor is Connor, and Alex has got a wealth of experience from the [2014 Sochi Olympics] team to the [World Cup of Hockey 2016] team to the captain of a Stanley Cup champion (St. Louis Blues in 2019),” Team Canada GM Doug Armstrong told nhl.com. “Those guys are at the top of their game in the League too, and they’re proven winners.
“He’ll lead our team. He’ll be a great help to the coaching staff by delivering their message to the rest of the players. To me, he’s just Sidney Crosby. He’s the best player on the planet for more than a decade. I don’t think the rest of the players will be in awe of him because you don’t get to be an Olympian by being in awe of other players. But they’ll respect him, just like his teammates did when he wore the captain’s ‘C’ at the 2014 Olympics, the 2016 World Cup, and the same way he respected Scott Niedermayer, our captain, at the 2010 Olympics.”
This will mark the first Olympics for McDavid, who is surely going to blow the doors off the international game. It’s going to be incredible to watch him line up alongside other world class talents in Crosby, Nathan MacKinnon, Brayden Point, Brad Marchand and others.
It won’t be the first time that McDavid represents Canada on the national stage.
In 2012-13 he played for the U18 team where he scored eight goals and 14 points in seven games. In 2013-14, he played for the U20 World Junior team where he scored four points in seven games as a 16-year-old. He returned the following year blowing the doors off with 11 points in seven games.
McDavid has represented Canada twice at the World Championships both in 2015-16 and 2017-18 where in 20 games he’s scored 26 points.
Zach Laing is the Nation Network’s news director and senior columnist. He can be followed on Twitter at @zjlaing, or reached by email at zach@oilersnation.com.
Nation Takes
News
Oilers Talk
Recent articles from Zach Laing