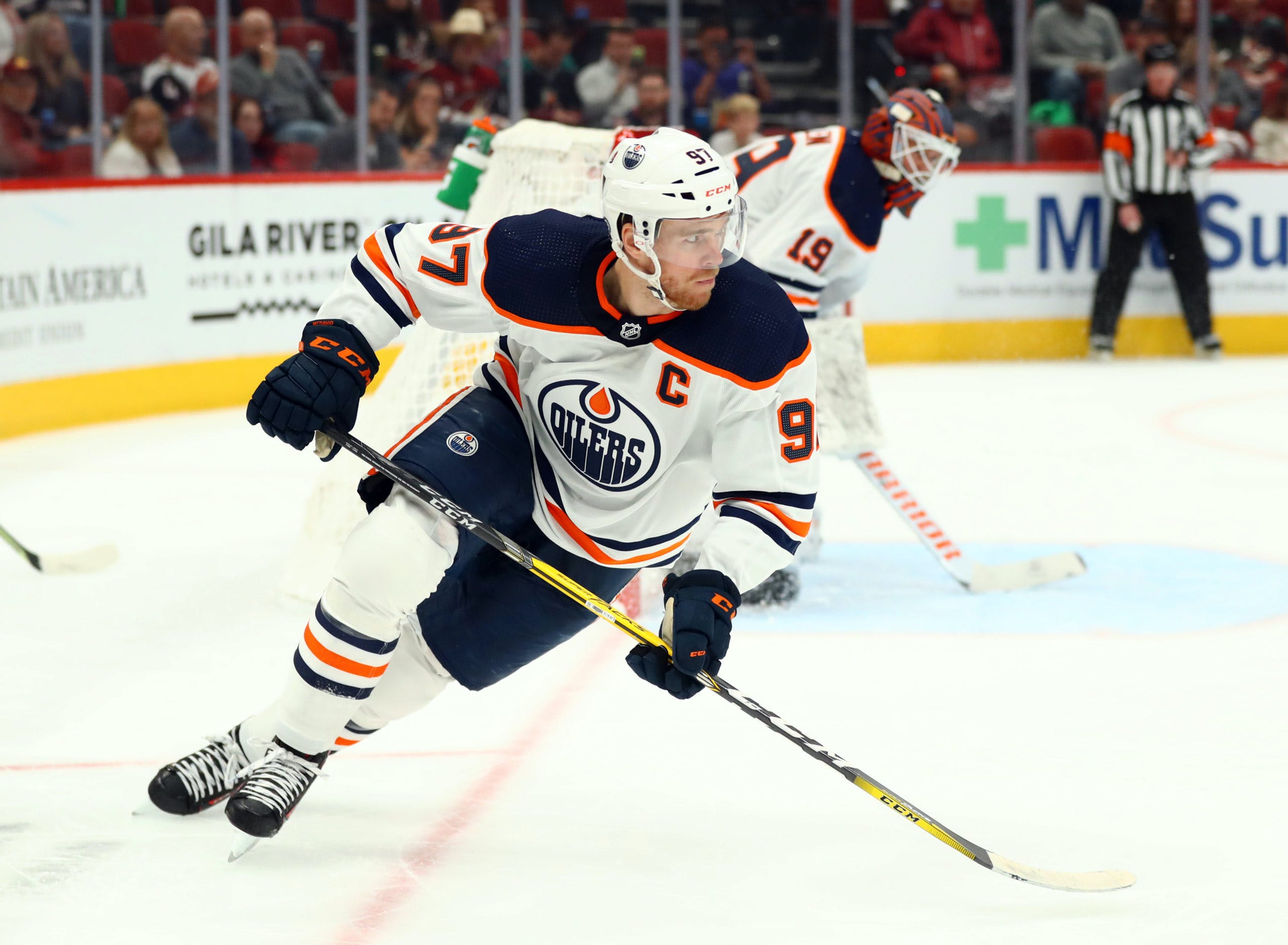 By Zach Laing
1 year ago
The milestones just keep coming for Connor McDavid.
A few weeks after scoring career goal 200, McDavid has notched his 600th point. It came in the dying seconds of Sunday night’s game against the St. Louis Blues, when he banged in a puck in front of the Blues net.
For McDavid, he becomes the sixth-fastest player to hit the 600 point mark doing it in his 421st career game. The five players to do it faster? Jari Kuri (419), Mike Bossy (400), Peter Stastny (394), Mario Lemieux (323) and Wayne Gretzky (274).
You can see McDavid’s goal below.