Edmonton Oilers defenceman Darnell Nurse to have hearing for headbutting 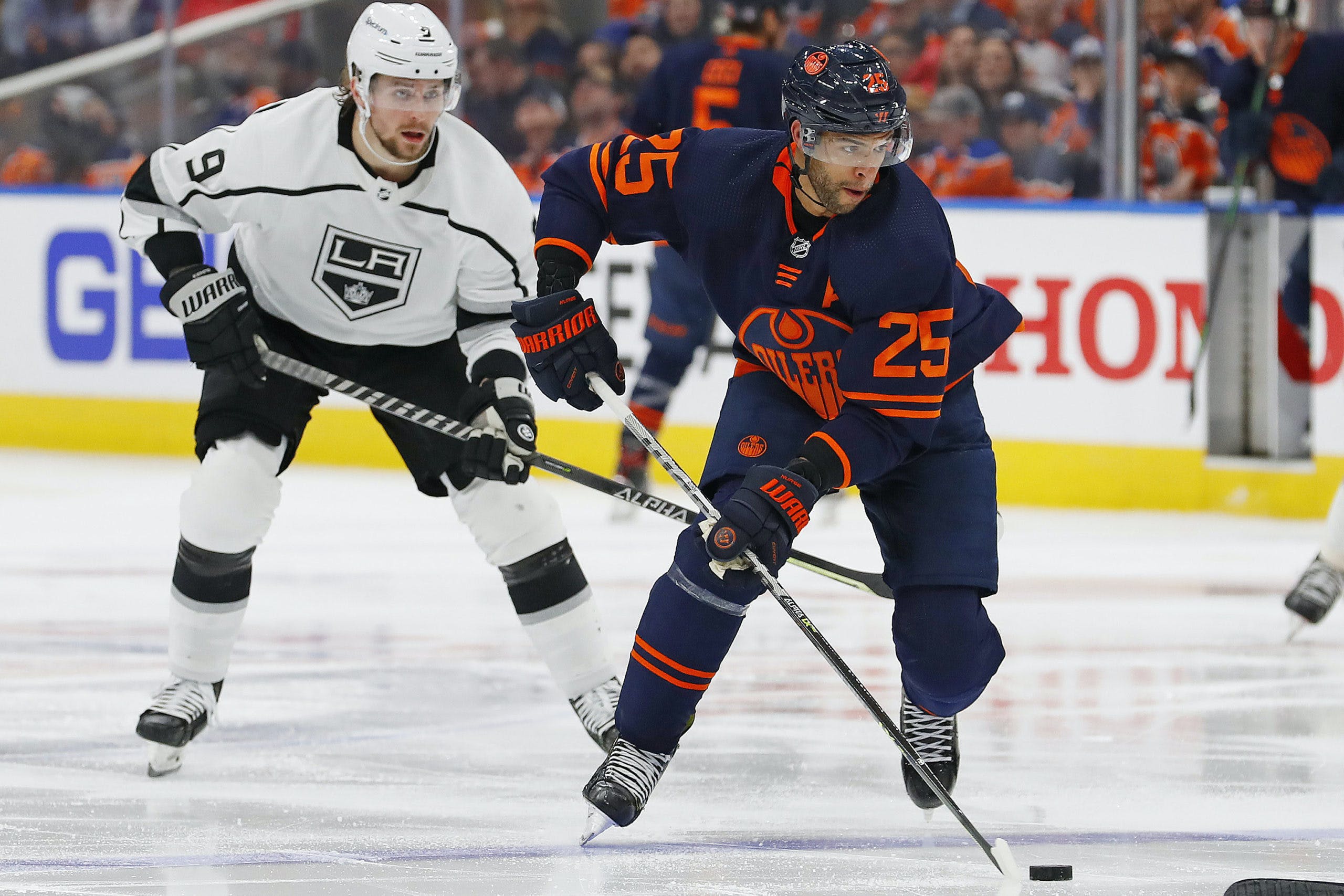 By Zach Laing
6 months ago
The Edmonton Oilers could be without their top defenceman in a crucial game six Thursday.
The NHL department of player safety has called for a hearing with Darnell Nurse after he headbutted LA Kings forward Philip Danault.
The incident happened in the final seconds of the second period in the Oilers’ game five loss. Mike Smith swallowed up a shot while the Oilers were on the penalty kill and as he did, Nurse turned unprovoked driving his helmet into the head of Danault.
Things had been getting heated between the two clubs at the time. A scrum had ensued a minute prior after Evander Kane ran hard into a Kings player, only for him to get into a scrum that also saw Zack Kassian deliver a cross-check to Sean Durzi.
Nurse’s headbutt came on the subsequent penalty kill and it’s hard to find an argument in Nurse’s favour.
To say missing him from the lineup would hurt the team in game six would be an understatement. Through five games at 5×5 while adjusting for score and venue, Nurse leads all Oilers defencemen in minutes, is second in shot attempt share (54.85), tied for first in goals for percentage (67.45) and is first in expected goal share (58.28).
Zach Laing is the Nation Network’s news director and senior columnist. He can be followed on Twitter at @zjlaing, or reached by email at zach@oilersnation.com.
Nation Takes
News
Oilers Talk
Recent articles from Zach Laing