By Zach Laing
5 months ago
Ah yes, the NHL Awards. One of the best times of the year.
But this year, it wasn’t so for Edmonton Oilers forward Connor McDavid. Toronto Maple Leafs forward Auston Matthews cleaned up this year winning not only the NHL’s Ted Lindsay award for the most valuable player as voted on by the players, but also the Hart Trophy for league MVP as voted on by the PHWA.
Call it what you will, but Matthews’ 60-goal season was just too much for anyone to overcome. He took home 119 of the first-place votes for the trophy to McDavid’s 29 — the second most of any player.
Here’s how the rest of the awards shook out. 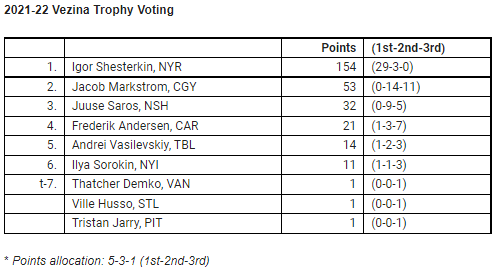 I mean, are we surprised? Shesterkin broke onto the scene this year with a league-leading 2.07 goals-against average and a .935 save percentage. He carried the Rangers to the Eastern Conference Finals, so to see him get 29 of a possible 32 votes from NHL GM’s was no surprise. 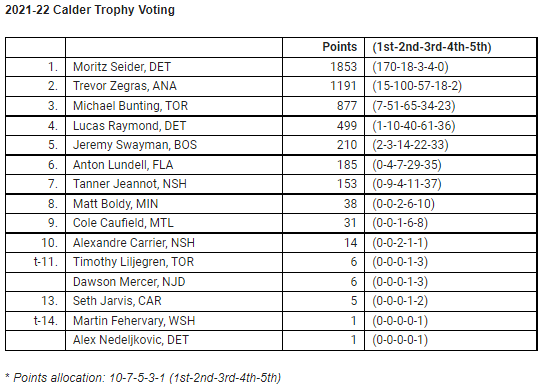 File this one under “are we surprised?” too. When the Detroit Red Wings sixth overall in 2019, I was quite shocked. He was ranked much later in the round, and it felt like a massive reach given some of the other names that were still available.
Well, don’t I feel stupid now. What a great rookie season he had scoring 50 points in 82 games.

This was the first award given out that Connor McDavid was eligible for. Matthews had a career year scoring 60 goals and 106 points — both far and away career highs. McDavid, meanwhile, did much of the same. 44 goals, 79 assists and 123 points were all career highs for him.
Nonetheless, the players felt that Matthews was the best player in the league this year and I can’t particularly blame them. No matter how you cut it, 60 goals is an impressive mark for any player to hit and hadn’t been done since Steven Stamkos hit the mark in 2011-12. 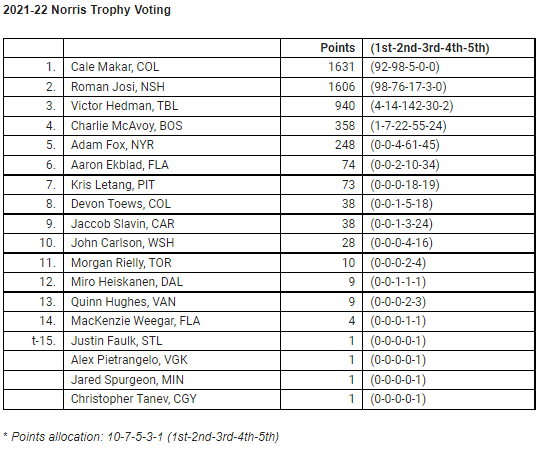 Wow, what a tight race. It was a dead heat between Cale Makar and Roman Josi with the latter getting more first-place votes. Despite that, Makar made up ground with 98 second-place votes. I don’t think the voters could’ve got this one wrong either way, although, I myself would’ve leaned Josi given how dominant he was at 32 playing with less firepower. 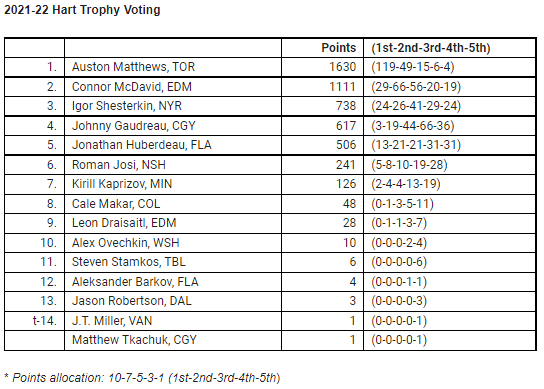 Remember all those things I said above when it comes to the Ted Lindsay? Copy and paste.
Worth noting, however, that Leon Draisaitl found his name on 12 ballots this year.

Connor McDavid found his way onto the second all-star team, with Draisaitl missing out.
Zach Laing is the Nation Network’s news director and senior columnist. He can be followed on Twitter at @zjlaing, or reached by email at zach@oilersnation.com.
Nation Takes
News
Oilers Talk
Recent articles from Zach Laing