Connor McDavid’s clutch gene has developed before our eyes 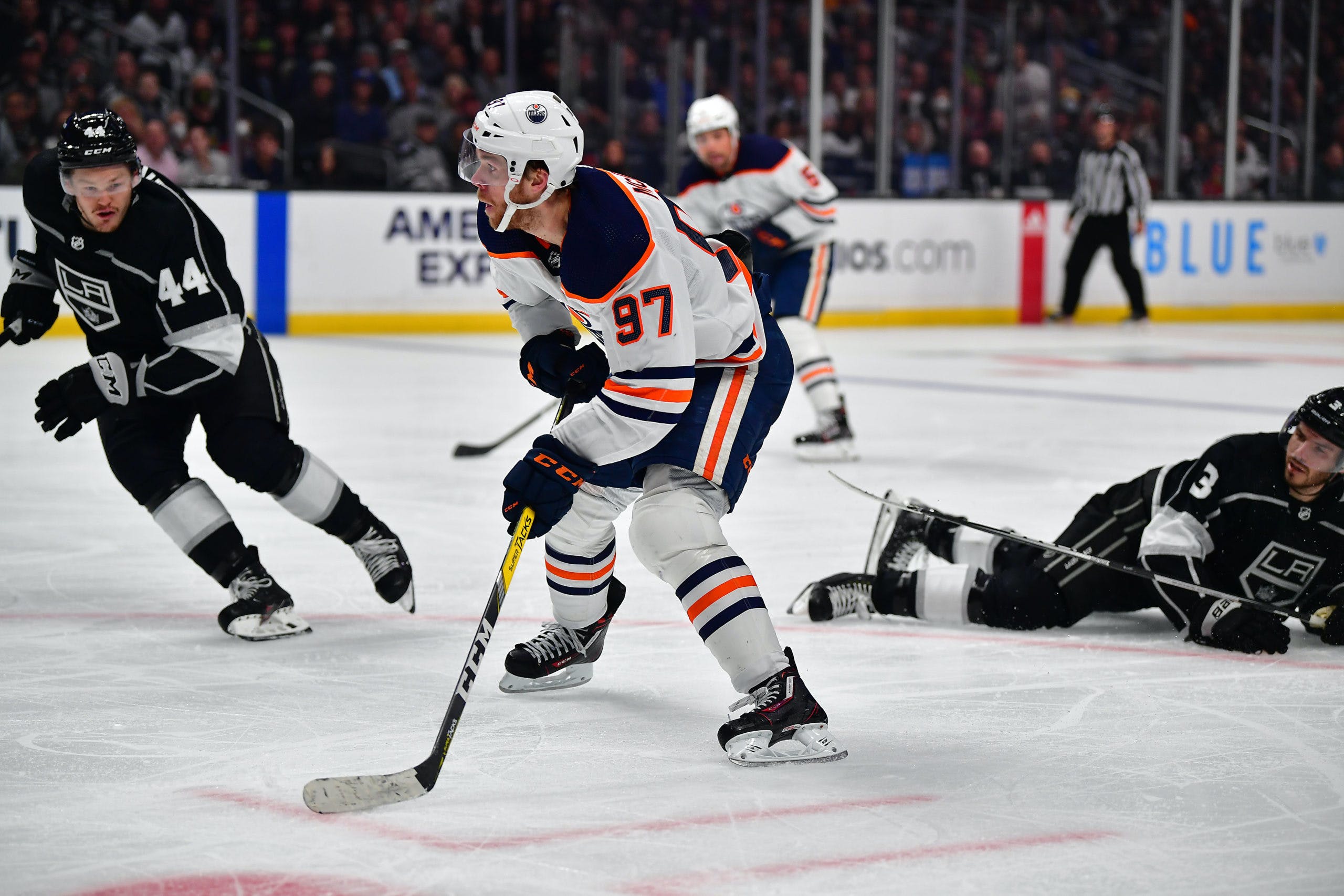 By Zach Laing
6 months ago
When it comes to career-defining moments, these 2022 NHL playoffs are just that for Connor McDavid. Through six games, he’s found the back of the net three times while adding six more assists for a league-high 12 points.
But the fact that he once again finds himself at the top of any given scoring race shouldn’t be big news. He is, after all, the best player in the world and is without a doubt in this writer’s eye the most dynamic offensive talent the league has seen since Mario Lemieux and Jaromir Jagr were at the top of their game in the mid-90s.
“It’s amazing,” said Oilers head coach Jay Woodcroft of McDavid’s performance in game six. “You guys all get to see what he does every night as far as the skill and the goals and everything.
“He sets the tone for us again early. You can see the battle level. He’s in every battle, up on every check. He’s doing everything right and you can tell how
For McDavid, however, he’s developed the clutch gene right before our eyes and damn quickly. In games one through four, he was good. In games one through three, he scored one goal and six points.
The goal was the Oilers’ first in game one, late in the first period, which helped give them some momentum going into the second. He added an assist on a Leon Draisaitl goal partway in the second game giving Edmonton a one-goal lead.
In blowout games two and three where the Oilers outscored the Kings 14-2, he only had four assists — somehow, surprisingly low production for someone who always finds himself in the action. Game four was a lowly one for not only him, but the whole team suffering a 4-0 shutout loss that has us all questioning what happened.
Game five, however, that clutch gene came out for one of the first times I can recall. He found Zack Kassian for the Oilers opening goal tying the Kings at one 2:32 into the second frame. You could sense at that time he was really finding his legs.
Come the third period, however, he took the team on his back and willed them from a 3-1 deficit to tying the game at four. He scored 2:50 into the period and ended up finding Leon Draisaitl on the 4-4 goal. Every time he stepped on the ice, it was like watching him play NHL 22 on rookie mode. He stripped pucks from the Kings like taking candy from a baby while making ankle-breaking move after ankle-breaking on every shift.
Game six was much of the same, but it just happened off the opening faceoff. Right off the hop, he drove play and set the tone for the entire team. 1:40 into the game, he found the back of the net. He was physical, determined and led by example. Much like the game before, McDavid played the best game of his before elevating his play to levels we haven’t seen.
What more can you ask from a captain?
“When he’s skating like that, he’s really tough to handle,” said Oilers forward Evander Kane of McDavid. “I think you saw it in the opening couple of minutes there and a nice burst of speed up the ice and able to tuck it home on the wraparound. He’s been great for us all series, and we’re going to need him in game seven.”
When the dust settled and the Oilers walked out of Crypto.com arena, McDavid ended up with a goal off his wrap-around, and assists on the third and fourth goal that were the difference makers.
What McDavid’s doing is otherworldy right now and you know he’s going to bring more of the same Saturday night in what is, without a doubt, the biggest game of his NHL career.
Zach Laing is the Nation Network’s news director and senior columnist. He can be followed on Twitter at @zjlaing, or reached by email at zach@oilersnation.com.
Nation Takes
News
Oilers Talk
Recent articles from Zach Laing