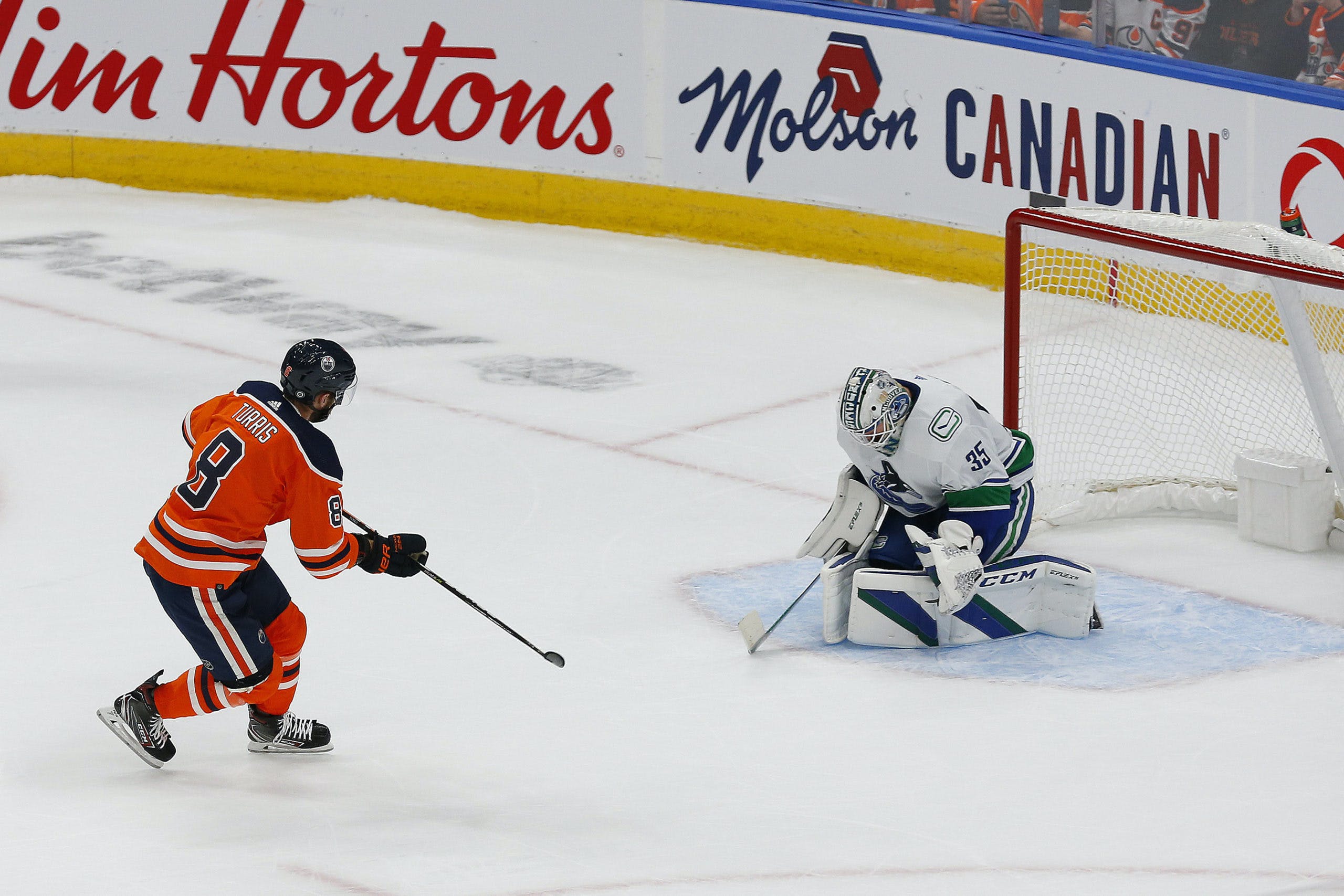 By Zach Laing
3 months ago
Edmonton Oilers forward Kyle Turris has announced his retirement from the NHL and will be joining the BCHL’s Coquitlam Express.
Turris’ roots run deep within the Express organization spending two seasons there between 2005 and 2007. There, he was a dominant player scoring 102 goals and 193 points across 110 games.
He will serve as a special advisor to general manager Tali Campbell, as well as a player development coach.
“The Express organization played a key role in my personal and professional growth,” said Turris in a statement released by the Express. “I am excited about having the opportunity to work with Tali and Patrick as they help each player develop individually while pursuing the Fred Page Cup as a team.”
He was named the BCHL’s rookie of the year in his first season helping the Express win a league title, and the Jr. A championship that year. In year two, he was named the BCHL’s MVP and the CJHL’s player of the year scoring 66 goals and 121 points in 53 games.
Drafted by the Phoenix Coyotes 3rd overall in 2007, Turris, now 33, played 776 NHL games between the Coyotes, Ottawa Senators, Nashville Predators and most recently, the Oilers. His best seasons came with the Senators wherein he scored 117 goals and 274 points in 407 games.
Turris signed a two-year deal with the Oilers ahead of the 2020-21 campaign, but appeared in just 50 games over that time due to injuries.
Zach Laing is the Nation Network’s news director and senior columnist. He can be followed on Twitter at @zjlaing, or reached by email at zach@oilersnation.com.
Nation Takes
News
Oilers Talk
Recent articles from Zach Laing