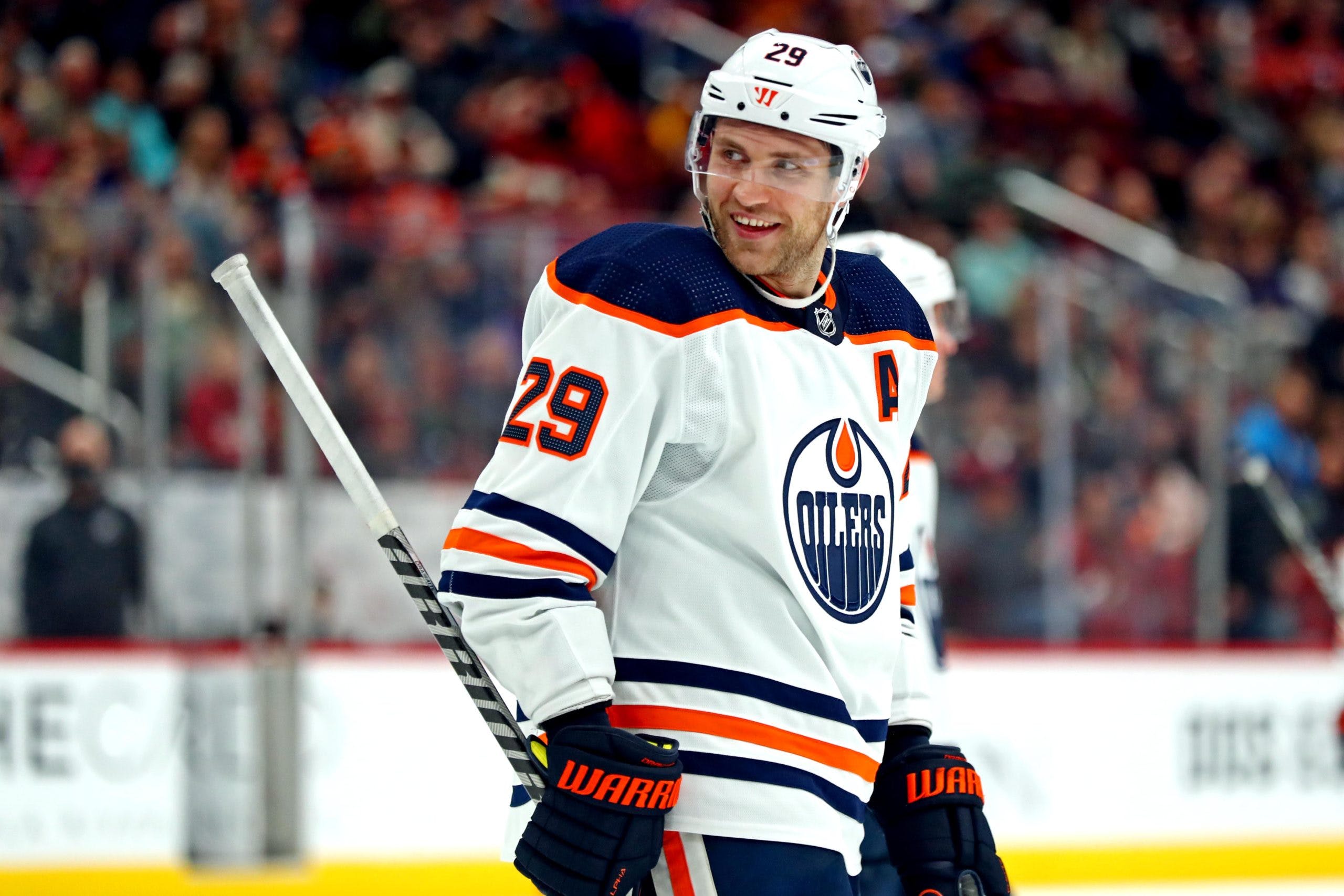 By Zach Laing
1 year ago
Leon Draisaitl is The Big Man.
And for the month of November, he was named the NHL’s first star.
Draisaitl has been red hot to start the season and absolutely dominated the league in November. He led the league in goals (15), points (27), power-play goals (eight), power-play points (11) and game-winning goals (four) in 13 games in November.
He scored in 10 of 13 games and notched nine multi-point efforts in those games.
Draisaitl also hit the 40 point mark in his 19th game making him the seventh different player in league history to record at least 20 goals and 20 assists within his first 20 games of a season and the latest since Mario Lemieux did so in 1995-96.
Zach Laing is the Nation Network’s news director and senior columnist. He can be followed on Twitter at @zjlaing, or reached by email at zach@oilersnation.com.
Nation Takes
News
Oilers Talk
Recent articles from Zach Laing