Warren Foegele is the perfect winger for Connor McDavid 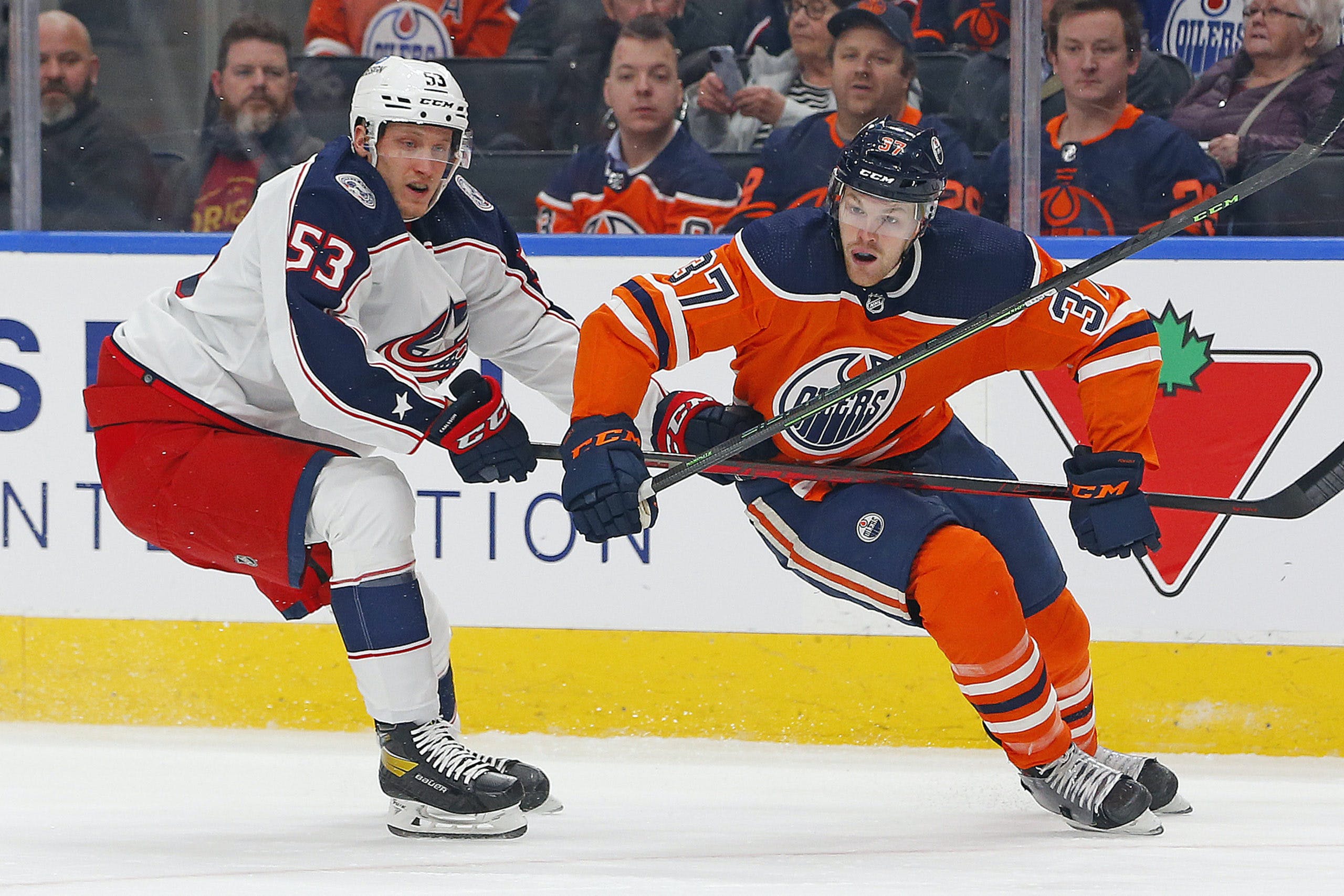 By Zach Laing
1 year ago
Death, taxes, and a revolving door of wingers to play with Connor McDavid.
The Edmonton Oilers have long tinkered with players on the captain’s wing.
At 5×5, he’s had a wide array of players play alongside him with varying success: Pat Maroon, Milan Lucic, Jordan Eberle, Mark Letestu, Benoit Pouliot, Ryan Nugent-Hopkins, Nail Yakupov, Ty Rattie, Taylor Hall, Zach Kassian, Alex Chiasson, James Neal, Kailer Yamamoto, Josh Archibald, Drake Caggiula and Tyler Ennis have all had their shakes alongside him.
While Leon Draisaitl and Jesse Puljujarvi have undoubtedly been the most successful, there’s one player who may just be another perfect fit: Warren Foegele.
The sample size of two games at 5×5 is small, but the results are promising. Here’s some numbers:
While they haven’t scored a goal at 5×5 in their short time together, one thing has been apparent: they’re generating lots of offence.
They’re consistently out attempting the opposition and generating the overwhelming majority of scoring chances, too. Their expected goal share numbers highlight that, too.
Foegele plays the game the right way alongside McDavid. He’s hard on pucks, aggressive in the forecheck and he has the speed to keep up with McDavid.
He isn’t a stranger to playing with highly skilled players, either. While with the Hurricanes, he spent good chunks of time alongside stars Sebastian Aho and Andrei Svechnikov. They posted similar results to what Foegele is doing with McDavid, albeit with significantly smaller sample size. 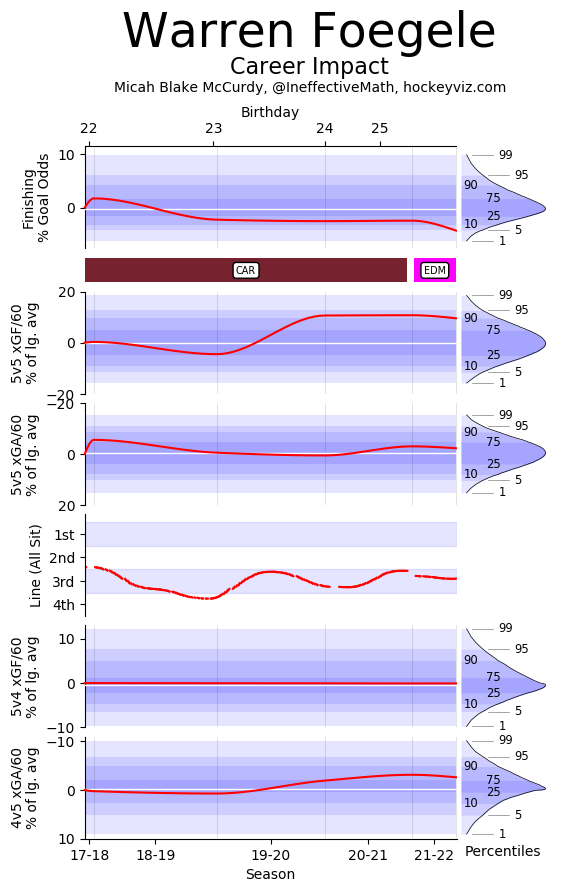 The most impressive part about Foegele’s game? There’s been little drop off in his isolated impacts from his time in Carolina.
At even-strength, Foegele is providing offence at a 10 percent rate above league average, and defence at a three percent rate above league average. These are strong numbers for any player, let alone one who has been in an Oilers bottom-six that has been caved in this season. Arguably the most impressive part is that his numbers have remained stable from his time in Carolina.
Even when Hyman returns to the Oilers lineup, Edmonton could run a top six like this:
Foegele – McDavid – Puljujarvi
Hyman – Draisaitl – Yamamoto
It would allow the team to bump Ryan Nugent-Hopkins down the lineup into the 3C spot, where he would be able to provide solid value to the clubs bottom-six. The rotating door of bottom-sixers would be stabilized with him there, and Derek Ryan in the 4C spot, should he be able to find some consistency in his game.
The trio of Foegele – McDavid – Puljujarvi have played 22:25 of 5×5 time together this year posting strong underlying numbers. No goals have been scored either way, but they control 66.67 percent of the shot attempts and 64.47 percent of the expected goal share.
There’s lots to like here.
Zach Laing is the Nation Network’s news director and senior columnist. He can be followed on Twitter at @zjlaing, or reached by email at zach@oilersnation.com.
Nation Takes
News
Oilers Talk
Recent articles from Zach Laing