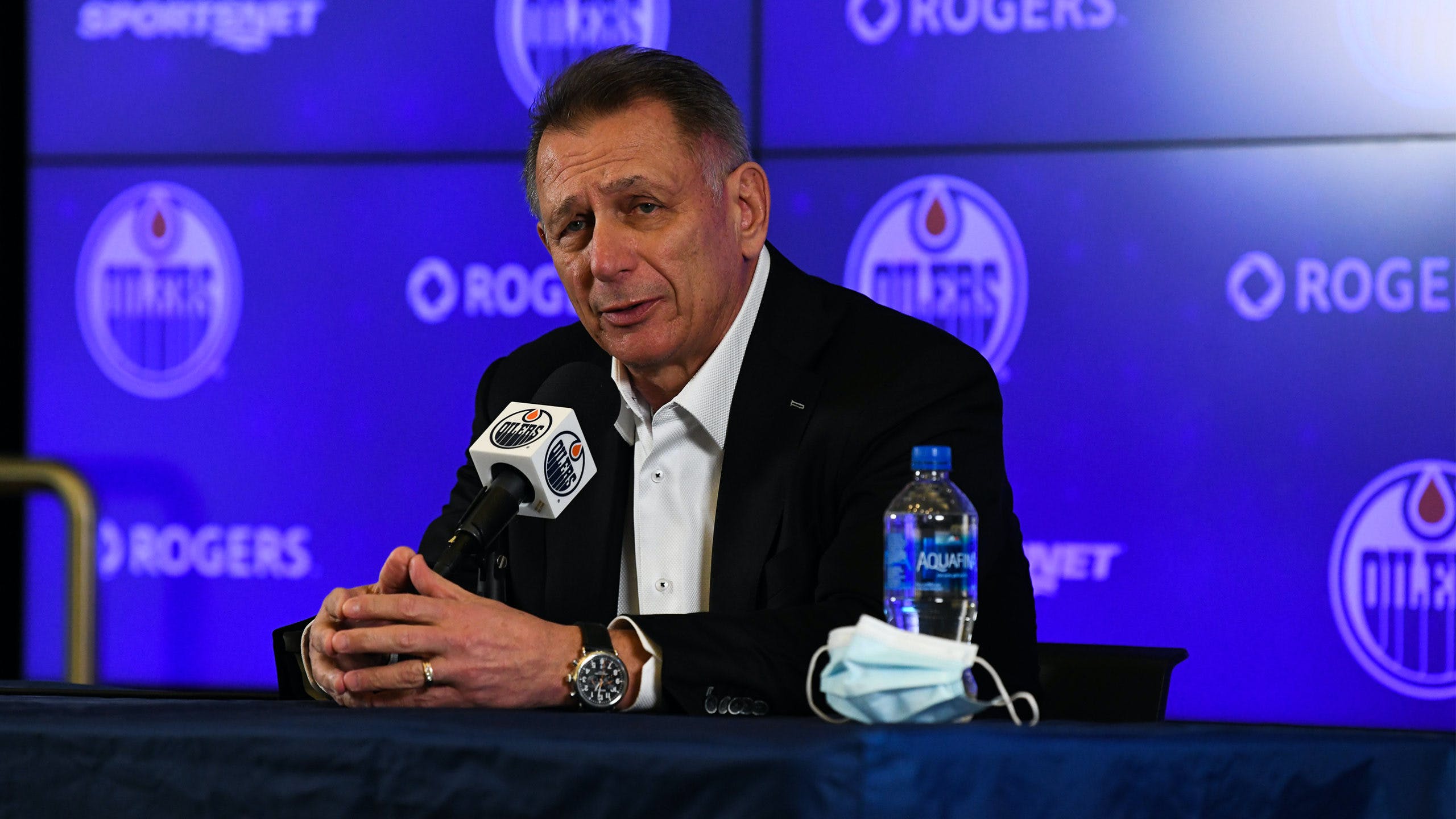 By Zach Laing
11 months ago
It was a gut feel.
That’s what Edmonton Oilers GM Ken Holland said led to him firing coaches Dave Tippett and Jim Playfair on Thursday morning.
It’s hard to argue against Holland’s move. The Oilers have been the most up and down team this year. 16-5 through the first 21 games, 7-13-3 since. That, all the while, included a 5-0-1 stretch heading into the All-Star break.
But it was clear something was wrong. Edmonton came back from the break and looked awful. They put up an embarrassing performance Tuesday and an equally disappointing game Wednesday with Chicago coming to town.
Dave Tippett laid his job on the line going with Mike Smith in back-to-back games. As I alluded to on Twitter last night, the most was akin to playing blackjack and hitting on 18. Sure, you might get lucky getting an ace, two or three, but the odds don’t favour that move in the slightest.
Tippett chose to get Smith up to play instead of playing for the two points. It was clearly the wrong decision.
Holland spoke on some other interesting topics Thursday, and it’s clear he has faith in Jay Woodcroft and Dave Manson as coaches.
I really like what Woodcroft has done down in Bakersfield. As I wrote about this morning, the Condors went 42-21-3 in his first season there, and has kept them very competitive since. Last year may have been some of his best work.
After the Condors faltered going 0-5 to start the year, they ended up winning the Pacific Division title in a COVID-19 shortened year. This season, again, he’s gotten tons out of his team. They again started the year slowly but they’ve turned it around very well.
The Condors sit with an 18-9-4 record, but have again, bounced back well.
Woodcroft is familiar with so many players from the Oilers. Leon Draisaitl, Zack Kassian, Mikko Koskinen, Connor McDavid, Ryan Nugent-Hopkins, Darnell Nurse, Jesse Puljujarvi, and Kris Russell all played under Woodcroft at the NHL level.
Current Oilers Tyler Benson, Evan Bouchard, Ilya Konovalov, Ryan McLeod, Stuart Skinner, and Kailer Yamamoto all have familiarity with him from stints at the AHL level.
Manson’s addition will be important, too. He’s done some great work with the defencemen in the AHL. Evan Bouchard, Ethan Bear, and Caleb Jones all showed well in the NHL with Edmonton.
Something else worth noting? Mike Babcock was never considered for the interim tag. Holland said the only two he had looked at were Woodcroft, and current Oilers assistant coach Glen Gulutzan to step in.
Giving Woodcroft the chance to run the bench was, in my eyes, absolutely the right move. There’s no doubt he would’ve garnered massive consideration from teams across the league for various head coaching roles, so the Oilers get ahead of the curve by giving him a shot.
Let’s see what he can do.
Zach Laing is the Nation Network’s news director and senior columnist. He can be followed on Twitter at @zjlaing, or reached by email at zach@oilersnation.com.
Nation Takes
News
Oilers Talk
Recent articles from Zach Laing