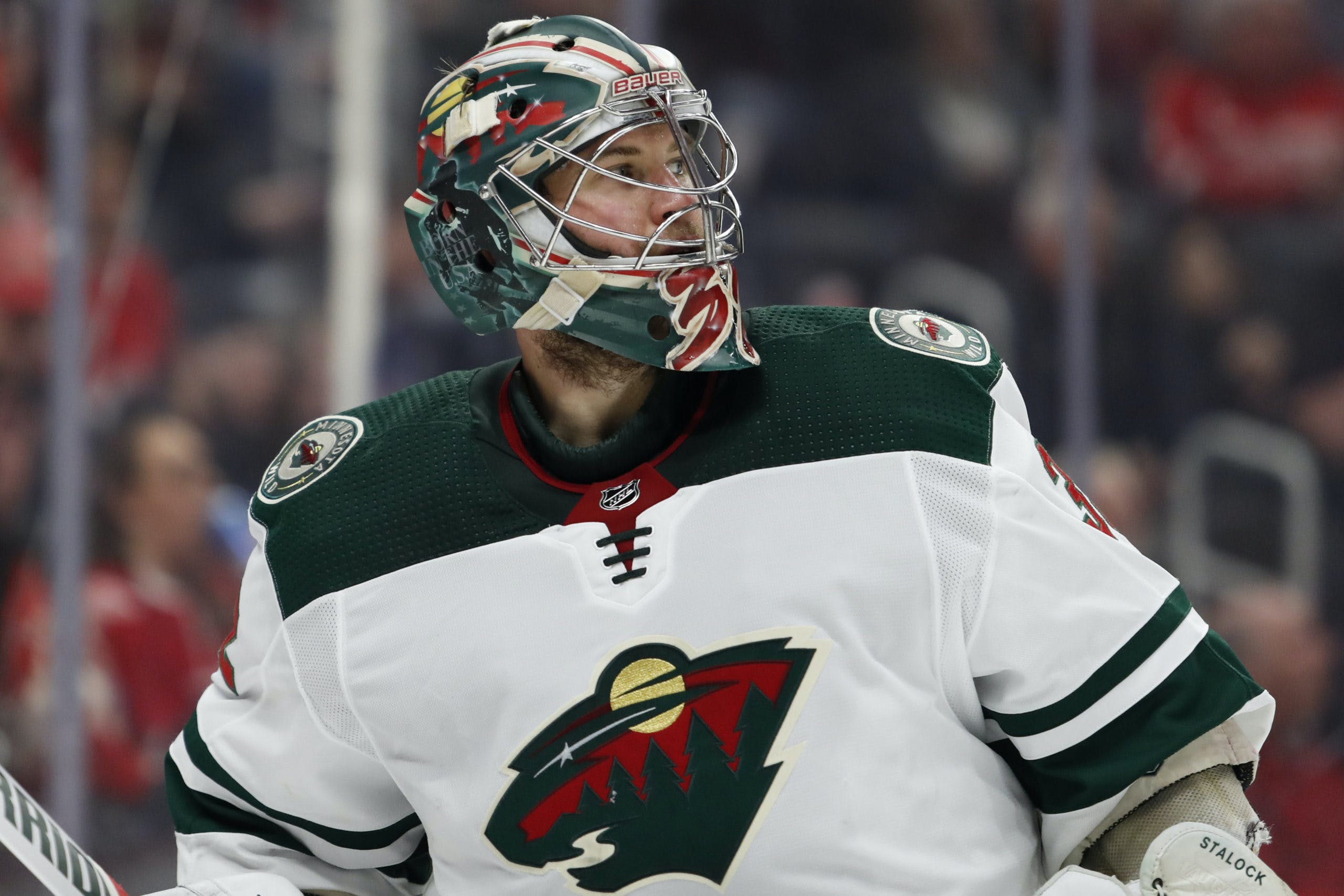 By Zach Laing
10 months ago
Edmonton Oilers goaltender Alex Stalock will be attempting an NHL comeback.
Stalock has been out of the NHL since the 2019-20 season after developing a heart condition from COVID-19, but according to multiple reports, has been cleared to attempt a comeback.
News of him being able to return to hockey is tremendous and a great sign after what will have been without doubt a scary time.
The Oilers claimed Stalock off waivers on March 1, 2021, but never suited up for the team.
Originally drafted in the 4th round of the 2005 draft, Stalock has played 151 NHL games over nine season between the San Jose Sharks and Minnesota Wild. In those games, he’s posted a 61-59-18 record, .909 save percentage and a 2.61 GAA.
Over the same time, Stalock appeared in 200 AHL games posting a 104-71-19 record, a .914 save percentage and a 2.52 GAA.
While not major, the Stalock news will throw a little wrinkle into the Oilers goaltending situation. Stuart Skinner has been playing the lionshare of games in the AHL and Oilers GM Ken Holland said Tuesday he wanted that to continue.
I’d imagine Stalock gets a few games down there at the very least, but what happens next? At 34-years-old, I can’t imagine him challenging for minutes with either Mike Smith or Mikko Koskinen.
Nonetheless, it’s a great feel good story for Stalock.

On Tuesday, the Oilers announced they assigned Markus Niemalainen to the AHL’s Bakersfield Condors.
Zach Laing is the Nation Network’s news director and senior columnist. He can be followed on Twitter at @zjlaing, or reached by email at zach@oilersnation.com.
Nation Takes
News
Oilers Talk
Recent articles from Zach Laing