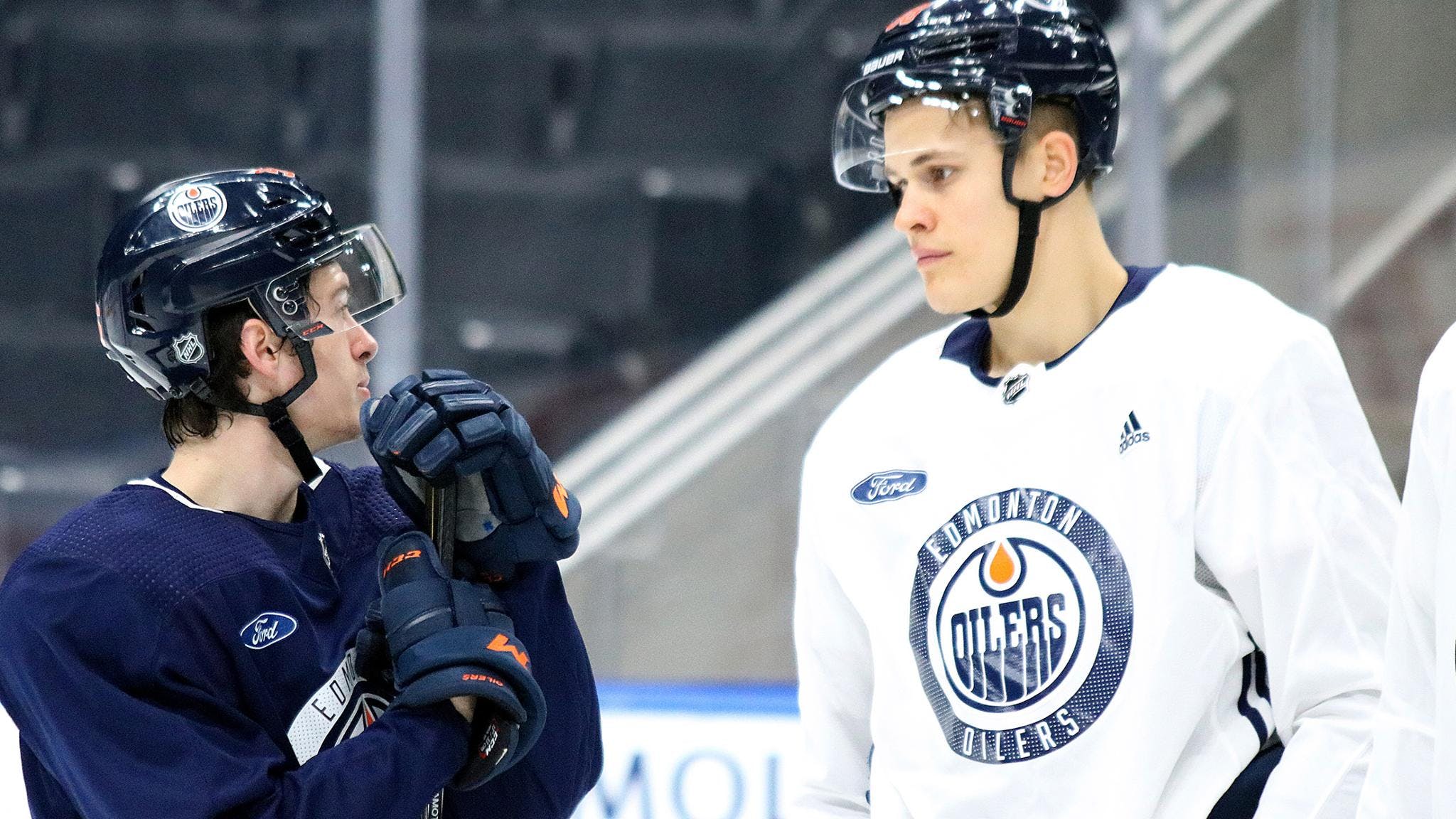 By Zach Laing
6 months ago
The Edmonton Oilers got a bit of work done Sunday.
Hours after announcing their 37-man development camp roster, the club announced they issues qualifying offers to three players: Jesse Puljujarvi, Tyler Benson, Ryan McLeod and Kailer Yamamoto.
The Oilers also announced three players: Brendan Perlini, Ostap Safin, and Filip Berglund, weren’t issued qualifying offers.
There are no big surprises here. Despite trade rumours, the Oilers have held onto Jesse Puljujarvi thus far and if they plan on trading him, this had to happen. Benson had a rough year, but is still a valuable depth organization piece who could compete for more NHL minutes this year.
In terms of the trio who weren’t qualified, Perlini had the most struggles. He was in and out of the Oilers lineup before they waived him. He found some consistency in the American League afterward. I do wonder if they look to bring him back on an AHL deal because he did score 18 points in 18 games in Bakersfield. Safin, meanwhile, signed with HC Spara Praha in the Czechia league while Berglund signed with Orebro HK in the SHL.
Here are the qualifying amount offers, per CapFriendly:
Puljujarvi – $1,410,000
Benson – $787,500
McLeod – $813,750
Yamamoto – $1,175,000
Zach Laing is the Nation Network’s news director and senior columnist. He can be followed on Twitter at @zjlaing, or reached by email at zach@oilersnation.com.