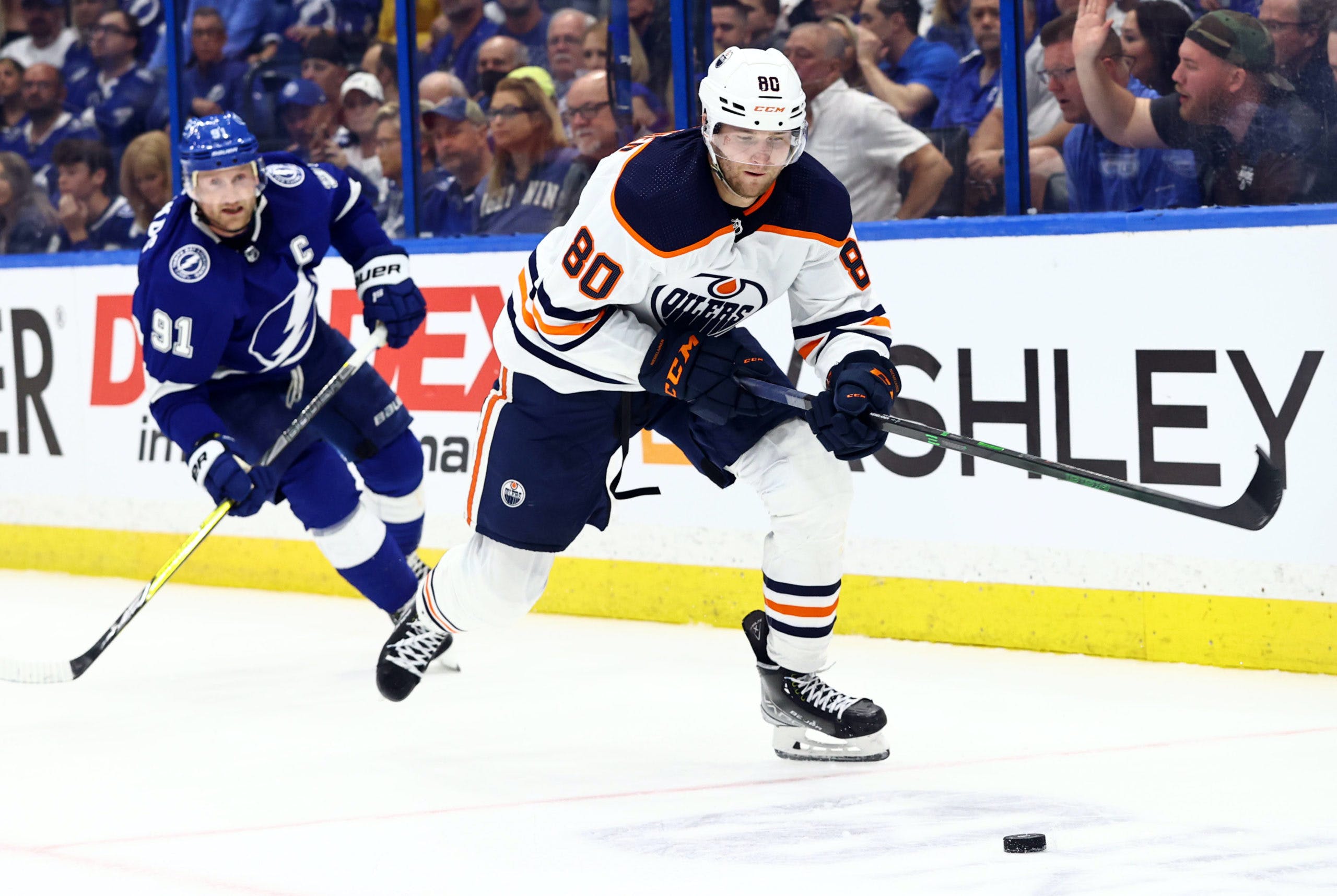 By Zach Laing
8 months ago
The Edmonton Oilers loaned defenceman Markus Niemelainen to the AHL’s Bakersfield Condors Tuesday.
The 23-year-old rookie has appeared in 20 games with the Oilers this year registering one point, an assist. He, however, has brought a physical brand to the Oilers backend.
Among all Oilers defencemen, his 18.64 hits per hour rank far and away first, with Darnell Nurse’s 7.14 ranking second.
Not only does Niemelainen lead all Oilers rearguards in that stat, he also leads all NHL defensemen who have played >260 minutes. On top of that, it’s over 3.1 hits per hour over the second-ranked player, Mark Borowiecki, who has 15.51 hits per hour.
The move is a curious one for that reason. Niemelainen has provided lots of jam that the Oilers back end has missed. His ability to lay the body has made things difficult for opposing forechecks.
Niemelainen’s underlying numbers have struggled this tear quite a bit. With him on the ice at 5×5, the Oilers controlled 47.67 percent of the shot attempts, 35.29 percent of the goals, and just 46.42 percent of the expected goals.
There’s lots of room for improvement in his game, that goes without saying, but that physicality will be missed.
As noted by our own Jason Gregor, this move could point to the fact the Oilers want to carry three goaltenders.
Zach Laing is the Nation Network’s news director and senior columnist. He can be followed on Twitter at @zjlaing, or reached by email at zach@oilersnation.com.
Nation Takes
News
Oilers Talk
Recent articles from Zach Laing