Youth Must Be Served 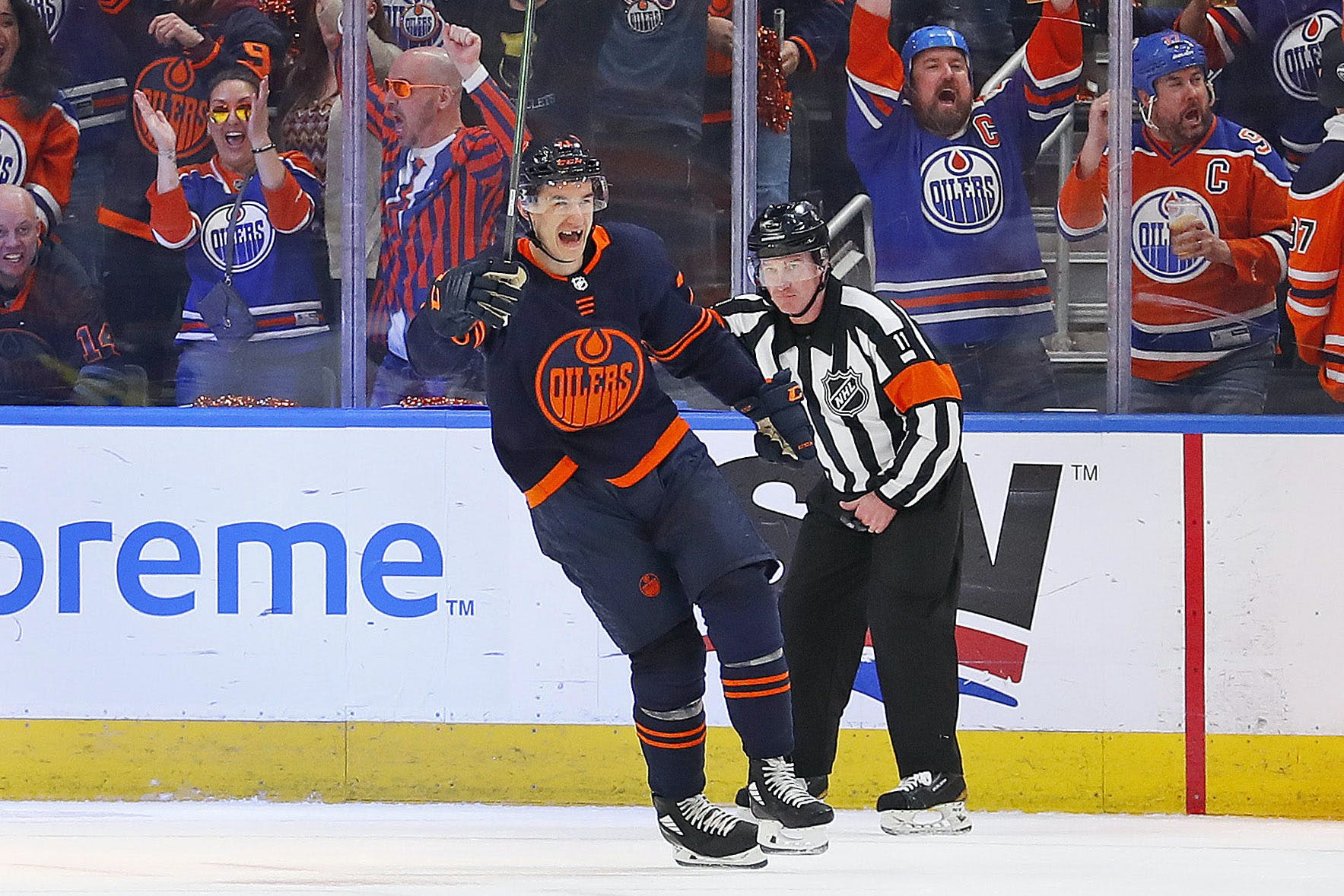 By Robin Brownlee
7 months ago
If money was no object, Ken Holland could take care of what needs to be done with the Edmonton Oilers this off-season by throwing around the dough like he did during his days running the Detroit Red Wings and winning Stanley Cups for pizza magnate Mike Ilitch. How much will it take, Evander?
Holland can’t of course, and neither can any of his peers in GM chairs around the NHL, because the implementation of the salary cap for the 2005-06 season took care of that. Spending smarter instead of flashing the tallest stack and spending more is how the best teams do business now.
In the economics of today’s NHL, value contracts matter. Part of that means having younger players — like @Evan Bouchard, @Ryan McLeod, @Philip Broberg and Dylan Holloway — contributing to the team. Along the way, that can help provide the financial wherewithal to retain the likes of @Kailer Yamamoto and @Jesse Puljujarvi, or maybe find a goaltender or pursue a big contract here or there without ending up in cap jail.
Holland talked about that in his exit interviews with the media last week. I immediately thought of Bouchard and McLeod, who both took sizeable steps this season to establish themselves as bonafide NHLers alongside bigger names on the marquee. 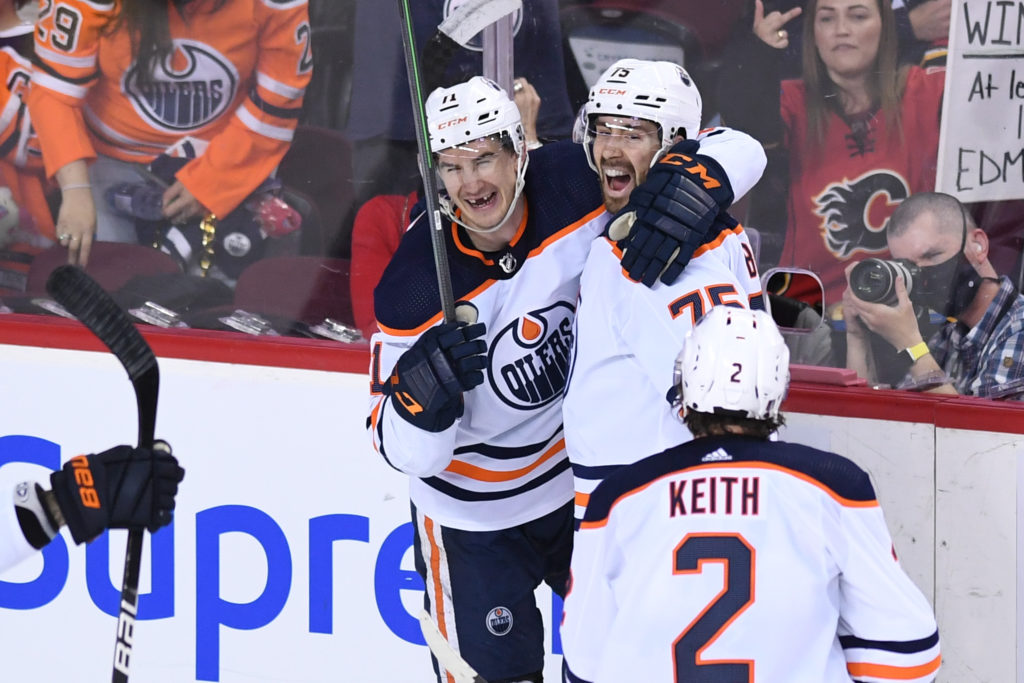 May 20, 2022; Calgary, Alberta, CAN; Edmonton Oilers defenseman Evan Bouchard (75) celebrates his goal against the Calgary Flames in the second period in game two of the second round of the 2022 Stanley Cup Playoffs at Scotiabank Saddledome. Mandatory Credit: Candice Ward-USA TODAY Sports
“We’re in a cap world,” Holland said. “One of the things you need is an internal push — if you’re 24-and-under, we need you to take a bigger piece of the pie. Whether you’ve been on the team or you’re in the American League, we need you to push. We need you to push this off-season.
“Take a week off here to get your mental health and get yourself all cleaned up, then you’ve got to dig in here in the offseason to come in here in September and push for a bigger piece of the pie, bigger responsibility, bigger role, bigger minutes . . . number one, get better. Part of it has got to be internal. It’s a cap world, you can’t just go out and spend a bunch of money.”
“Experience is great for me,” said Bouchard, who took a big step playing in 81 games, producing 43 points and playing just under 20 minutes a game. “To be part of a run like this is special and it shows you what it takes to get to this level, but it shows you that you got to put more into it to get to the final and to win it. This experience is great for me and everyone else.”
After getting into 10 games in 2020-21, McLeod played 71 games this season. He’s an RFA coming off a three-year deal with an AAV of $925,000. “I think it was huge,” McLeod said of the experience of going three rounds deep in the post-season. “It was a lot of fun and a lot of good experience for us and a couple of the other young guys to get our feet wet in the playoffs.
“It’s kind of exciting with the group we have and the success we’ve had so far . . . the last couple years we’ve had good teams and came up short in the playoffs. This is a good step forward for the group. As we were saying in the room, it’s only a step forward though if we continue going further in the next couple of years.”

We know what the big questions are this off-season. What about the goaltending? Does it make any sense to take a run at retaining Kane and how is that even possible? Well, no it doesn’t and no, it isn’t. What do new deals for Yamamoto and Puljujarvi look like? How about this Andrei Kuzmenko? He’s in Edmonton this week.
It would be simpler if Holland still had all that pizza dough to throw around — and Daryl Katz’s money would work just fine as well — but the cap is the cap. That’s why developing and being able to play youngsters like Bouchard and McLeod and Broberg and Holloway is so important.